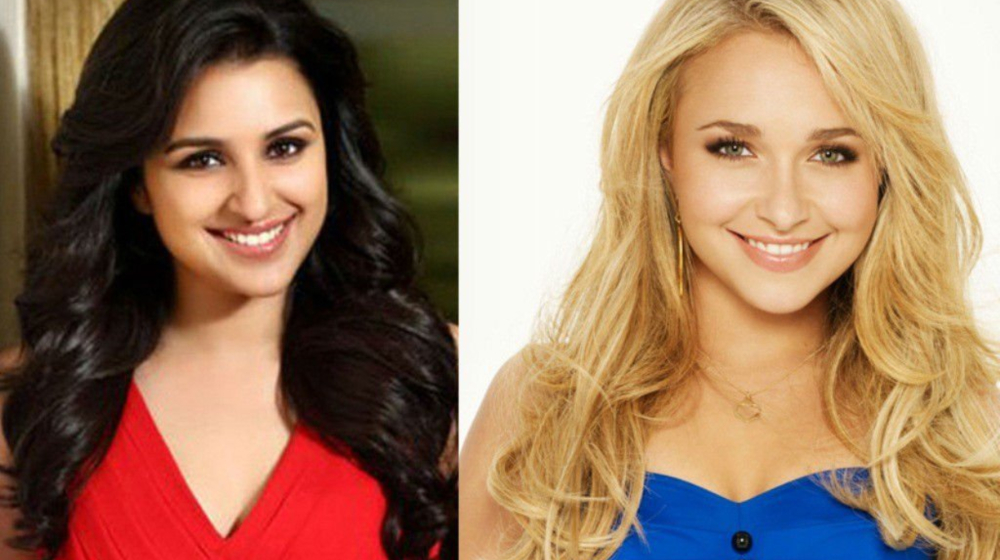 We know that Hollywood has quite a few Bollywood look-alikes (or is it the other way around?).

These ladies, despite living continents apart, seem every bit the spitting image of each other.

We tale a look at five Bollywood actresses who have a doppelganger in Hollywood of all places.

People had thought that Anuskha Sharma is a Julia Michaels look-alike for a while. Some even said that Anushka was a brown Julia Michaels. The similarity could no longer be kept silent when social media spread the news like wildfire. Even Julia Micheals accepted she’s an Anushka Sharma look-alike.

Parineeti Chopra’s look-alike has obvious physical similarities. The Heroes actress shares a doll-like face and petite size that could make people mistake her for Parineeti, if she wasn’t blonde that is. Their faces though have an uncanny resemblance though. Parineeti Chopra definitely looks like Hayden Panettiere’s doppelganger.

There have been many Drew Barrymore look-alikes, however, Preity Zinta is the first brown Drew Barrymore doppelganger. From her dimples down to their grin, no wonder they look so much alike.

Did we say that Hollywood does not have a Deepika Padukone look-alike? Apparently thats not true if you look at Irina Shayk, a model for Sports Illustrated. The crazy part is not only is Deepika an Irina Shayk look-alike, they even have the same height and physique.