April 3rd, 2020 marks the 56th birth anniversary of one of the greatest pop singers in Pakistan, Nazia Hassan. Not only a musical legend but a cultural icon, Nazia stole millions of hearts with her alluring vocals and catchy tunes. Though we all grieve of the singer’s untimely death in 2000, Nazia Hasan will never be forgotten.

In honor of her birthday, we take a look at some of her most famous songs that embodied her charming personality and soulful voice.

The song that made her a household name not only in Pakistan but across the border as well. Nazia’s song was part of the soundtrack for the film Qurbani that featured Bollywood stars like Zeenat Aman and Feroz Khan. Not only that, Nazia Hassan won the prestigious Filmfare Award for the track.

One of Nazia’s best performances in terms of the subtle disco tune, unforgettable lyrics and of course a mesmerizing video. The song came out in 1983 and was an instant hit with the masses. Her performance in the song and the video touches your soul with its uplifting music and a simple narrative.

Everyone knows this song and to this day, the song is part of almost every party playlist. Even Tomorrowland DJ FDVM couldn’t help but rock the crowd with his remix of the iconic song at the Solis Music Festival. Bollywood tried their hardest to capture the magic with their shallow version of the song in Student of the Year. However, Nazia Hassan’s original is a timeless classic that still has us loosen up and groove to the music.

Another song that made us fall in love with the sibling duo of Nazia and Zoheb, “Dosti” was an ode to friendship. The song remains etched into our hearts forever!

Who would’ve thought Nazia Hassan’s desi take on Alice in Wonderland would be so magical! With a peppy beat and a fantastic 80s style video, Nazia Hassan’s song was a treat to listen and nod to. Even though the lyrics holistically encapsulated the early days of romance, it is the video that stays with you. 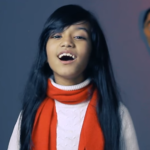 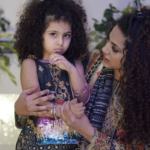