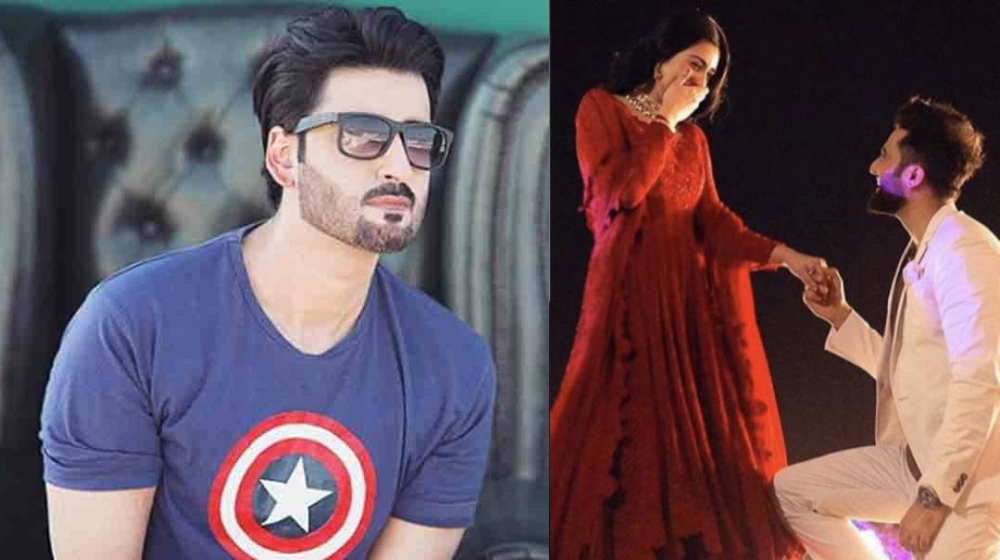 Too often we see celebrity exes all bitter towards one another when it doesn’t work out. But sometimes, its good to see that’s not always the case. Aagha Ali proved that people can keeping it civil.

The actor posted a cryptic message sending out best wishes in an Instagram story. Naturally, fans figured he’s sending his regards and prayers for happiness to Sarah Khan, who he was once romantically involved with.

“I pray God bless (you) with much happiness, …. and may they have a great life ahead. Ameen.”

The two were one of the industry’s most beloved couples until they parted ways some 2 years ago.

Sarah Khan and Aagha Ali met on the sets of Tmahare Hain and soon afterward they were in a relationship. The two co-starred in some drama series as well.

However, in 2018, after their play Band Khirkiyan went on air, Sarah and Aagha announced that they had officially split. After that Sarah Khan seemed to have lost faith in love, stating she’ll just roll with an arranged marriage.

Does Sarah Khan Prefer A Love Marriage or an Arranged One?

Aagha Ali also moved on with his Dil-e-Ghumshuda co-star Hina Altaf. The two seemed to be really close friends until they were married. The couple kept their relationship really low-key.

When we see an industry where people avoid their exes like the plague, or even worse act like Vivek Oberoi (after his failed romance with Ashwarya Rai), it’s nice to see Sarah Khan and Aagha Ali moving on and being so civil.