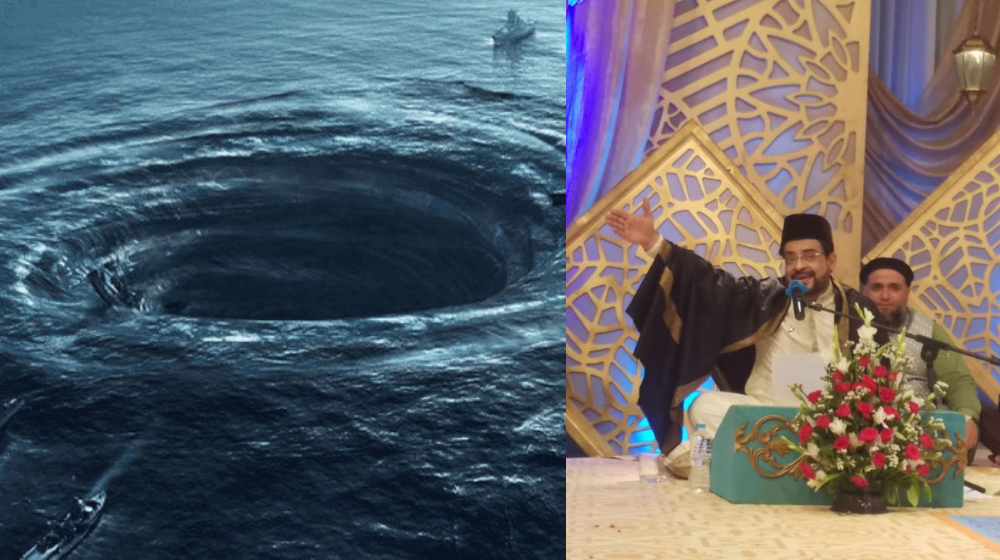 Aamir Liaquat is not the only one who believes in this ‘Bermuda Triangle as Dajjal’ theory. Many people support this conspiracy theory. They equate all those mysterious disappearances in the region to support their claim.

Bermuda Triangle, popularly known as the Devil’s Triangle, is a geographical location in the North Atlantic Ocean. It is a site off the coast of North America between Florida, Puerto Rico and the island of Bermuda.

Despite common belief that it’s a gaping hole in the ocean, it’s just regular patch of sea.

Over 50 ships and 20 airplanes (including the first female pilot Amelia Earhart), are said to have mysteriously disappeared into the triangle. Plus its too bad that satellite imagery hasn’t been much help here as well.

Several cultures have their own conspiracy theories to explain the phenomenon. Western cultures attribute the Devil’s Triangle mystery to the location being haunted or occupied by aliens (its always those trespassing aliens).

Then there’s a theory that the region is a portal to the fourth dimension. Does that explain why anyone who gets too close gets sucked in, like in a black hole?

What Scientists Have to Say About It

From aliens to fire-crystals from the lost city of Atlantis, he rubbished them all.

The scientist explained that the reason why so many ships and planes disappeared in the region was due to plain human error and nothing else.

“It is close to the Equator, near a wealthy part of the world – America – therefore you have a lot of traffic.”

Another scientist, Dr. Simon Boxall, an oceanographer and principal teaching fellow at the U.K.’s University of Southampton explained that rogue waves play a part in this too.

“Rogue waves are one explanation and they do occur in the Bermuda region but by no means uniquely here…..they are far more common off the Cape of Good Hope (off the South tip of Africa),”

He too explained that with a greater amount of maritime traffic there are more incidents. Most all incidents involve inexperienced sailors.  Satellite imagery that measures sea waves in the surrounding areas explains the storms that occur near Bermuda Triangle.

“They were things of myth and sailors’ tales, but since the introduction of satellite systems capable of measuring waves there have been a number as big as 30 m (100 feet) measured and verified.”