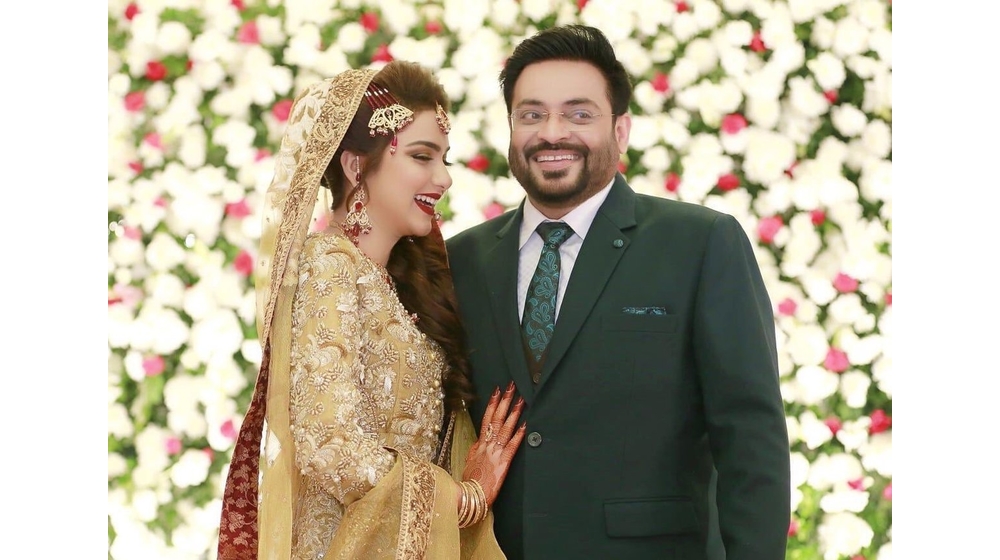 While we were at our happy places over the weekend, the world had something else planned and Twitter was the first to inform us.

Aamir Liaquat tied the knot (again) over the weekend and we know this because he tweeted it. Yes it really happened because now its on Twitter.

There is a reason why two people stay together. They give each other something nobody else can.

There’s a reason the two people stay together but, this was indeed his second marriage. So how did the first woman he promised to stay together with approve of this union? She may forever keep her silence but his daughter certainly won’t. Aamir Liaquat’s daughter Dua Aamir took to Twitter to express her sadness and the disappointment that most children can’t recover from, a broken family.

When your parents let you down you can’t help but still pray for their happiness and well being because in the end you still can’t believe the betrayal is real. That is what Dua seems to feel right now, as is evident from her tweet here:

Another day, another tragedy
Ever since you hurt your family
Sincerest prayers for you to recover
And that too goes for the homewrecker
Hoping Allah guides you to the right way
Whilst your children wipe their tears away.

Aamir Liaqat’s first wife Bushra Aamir is also the mother of his two children. You’d think the world would learn from history and avoid making the same mistakes but nooo.

Despite the fact that a wife’s approval is required for a second marriage, the disapproval is obvious in this case.

While some people were accepting of the fact that it has happened. A lot of us can’t believe this can happen twice:

Aamir Liaquat got married again? How does he keep finding these women who think he’d make a fantastic husband?

Meanwhile, trolls have something new to work on.

FYI: To everyone who has sent me this, no, this is NOT me at Aamir Liaquat’s reception. I would never wear my tie that short. pic.twitter.com/z8LtPbKhVT

Then there was this lot: