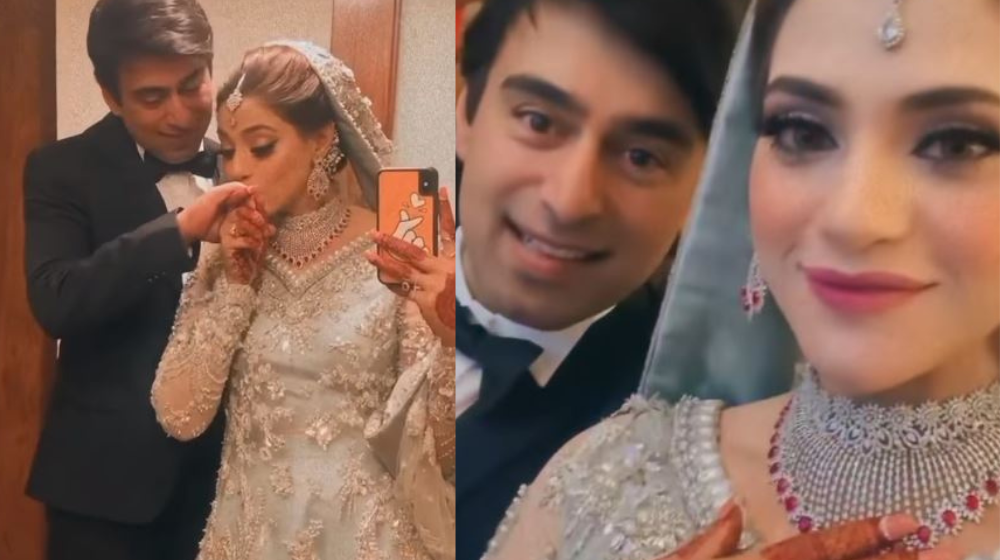 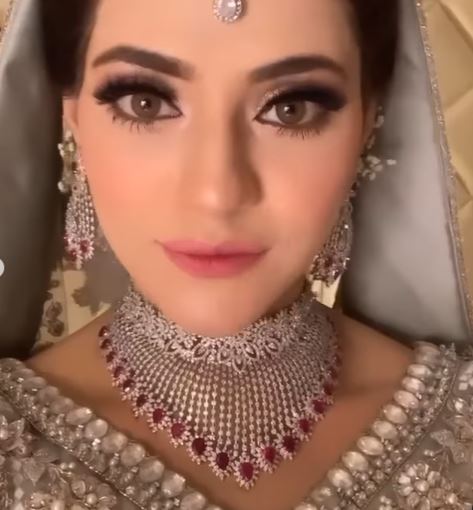 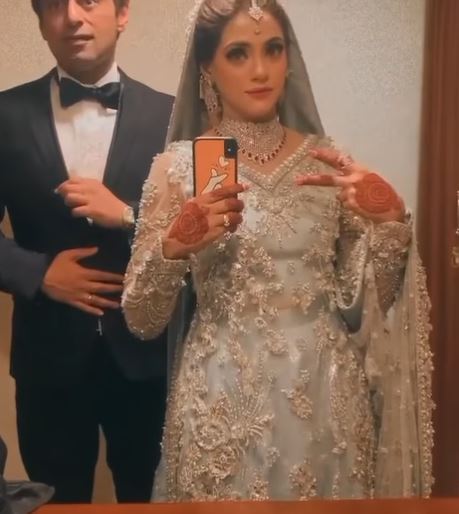 Shahid opted for a silvery-white dress replete with intricate stonework designed by Elan. She looked ultimately royal in her bridal look. The starlet accessorized her look with a silver choker adorned with rubies. Glowing with happiness, she kept her makeup full glammed up and dewy with kohl clad and mascara-laden eyes, blushed cheeks and subtle pink lip color. 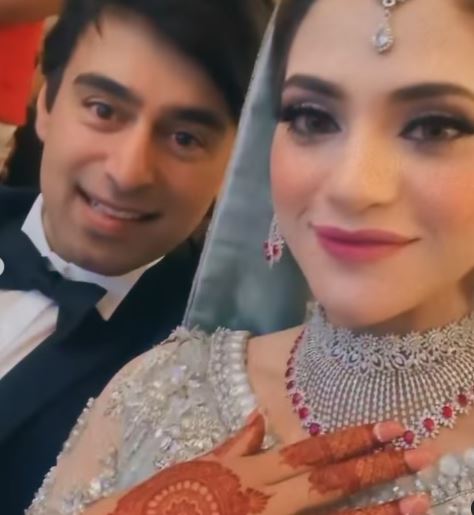 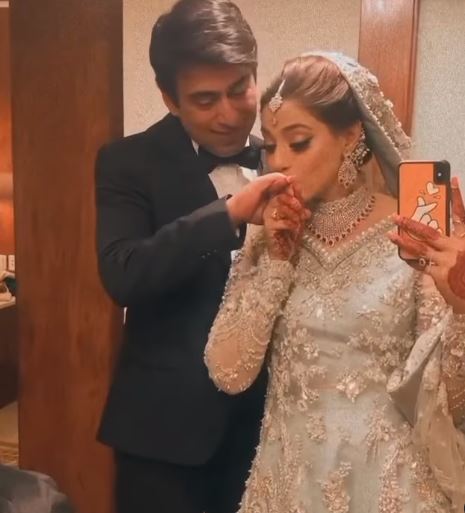 Shafqat Amaanat Ali was also spotted at the wedding performing his some hit numbers. 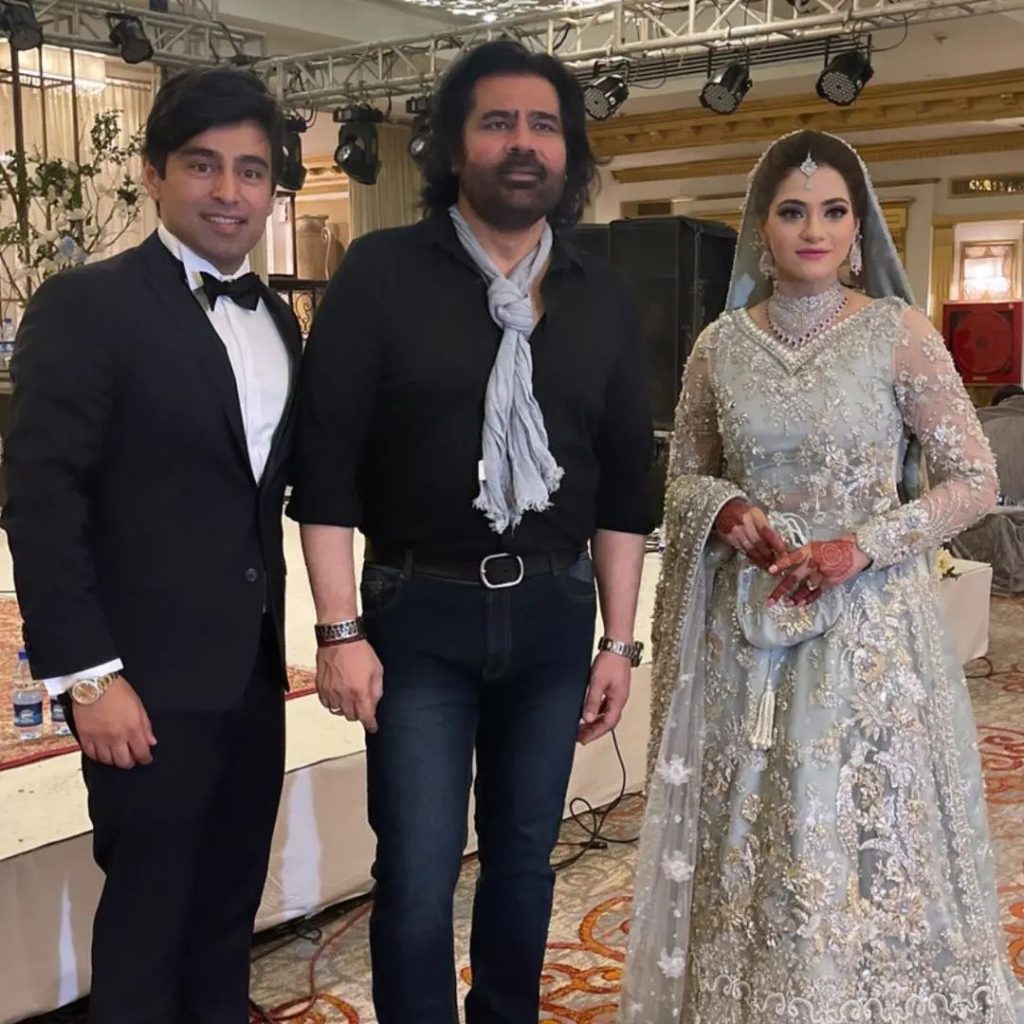 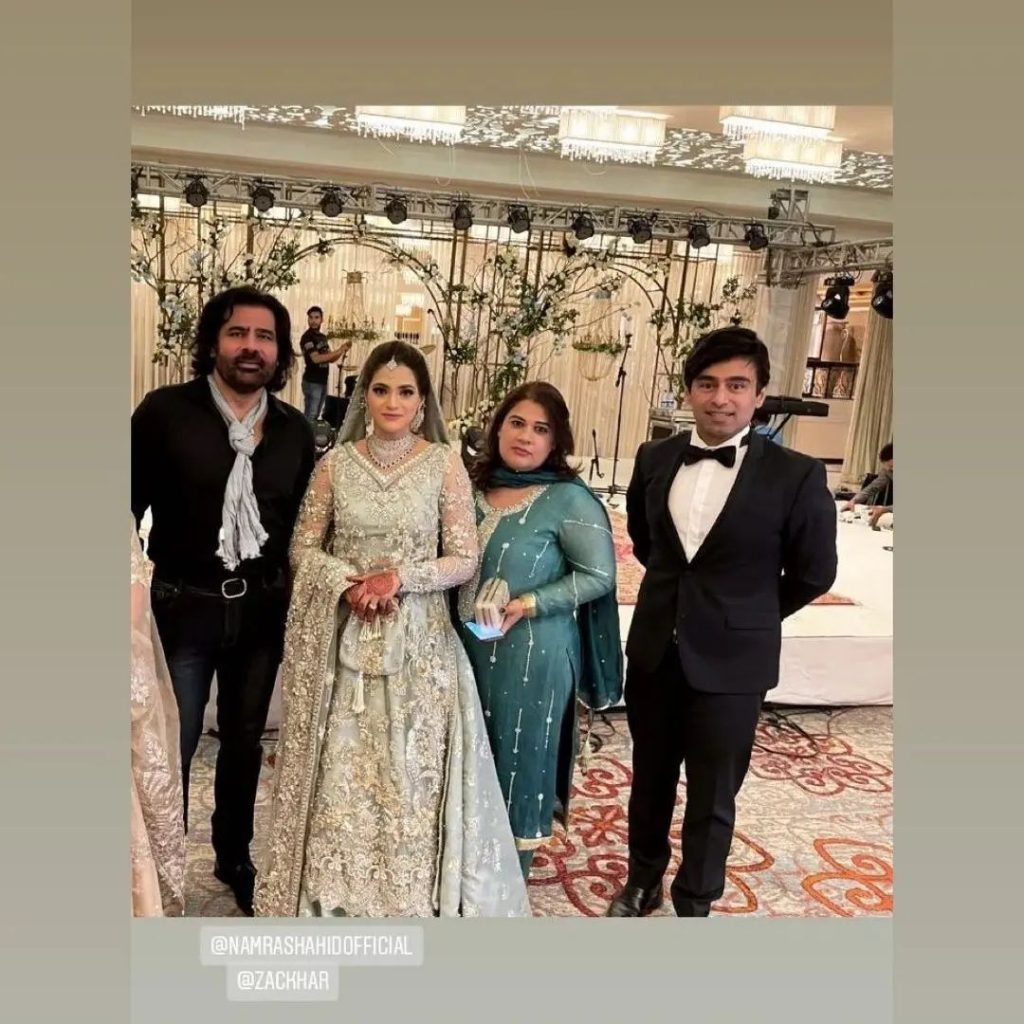 The newlyweds certainly make a beautiful couple and looks like they are made for each other. 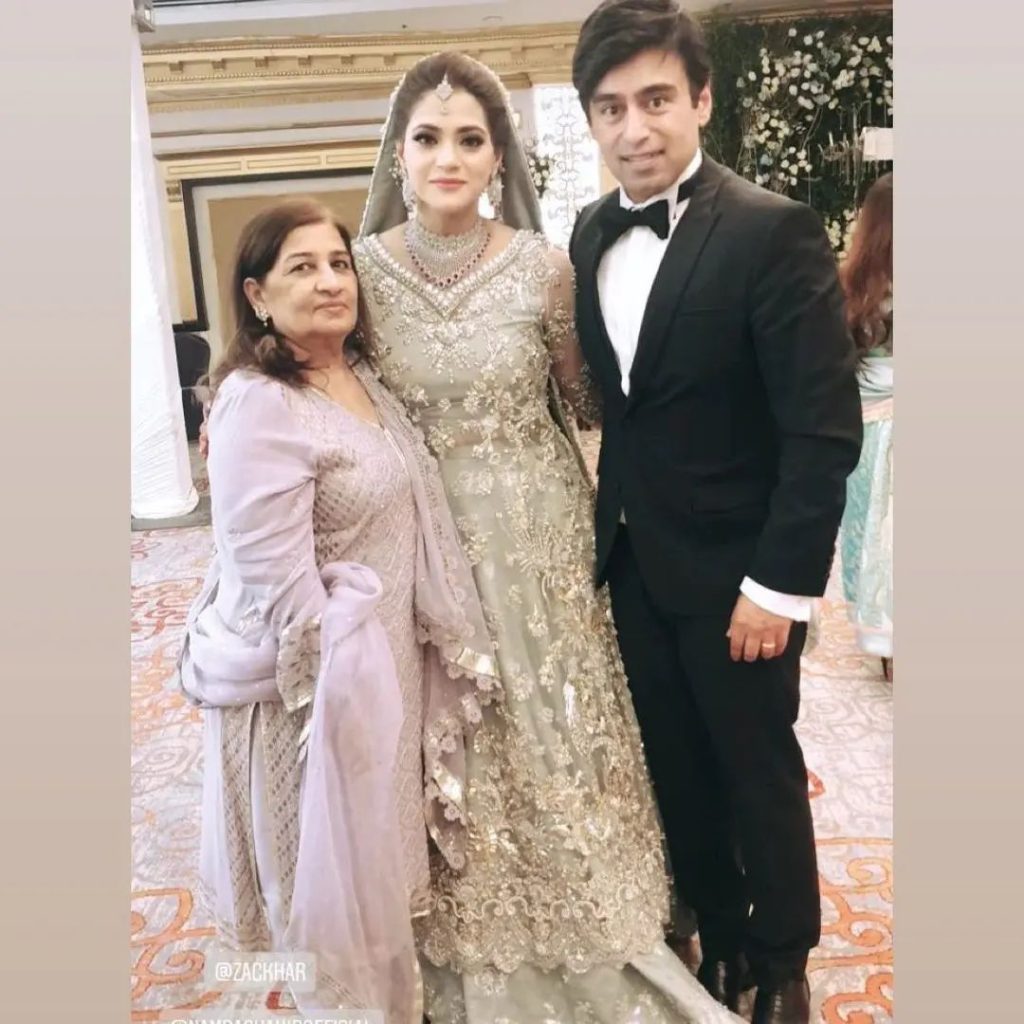 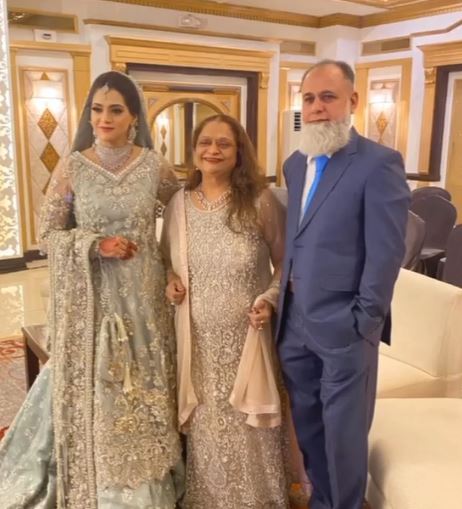 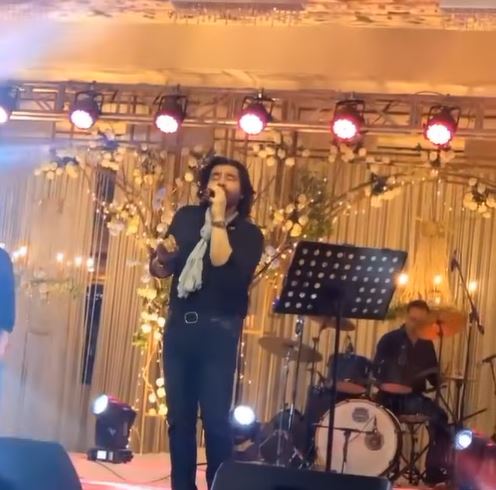 Nimra Shahid made her debut with a drama serial ‘Shehzada Saleem’ in 2016, she has worked on some back-to-back hits since then. Her next drama serial ‘Saya Deewar Bhi Nahi’ got her to the new heights of success and recognition. She later appeared in a number of dramas and multiple movies such as Bholi Bano, Darr Khuda Se, Romeo Weds Heer, Khatti Meethi Love Story, Ghar Jamai and Aye Musht e Khaak are some of her best projects.

Last, she was lauded for her performance in the drama serial Aye Musht e Khaak starring Feroze Khan and Sana Javed in the lead roles.

The Romeo Weds Heer actress has done numerous photoshoots for various brands and she has been a piece of numerous popular style weeks as well. Namra has been a part of different Television advertisements too.