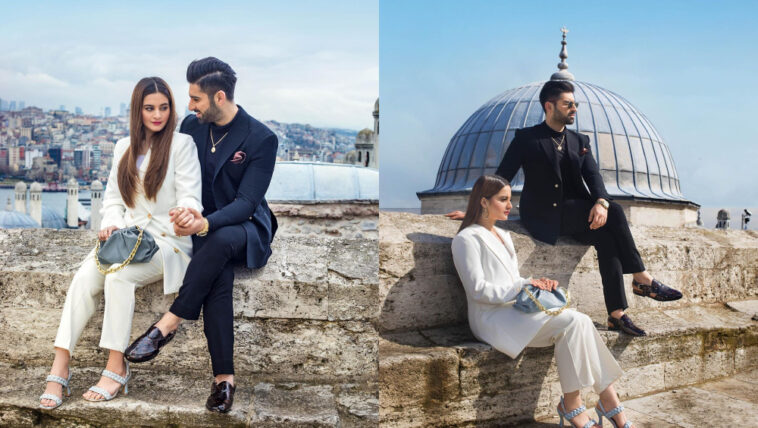 The most adored couple of our showbiz industry Aiman Khan and Muneeb Butt are slaying it in their latest shoot and giving us some major boss vibes.

Aiman Khan and Muneeb Butt are the talk of the town since the two tied the knot not so long ago. The young actress left showbiz after marrying fellow actor Muneeb Butt. The adorable couple had a glamorous wedding as fans can’t help gushing over their clicks. The duo is blessed with a beautiful baby daughter Amal Muneeb. 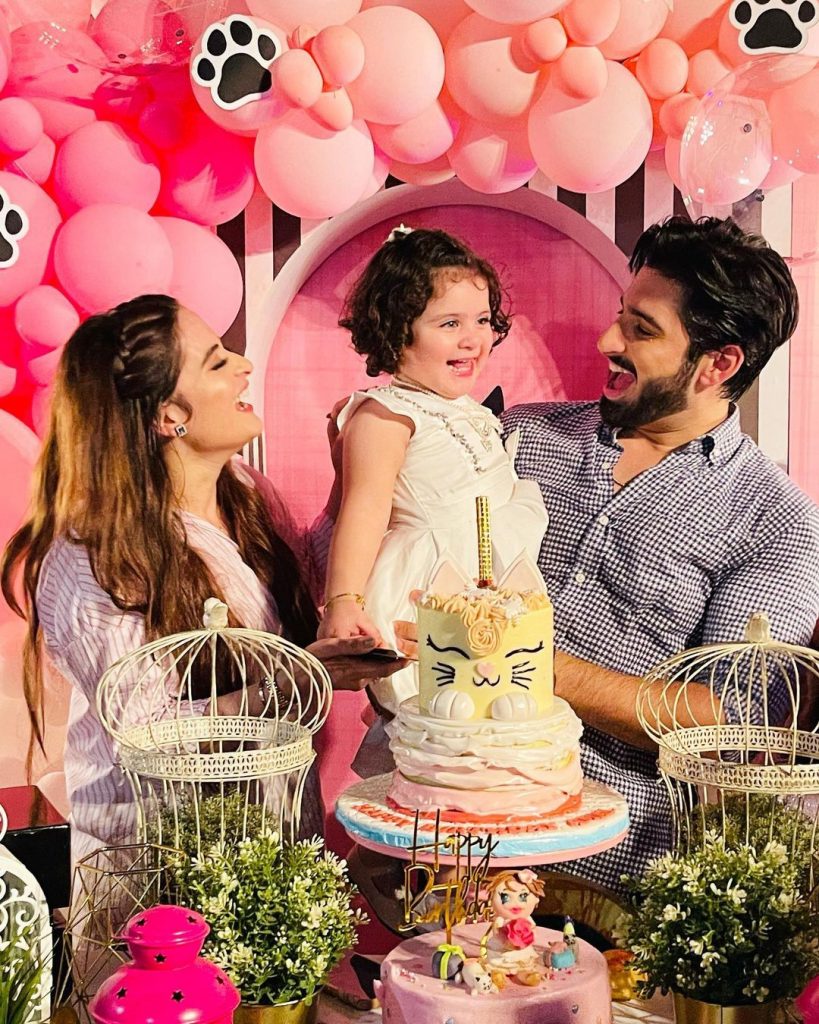 They are active users of social media as they keep updating fans and followers with the latest happenings from their married life and work-life together. Muneeb Butt has his own YouTube channel as he keeps on uploading different videos from his daily life on the social media channel. 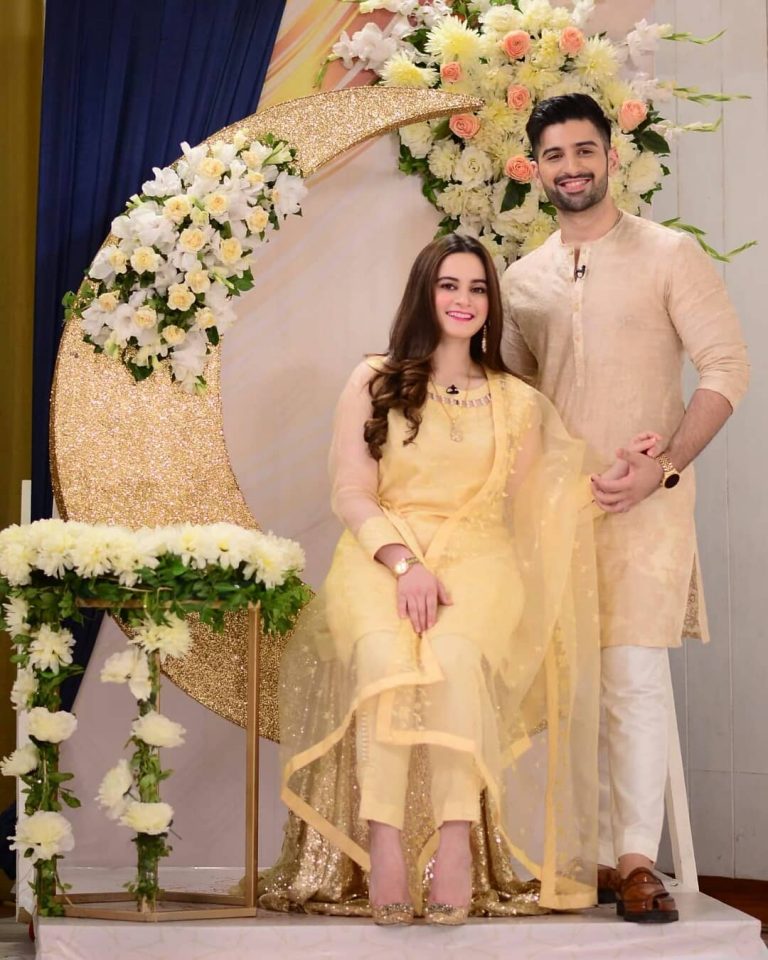 Recently the Baandi star shared exclusive clicks from their shoot on her social media account and fans are gushing over it. They both look super cool in it. Have a look! 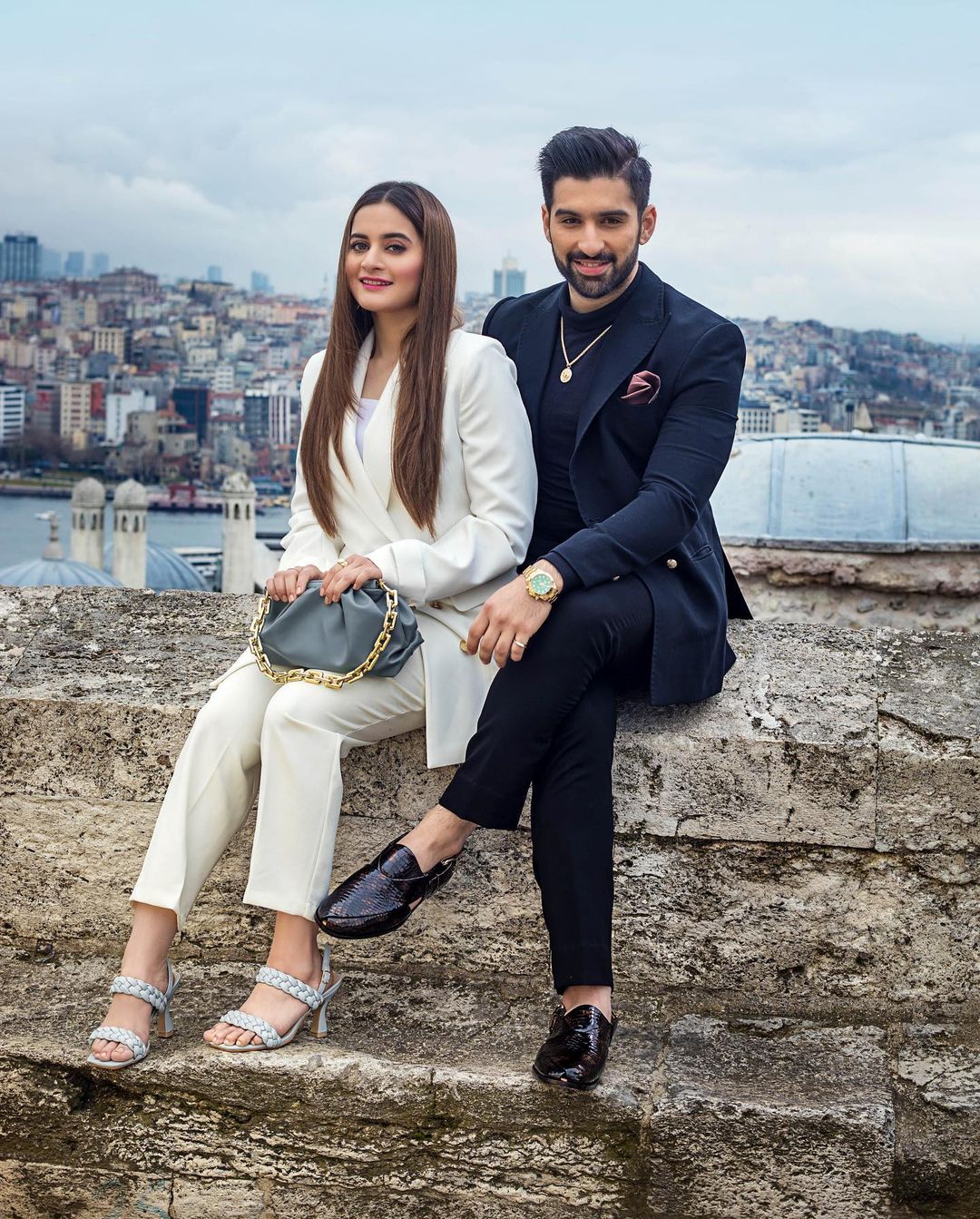 The Yaariyan star is looking dapper in a black suit and enhancing his style game by pairing it with shiny black Kohati sandals. 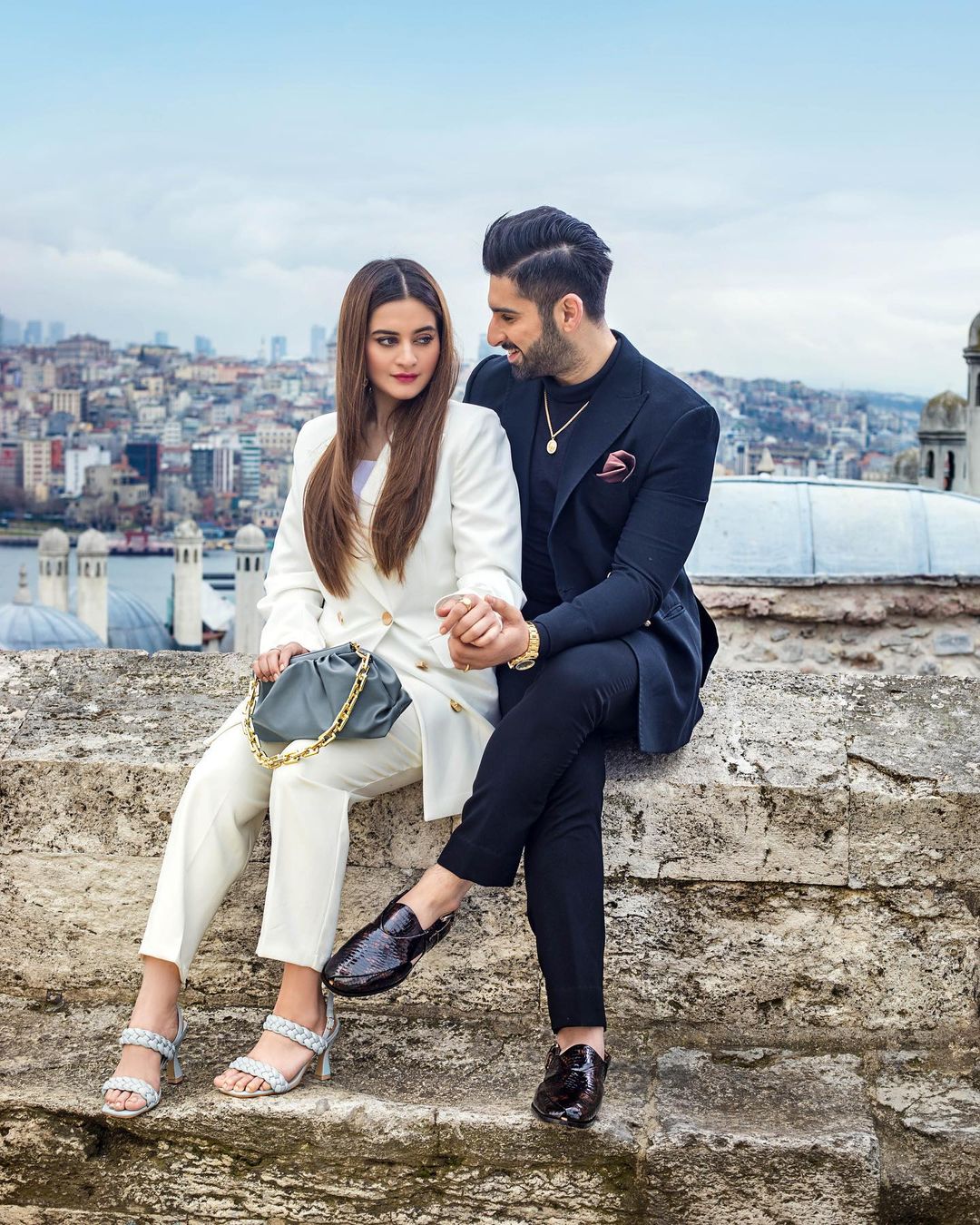 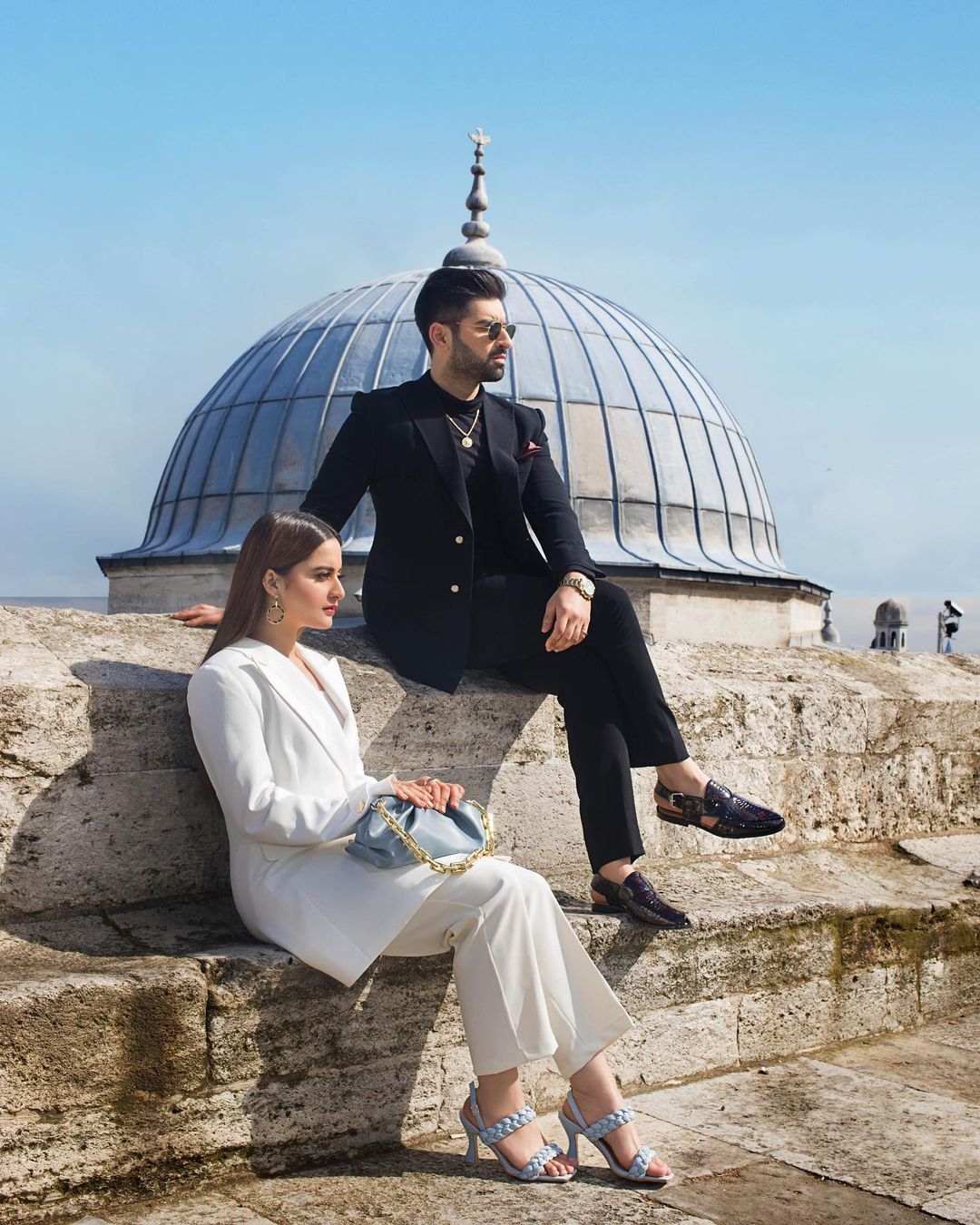 What do you think of the duos latest clicks? Let us know in the comment section below. 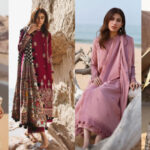 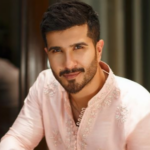