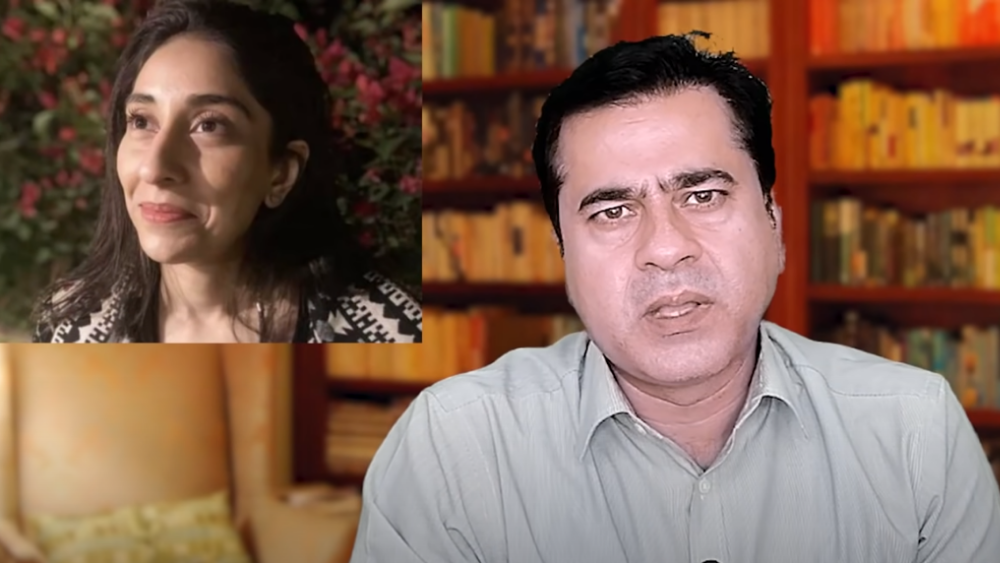 Anchor Imran Riaz Khan has come forward to clarify his stance on Noor Mukadam’s case after a video of him went viral on Tuesday. A few days ago, the anchor shared a video on his YouTube channel, titled Conspiracy against Pakistan and defense of PM Imran Khan.

In the video, he discussed Sadaf Kanwal’s problematic statement, which according to him, was ‘wonderful’. He agrees with her that our culture is about husbands and ‘liberal feminists’ are disrupting that culture. While discussing Noor Mukadam’s case, Imran Riaz can be heard drawing parallels between her murder and her lack of telephonic conversation with her father.

“Noor’s father texted her 8 times, but she only responded thrice. But do you know how many times she had contacted Zahir, the guy who beheaded her? She contacted him numerous times, what is this?”

Further explaining his argument on ‘connectivity,’ he says,

“Our religion, Islam advises us not to do it [be in an intimate relationship]. It is a sin, then there’s the concept of ‘Na mehram’ and your society doesn’t allow you either but you’re still doing it. These things have drastic consequences [referring to Noor’s murder], we are warning you.”

The journalist received a lot of backlash after netizens came to find out about his problematic views.

Shame on you. This is exactly the mindset that perpetuates and enables the behaviour showcased by #ZahirJaffar. You blame the victim and try to justify what happened by the number of times she spoke to her dad? Nice journalism. #JusticeForNoor #NoorMuqaddam pic.twitter.com/6JQNMKOJqz

Who would have thought that smone cud try to justify beheading, well look this is creature then. https://t.co/s3kcvmtdYx

“I have five messages to my dad and 45 voice note to my driver over the last five months. Take up Bollywood gossip if you want viewership, leave Noor and her honour alone,” wrote Anoushey in her Instagram story. 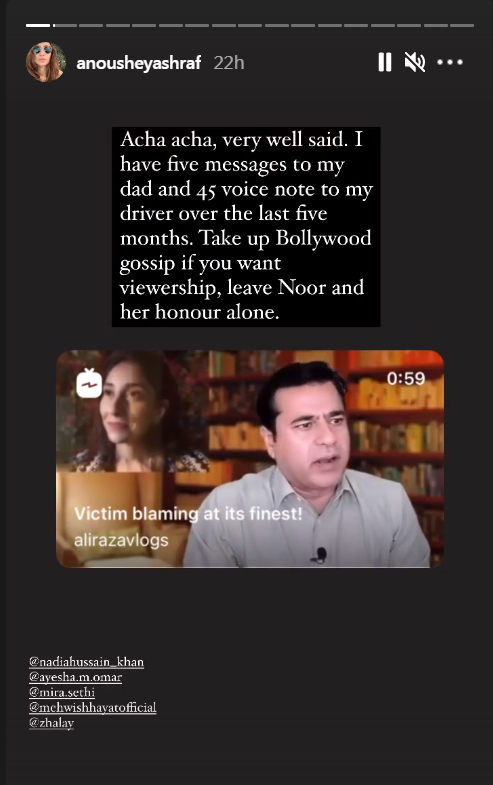 In another story, Anoushey questioned how Imran Riaz Khan knows so well about Noor’s relationship with her father, ‘who by the way has mentioned how loving, caring and giving his daughter was.’

“Men this ignorant ultimately make it the responsibility of women each time. Even if they’ve been killed ruthlessly.” 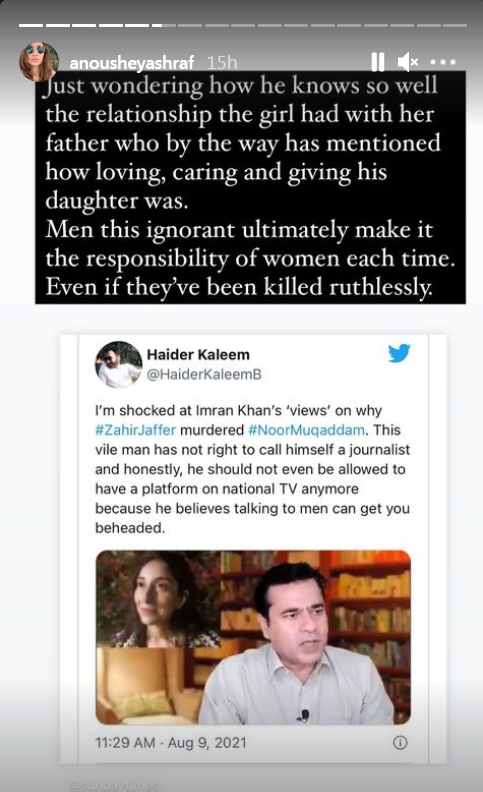 “When ‘educated’ people make such statements you know the state of affairs and state of mind both are in the wrong place.” 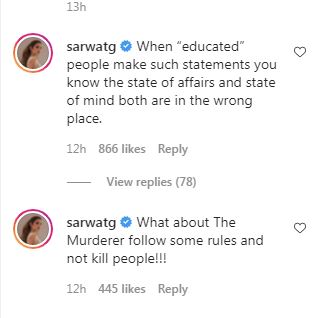 The journalist clarifies his stance

After receiving a lot of criticism on social media, Imran Riaz Khan posted another video to clarify his stance on the matter. He begins the video by saying that ‘liberals’ set up a propaganda against him to bring him down. Imran Riaz said that he was not justifying Noor’s murder, as he has condemned the heinous crime in his previous videos as well.

He argued that he did not put the blame on Noor, but in fact was focusing on the decline in value of the ‘family system’, as the young generation drifts away from traditional and societal norms. The journalist said that his remarks in the previous video were not exclusively meant for Noor Mukadam.

According to him, the ‘family system’ protects the vulnerable, women, and children of our society, and this is exactly why the pandemic didn’t affect Pakistan as much as it wreaked havoc elsewhere in the world. The same system saved many families when COVID-19 affected businesses and people suffered financial losses. Imran Riaz believes that families support each other financially and morally during testing times.

The ‘family system’ provides relief and protection when the state fails to do it. He added that his message is for the children, youth, and parents to stay connected with family and value the societal bonds.

What are your thoughts on this story? Let us know in the comments.