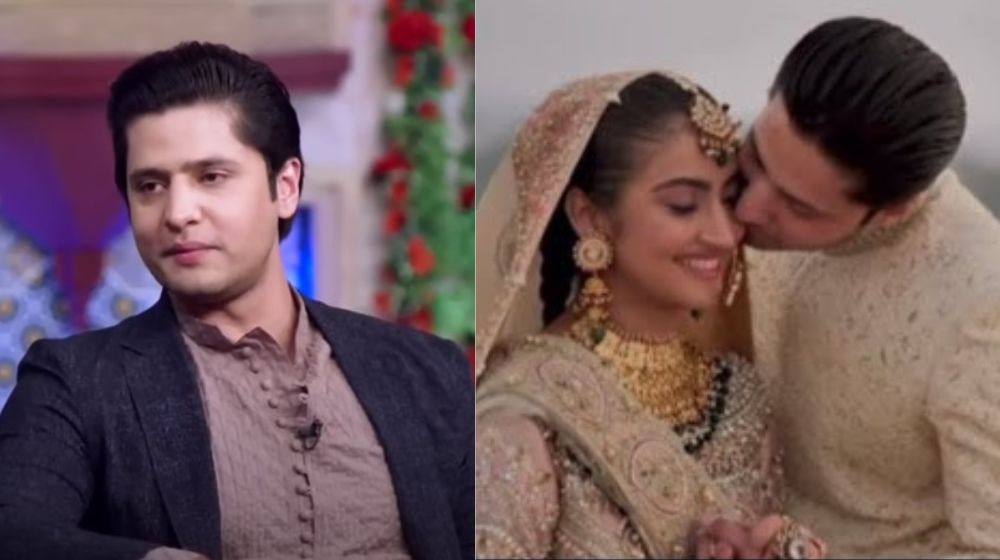 Arez Ahmed and Hiba Qadir are one of the most beloved power couples in the industry. People just swoon over their cute chemistry and their funny cross talk. They always light up a show with their presence and happy-go-lucky nature. 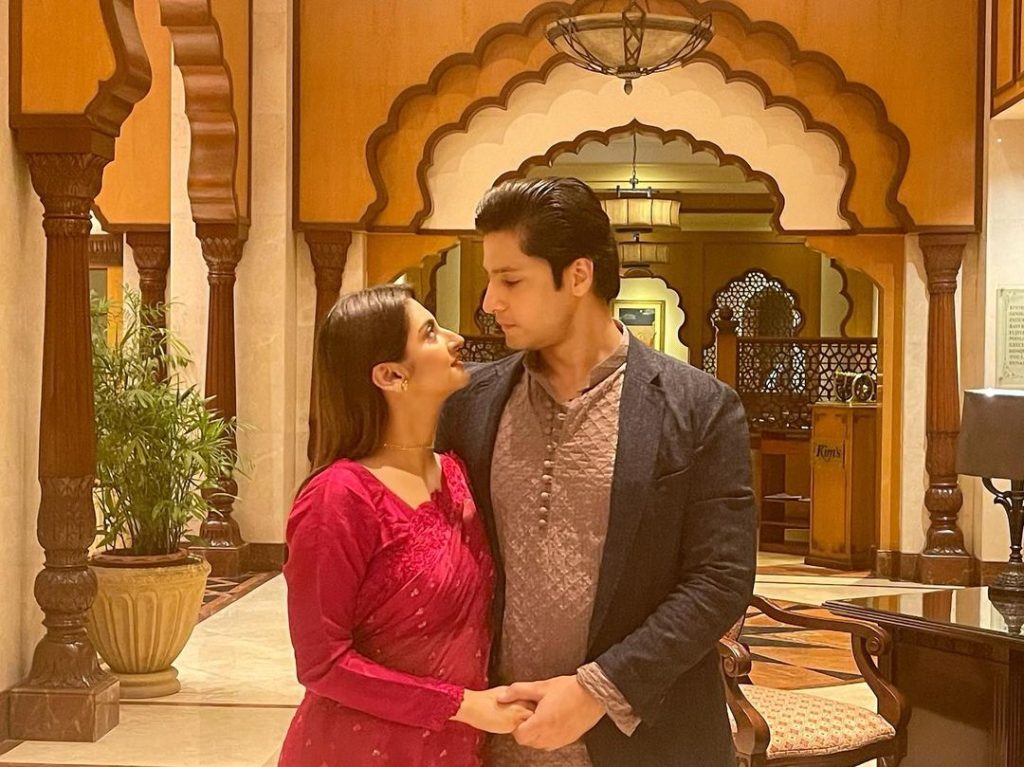 Recently, the duo was invited to a show, where they revealed more details about their wedding. Since there is a ritual in every Pakistani wedding to secure money from the groom through humorous negotiations and banters.

The Bholi Bano actor revealed that he paid 1 Lac 50 Thousand Rupees to Hiba’s sisters. He did not agree to the exact figure but Arez was certain that he paid the lump sum amount.

Hiba Qadir and Arez Ahmed made their relationship public in December, later officially they tied the knot!

From flaunting a fairy-tale wedding to a dreamy whirlwind romantic honeymoon, Hiba Bukhari and Arez Ahmed have become hot favourites of many fans out there. People truly adore this power couple. The audience truly admires their chemistry, be it on-screen or offscreen.

Hiba Bukhari is an emerging talent in the Pakistan showbiz industry. She is famous for her leading roles in Bholi Bano, Silsilay, Deewangi, and Fitoor. The actress is quickly making a name for herself in the television industry with captivating performances all year round. She came into the showbiz industry without having any artistic background and won the hearts of many fans in a very short time.