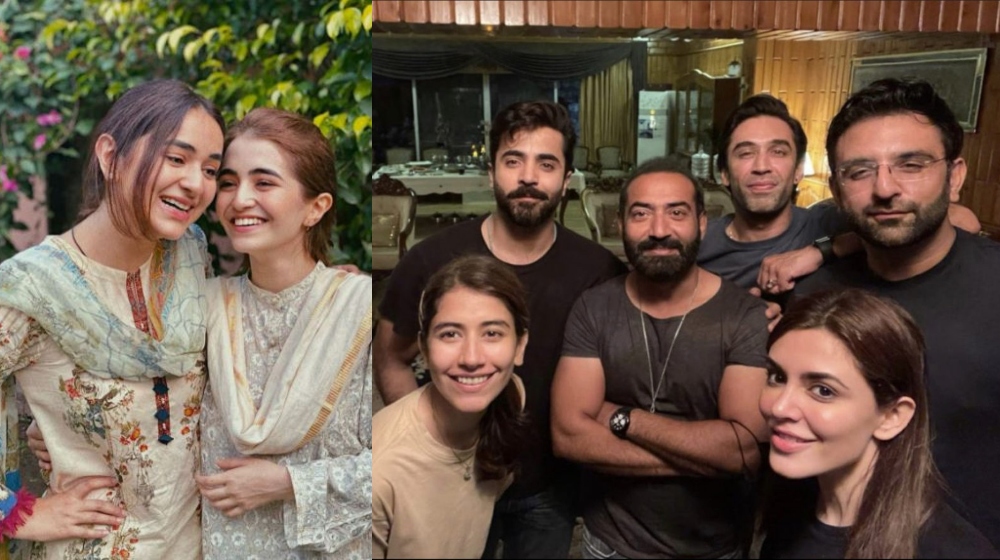 The Sinf-e-Aahan cast keeps growing as we get to more people in the drama serial. Turns out Meerub Ali and Dananeer are making their debut with the military drama.

Suspicions were only confirmed when Meerub Ali shared some pictures with co-star Yumna Zaidi from the sets of Sinf-e-Aahan.

Singer Asim Azhar, as well as Meerub’s Sinf-e-Aahan co-stars, Sajal Aly and Yumna Zaidi, left comments under her post cheering her on. 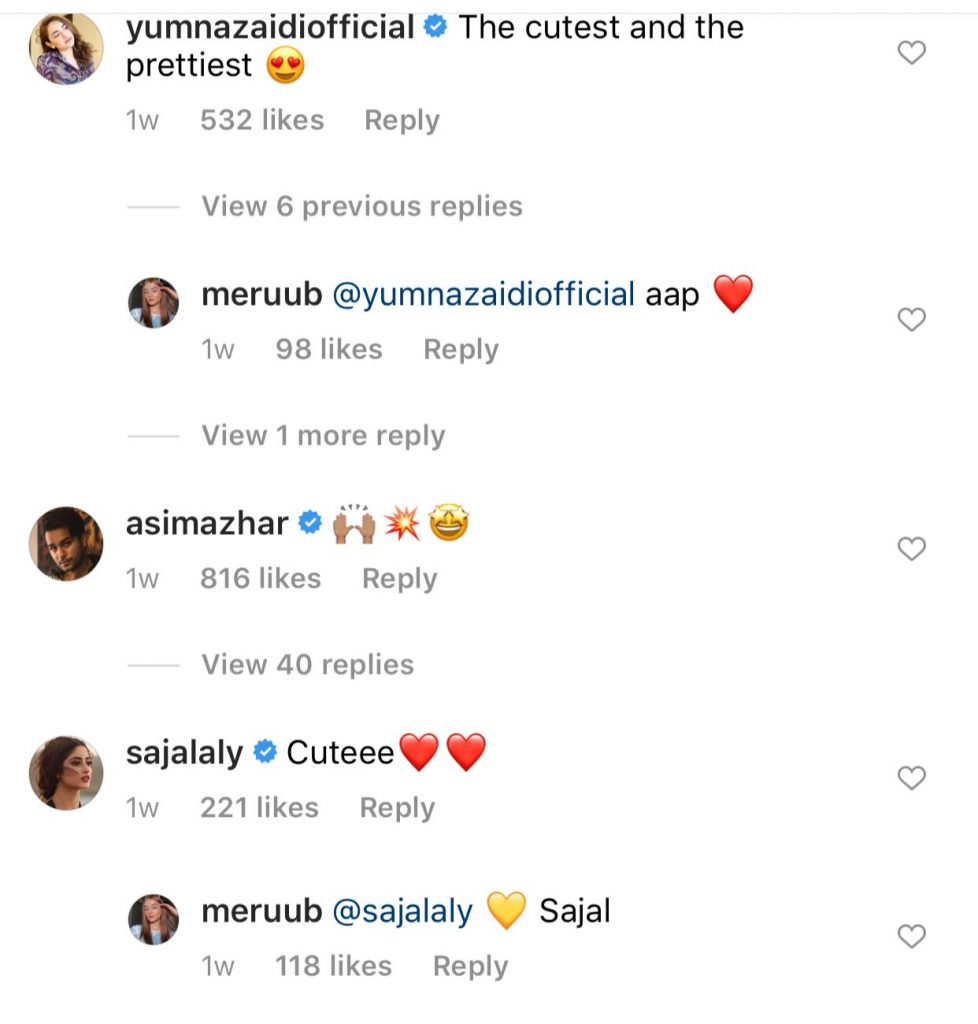 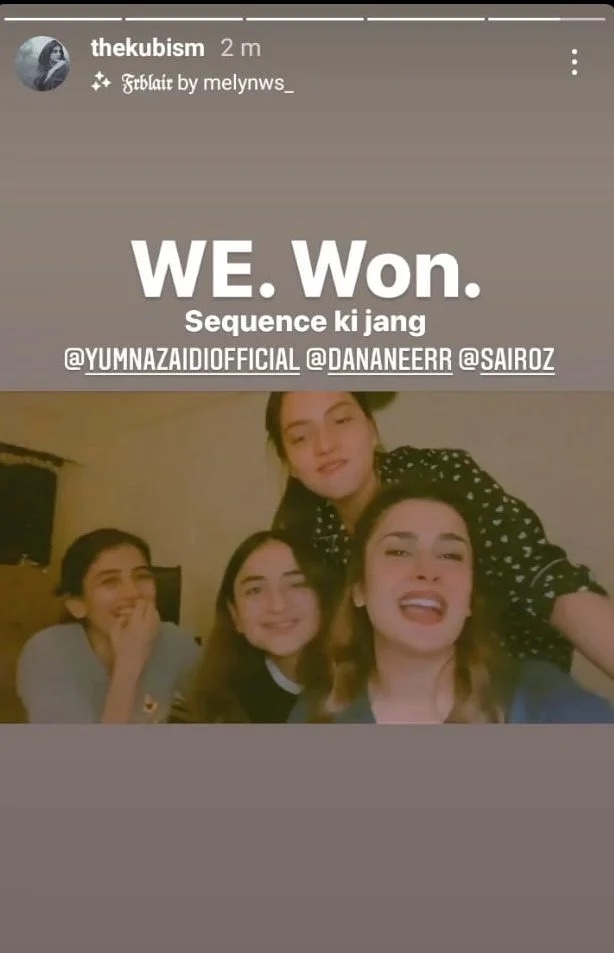 The female-centered military drama garnered a lot of attention, even more so with its star-studded cast including Sajal Aly, Yumna Zaidi, Kubra Khan, Syra Yousuf, and Ramsha Khan. 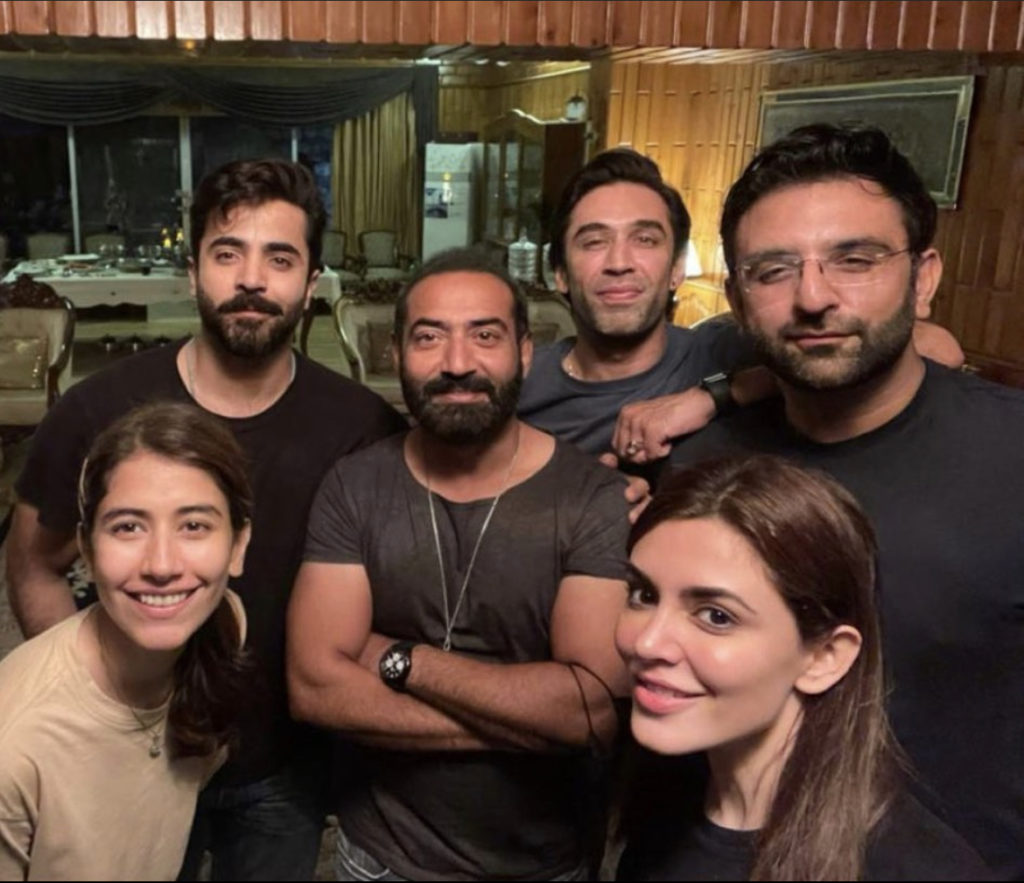 Previously Usman Mukhtar shared how he was also a part of this drama serial.

Written by Umera Ahmed, Nadeem Baig is directing Sinf-e-Aahan. The director has worked on most Humayun Saeed productions from drama serials Dil Lagi to his famed films such as Punjab Nahi Jaungi and Jawani Phir Nahi Ani.

The military play is scheduled to be aired on ARY Digital later this year. They’ve even teased the first look at some actors in their military costumes from the set.