After Pakistani actresses posted make-up free selfies with their acne scars proudly on display, looks like Asim Azhar is reviving the sentiment.

Very few of us have porcelain skin in real life. So when a fan suggested that the Tum Tum singer use a filter to hide the facial flaws, Asim Azhar schooled the fan on unrealistic beauty standards.

Hania Amir Opens Up About Her Struggles with Acne

The fan commented that;

Had you smoothened your face, the picture would’ve looked better. Otherwise, everything is on point.”

To which Asim Azhar responded with;

“So that children who look at my pictures fall prey to insecurity and low self worth?” he asked.

“So that they are forced to think why their faces can’t look as smooth as mine? Originality wins – you should try it too.”

The Jo Tu Na Mila singer really took the incident to heart and asserts he will no longer use skin filters and fan people’s insecurity.

Recently the singer released a Defense Day track with Inter-Services Public Relations along with artists Ali Azmat and brother-duo Ali Hamza and Ali Noor from Noori.

He also released a number of singles including Tum Tum and ib. He also created the single Humraah, from the motion picture soundtrack of Bollywood film Malang. 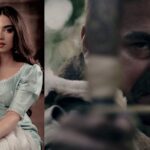 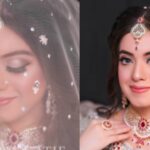