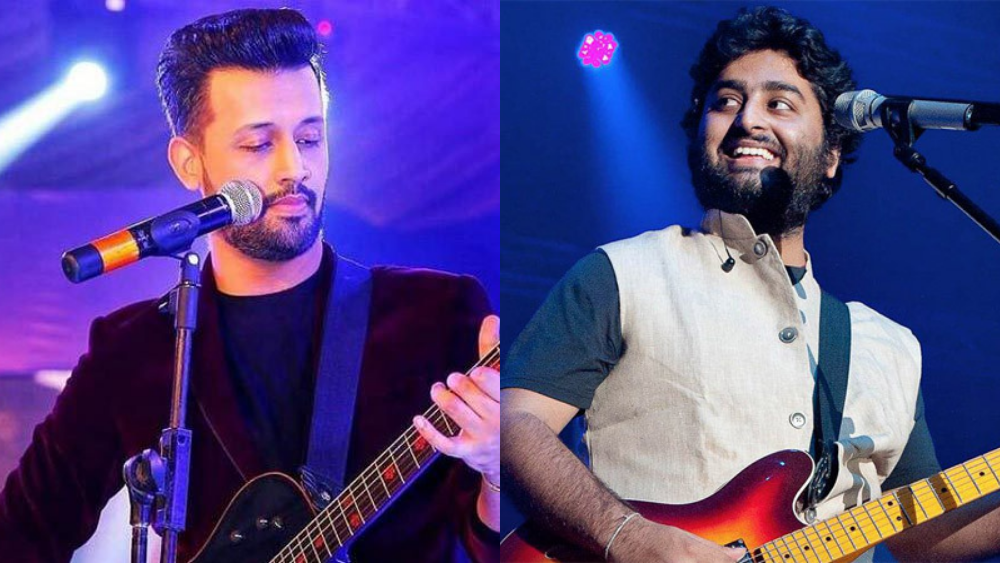 Pakistani singer Atif Aslam is all praises for Arijit Singh. The Dil Diyan Gallan singer also suggested that they should perform together someday for their fans.

Atif Aslam is currently preparing for his upcoming album. The singer is in the northern areas for the shooting of the music video of Rafta Rafta. He is also enjoying the natural beauty and shared some clips on his Instagram.

In one of the short videos, Atif can be seen listening to Arijit Singh’s Hawayein while enjoying the scenic view from his car. Taking to his social media, he praised Arijit Singh and wrote,

Atif only suggested performing with Arijit but fans are way over the moon. It would be great to see the two legends share the same stage someday, after all, they bring their fans from both countries together on one platform. But until then, let’s love and support them individually.