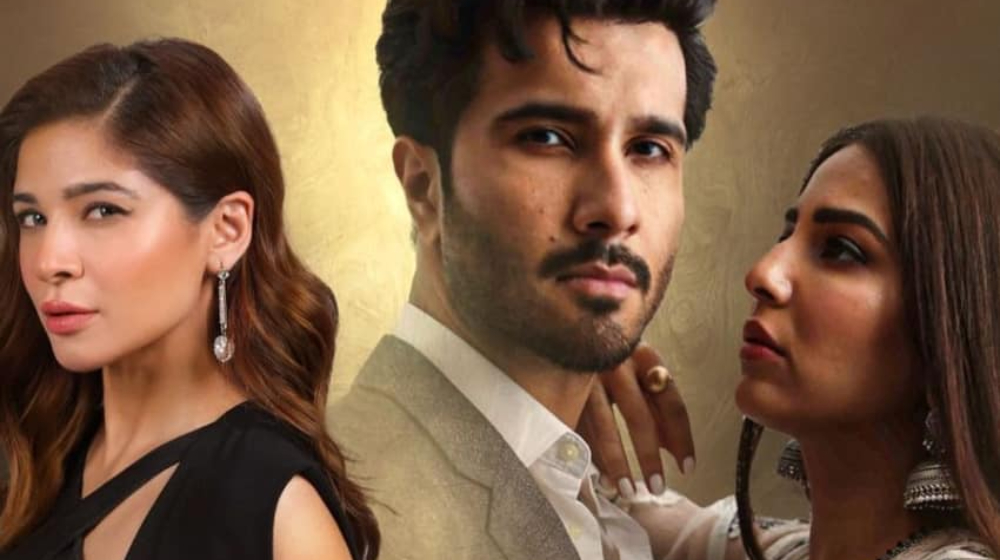 Ayesha Omar is playing the character of Soha in her ongoing serial, Habs, along with Ushna Shah and Feroze Khan. Hers is a toxic role of a woman who manipulates Basit (Feroze Khan) and Ayesha’s (Ushna Shah) relationship by creating rifts between them. 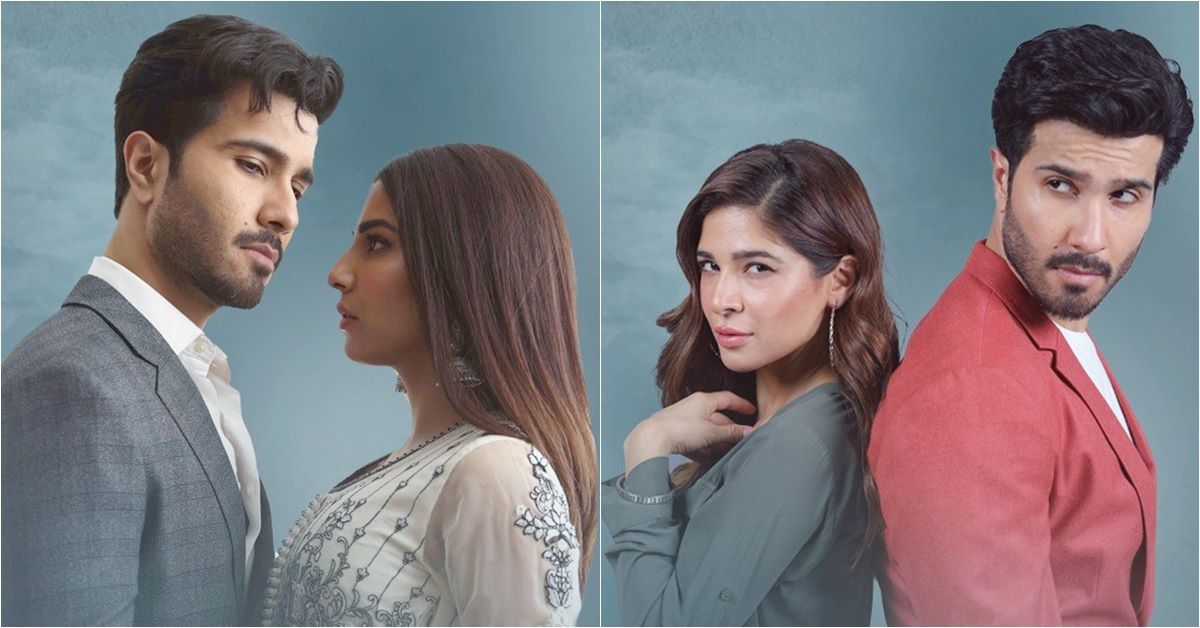 Surprisingly, her role is agitating her fans and they just can’t accept her in a negative role. Many have started comparing her with the character she plays.

A netizen even said,

What are you doing in the drama serial Habs?

Ayesha Omar re-shared that post on her Instagram story and schooled the fan about the difference between an actor and the characters they play.  She also defended her character and asked her followers to wait for the reasons behind her negative character to be unveiled soon. 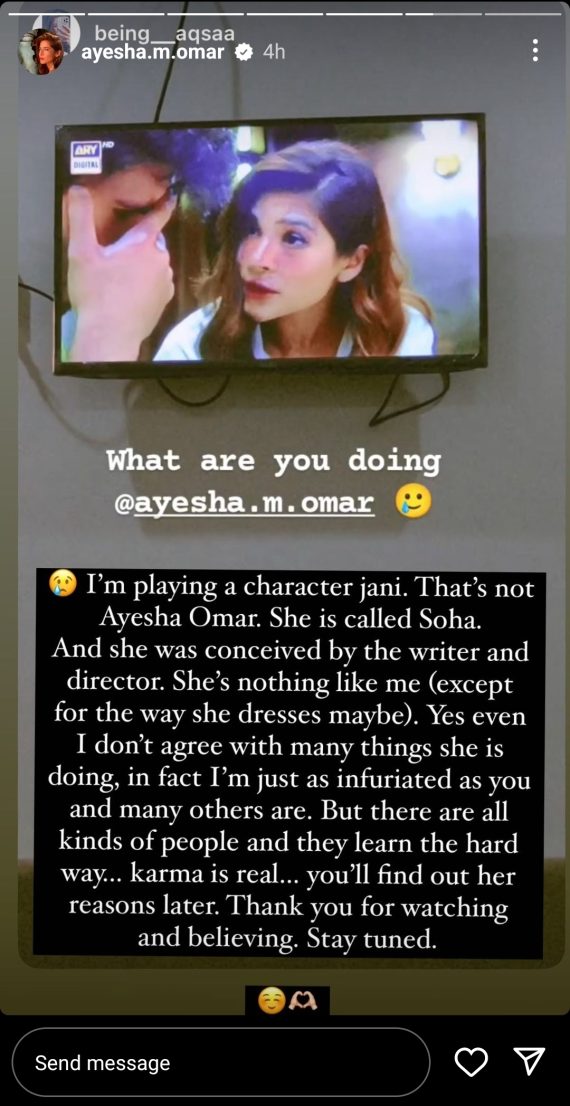 ARY Digital’s drama serial Habs is making headlines because of its unique and complicated storyline. Fans are going gaga due to the terrific chemistry between Feroze Khan and Ushna Shah. As the drama unravels, it continues to garner many accolades and praise. Habs has Feroze Khan in the role of a brooding man yet again. This time, he has attachment and trust issues after his parent’s marriage fell apart. It follows his love story as his wife Ayesha navigates misunderstandings that are created by unfortunate circumstances and the people around them.