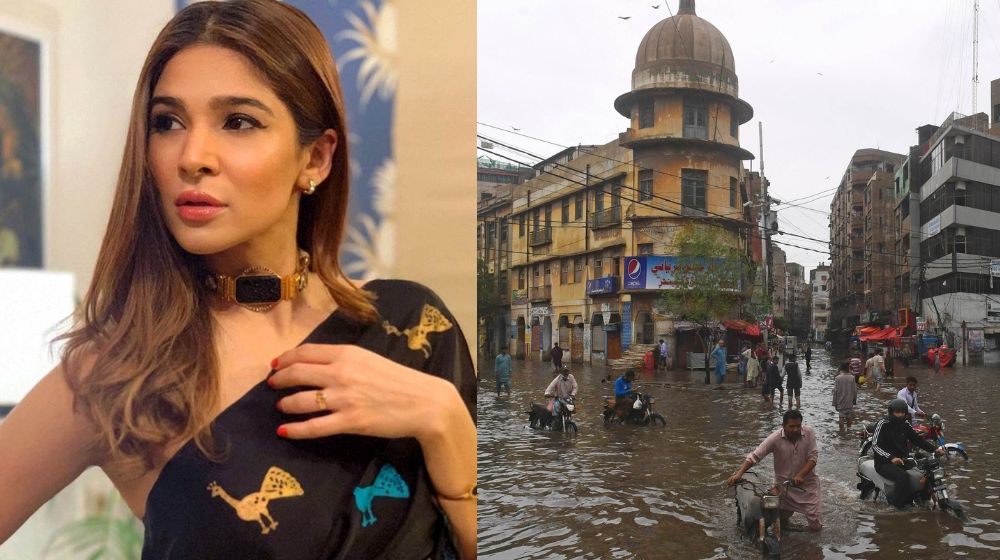 The world is under global crisis and the climate has been unpredictable. There was a time when Karachi did not get enough monsoons and people would long for it. For a couple of years, Karachi has started to get quite a lot of monsoons as well as facing catastrophic circumstances across the city. Karachites are facing grave calamitous events such as floods, power outages, electrocution, damage to buildings and infrastructure, loss of crops and livestock and a lot more. People are still staying optimistic and doing everything they can to help one another including Ayesha Omar.

Recently a report was released that marked Karachi as one of the world’s worst cities to live in. 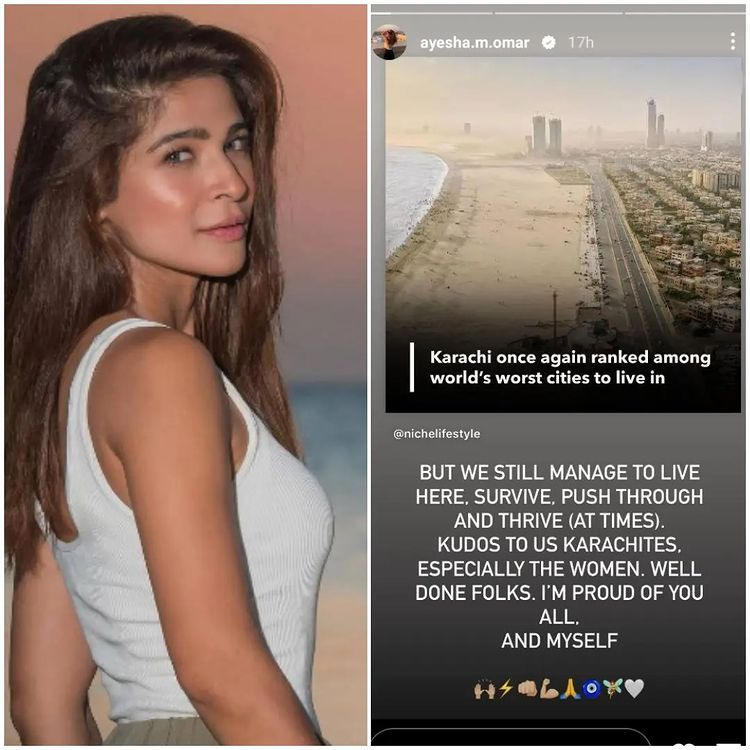 Omar took it to her gram and shared her loveful thoughts about her city.

“But we still manage to live here, survive, push through and thrive (at times). Kudo to us Karachites, especially the women. Well done folks! I’m proud of you all, and myself.”

With everyone struggling through monsoons the Bulbulay diva was thoughtful enough to encourage everyone during these tough times.

Ayesha Omar is a Pakistani actress and model. Considered as a style icon in her home country, Omar is one of the most popular and highest-paid actresses in Pakistan. 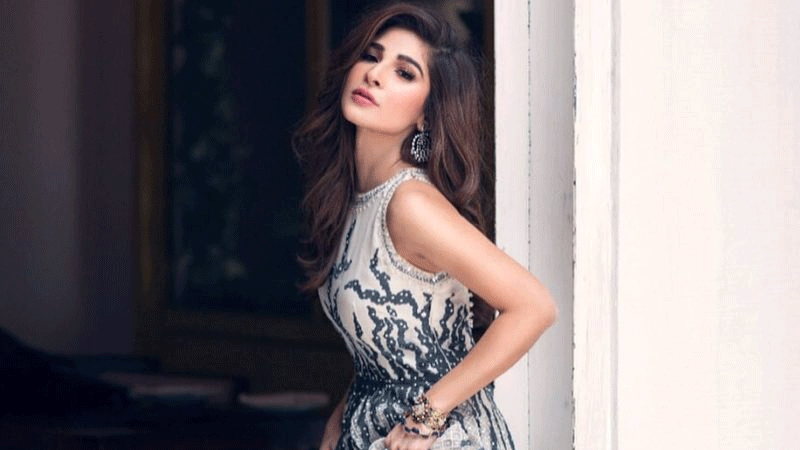 In 2012, she released her first singles “Chalte Chalte” and “Khamoshi” which, although a commercial success in Pakistan, was met with a mixed reaction from critics. Omar went on to win Lux Style Award for Best Album. She made her film debut in the lead role with successful romantic-comedy Karachi Se Lahore, followed by supporting characters in war film Yalghaar and the drama Kaaf Kangana.

ALSO READ
And the Mountains Echoed: In Conversation With Samina Baig – First Pakistani Woman To Scale the Everest and K2!