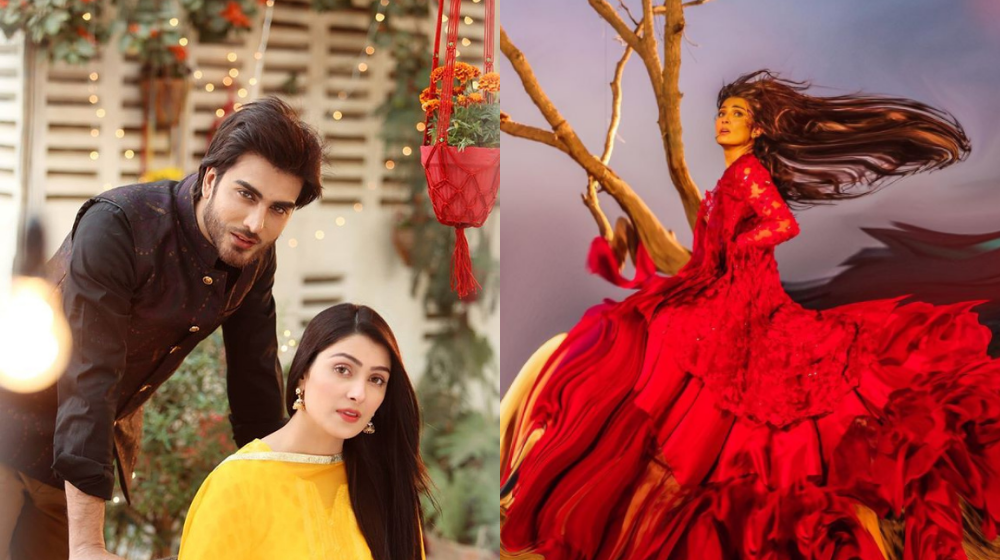 Ayeza Khan is one of the most followed celebrities on Instagram. She has a total of 8.2 followers on the platform and all of them are ardent fans of Ayeza’s beauty. Time and again we have seen the starlet drop some sensational pictures on her feed and last night she was on a roll.

The Meray Paas Tum Ho actress uploaded three gorgeous images in a blood-red gown and she seemed exactly like a Disney princess. Just look at these perfect clicks.

What did Imran Abbas say to Ayeza Khan?

While people were gushing over Ayeza’s absolute beauty, one of her co-stars Imran Abbas took a witty stance. He wrote in the comments section, ” Sou jao… baaqi subah upload kar lena.” But Ayeza gave an equally funny reply to her friend’s remark.

Ayeza and Imran Abbas have worked together multiple times and share great chemistry both the onset and offset. They have starred together in Koi Chaand Rakh, Mohabbat Tumse Nafrat Hae, and Tum Kon Piya. Their on-screen pairing has always done wonders. Ayeza Khan has claimed in many interviews that working with Imran Abbas has been an absolute bliss for her.

Praise by other artists

Although Ayeza’s favorite co-star did make a witty remark there were many other celebrities who just couldn’t resist praising Ayeza. These include two icons of Lollywood, Meera Ji and Reema Ji. Have a look at some of the responses.

Fans also loved Ayeza’s dazzling looks. She received immense love in the comments section. Most of her fans requested her to upload clicks more frequently because they wish to see their favorite star every day. Well, can’t agree more, even we want to see all these flawless pictures every day!