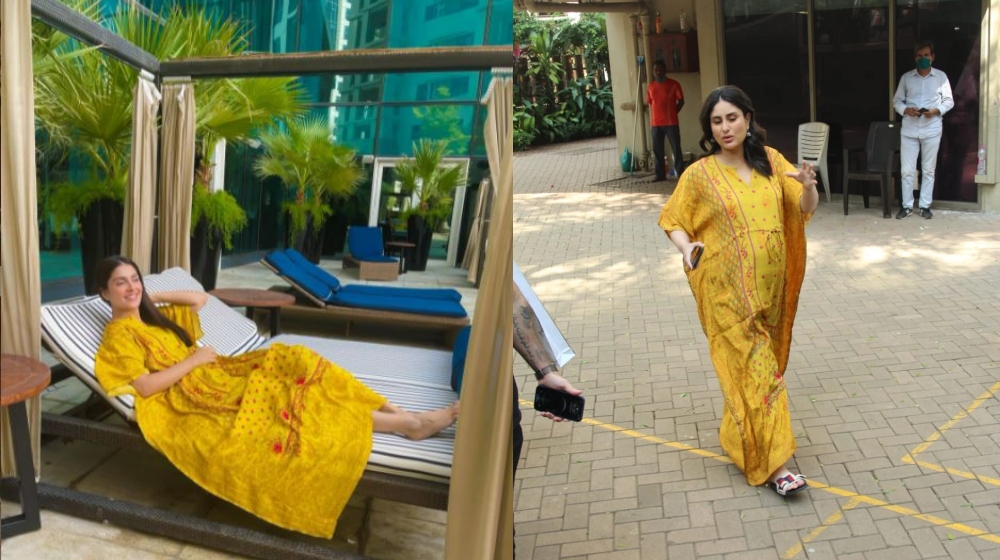 The mother to an infant Jehangir was seen donning a yellow banarasi kaftan by The Boozy Button before her delivery. The breezy, and bright outfit definitely hogs the spotlight.

At the time, the then heavily pregnant Bollywood diva stepped out of her residence in Mumbai’s Bandra on a casual Saturday.

On the other hand, recently Ayeza Khan posted a picture on Instagram wearing the same dress. The Chupke Chupke actress was spotted chilling on the sun lounger.

Both actresses donning the same look led to comparisons. Some didn’t like Ayeza Khan wearing the same dress as Kareena. People are calling her out for ‘always copying’ Bollywood actresses.

On the other hand, some thought Ayeza Khan wore it better. 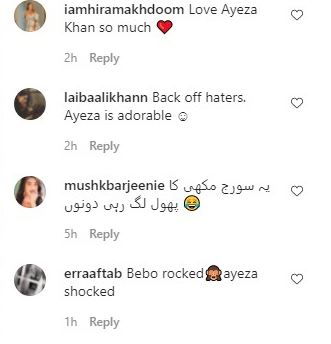 Is Ramsha’s Performance In ‘Shehnai’ Similar To Kareena Kapoor?

Bebo had announced her second pregnancy in August 2020. At the time she was early in her pregnancy. On February 21, 2021, Saif Ali Khan and Kareena Kapoor Khan were blessed with another baby boy. They named the little nawab, Jehangir.

On the work front, the Tashan star will next be seen in ‘Laal Singh Chaddha‘. She’s teaming up with 3 Idiots costar Aamir Khan for the film. The movie is scheduled for release in Christmas 2021.