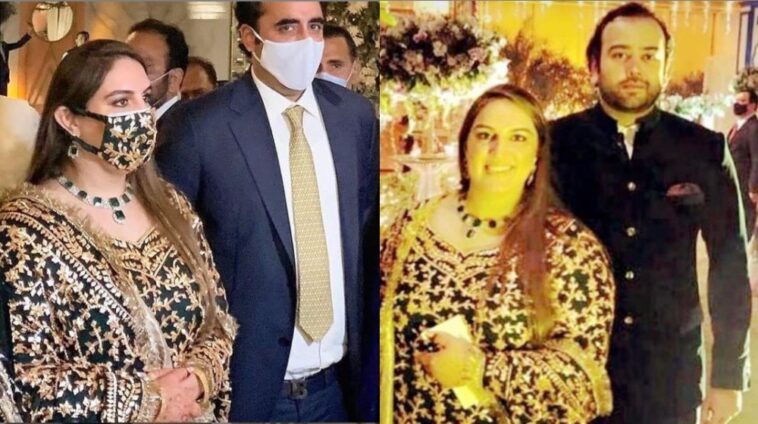 Bakhtawar Bhutto and Mahmood Chaudhary tied the knot over the weekend – in a ceremony that remained the talk of the town. However, just as the first glimpses of the newly weds appeared on social media, people were quick to shame the new bride over her weight.

Political inclinations and views aside, comments about Bakhtawar Bhutto looking overweight as a bride were in bad taste.

The comments came when a picture of the bride in hunter green emerged online. The photograph is of newly-weds Bakhtawar Bhutto and Mahmood Chaudhry’s Walima. The bride looked radiant in a hunter green ensemble with gold gota-work, while her man rocked a classic sherwani in the same color.

Even the groom knew to let his lady bask in the spotlight yet some netizens had to ruin the moment. From subtle jabs such as, ‘you’re pretty but overweight’ to outright fat-shaming, mean comments continue to pour in. 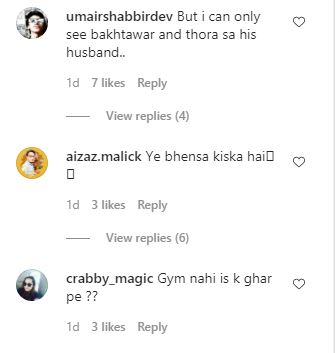 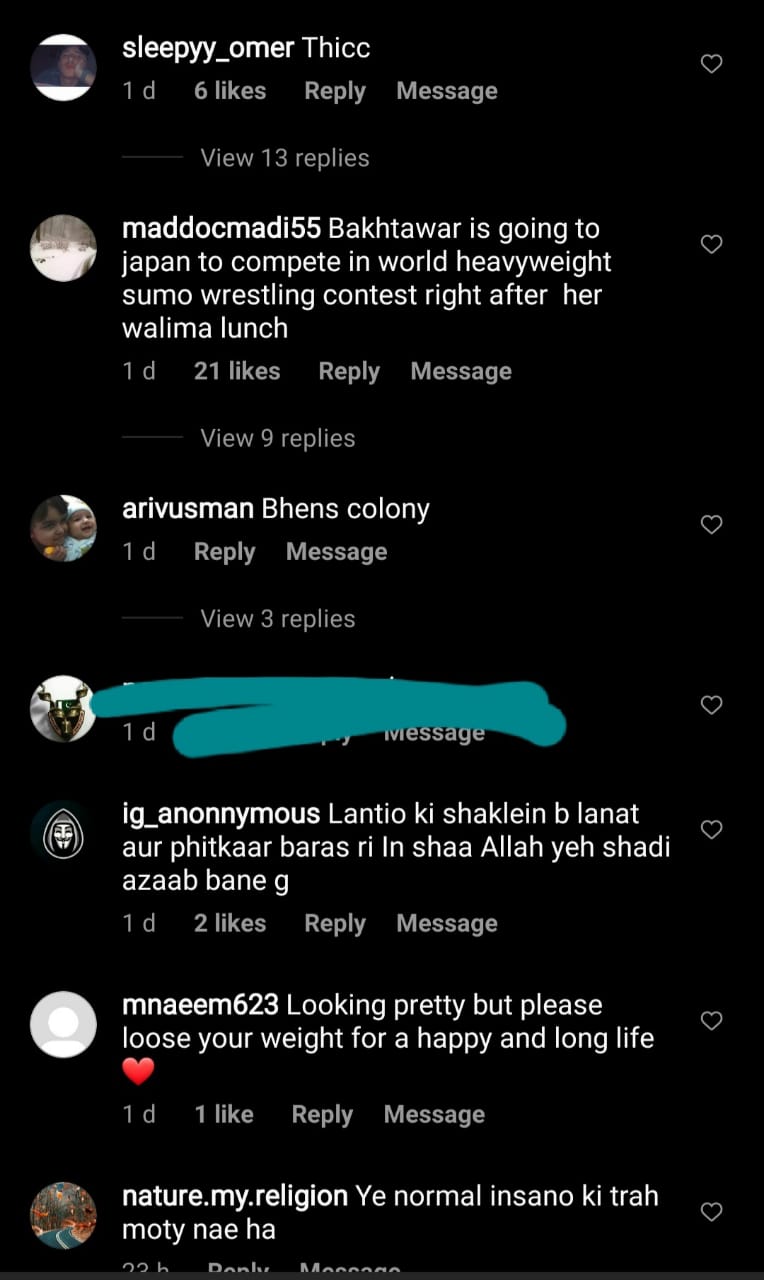 Some people tried schooling these trolls. It’s ‘thicc’ not fat! 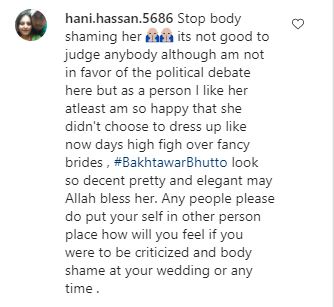 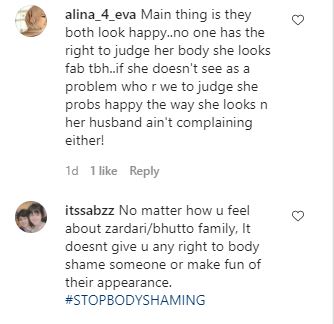 On another note, it was a bold and fashion-forward move by Bakhtawar to rock an almost black outfit on her own wedding. Sporting a black outfit as her wedding attire, surely must have galvanized shocked and disapproving pouts from old-school folks, but regardless, it was a fashion statement to make.

It is unclear who the designer behind this hunter green ensemble is but the added bridal mask, pin-straight hair, and her chunky jewelry polished the look well.

The Walima ceremony is said to have been held at Bilawal House Karachi. 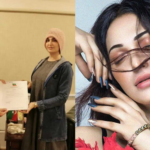 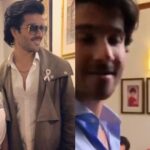