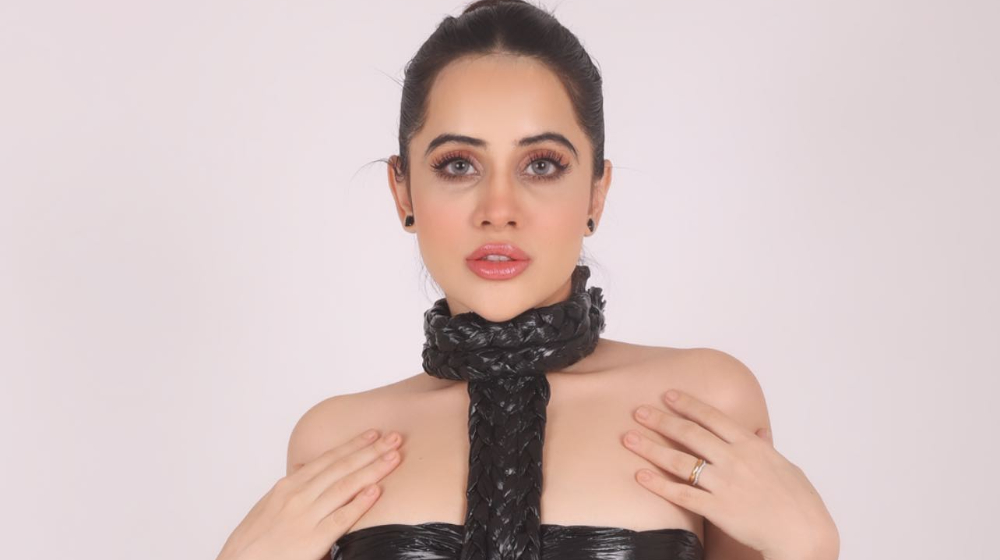 The Indian influencer and model, Urfi Javed is back with her bold and bizarre dresses. She loves to experiment with her wardrobe, from sacks to duct tape she has a knack to make clothes out of just anything. This time the bold star took the concept of recycling to the next level and made the dresses from trash bags and got all the attention of the internet.

She can be seen sporting two dresses, the first one is an extravagant and strappy rendition with a sleek high ponytail. 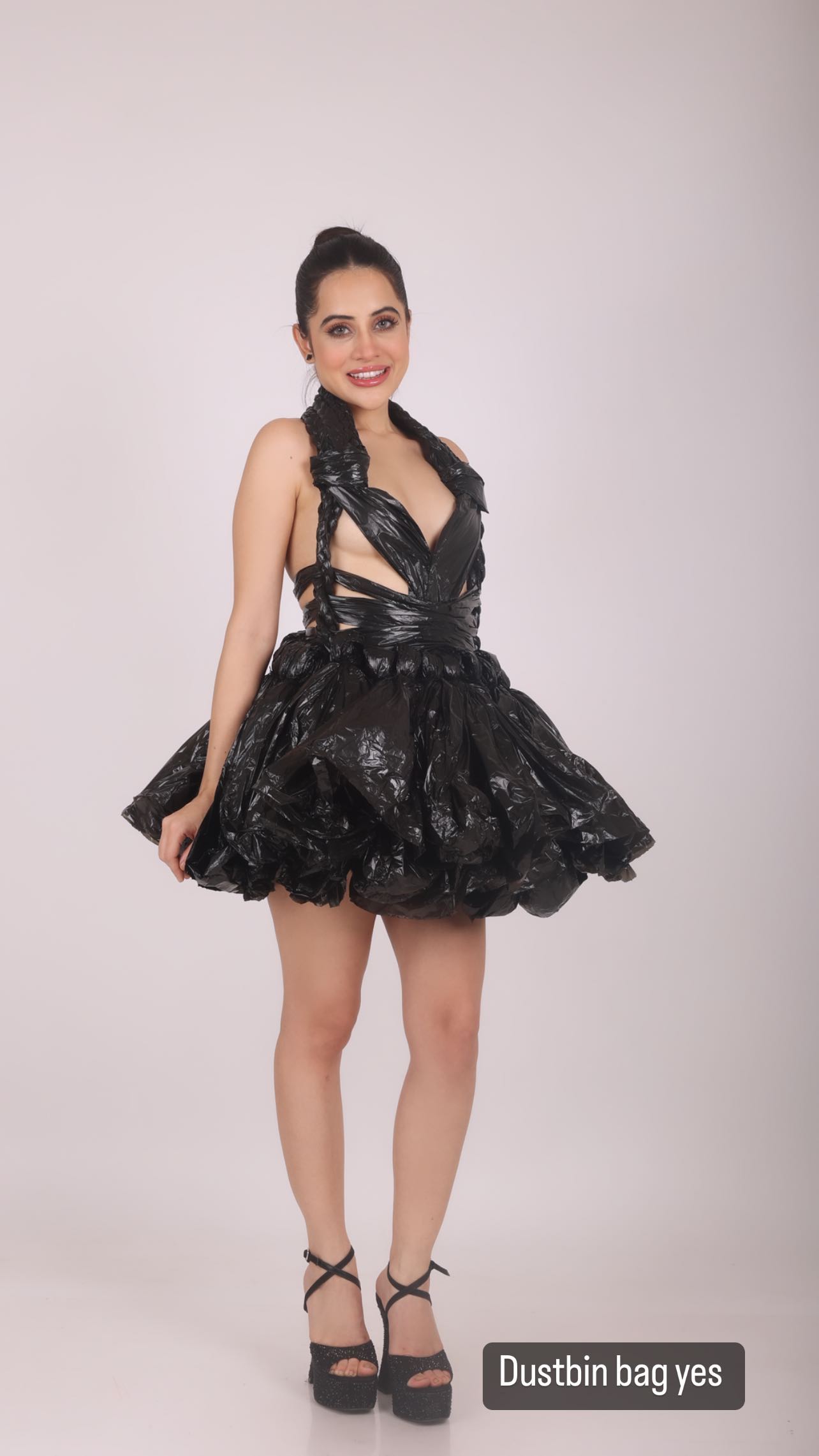 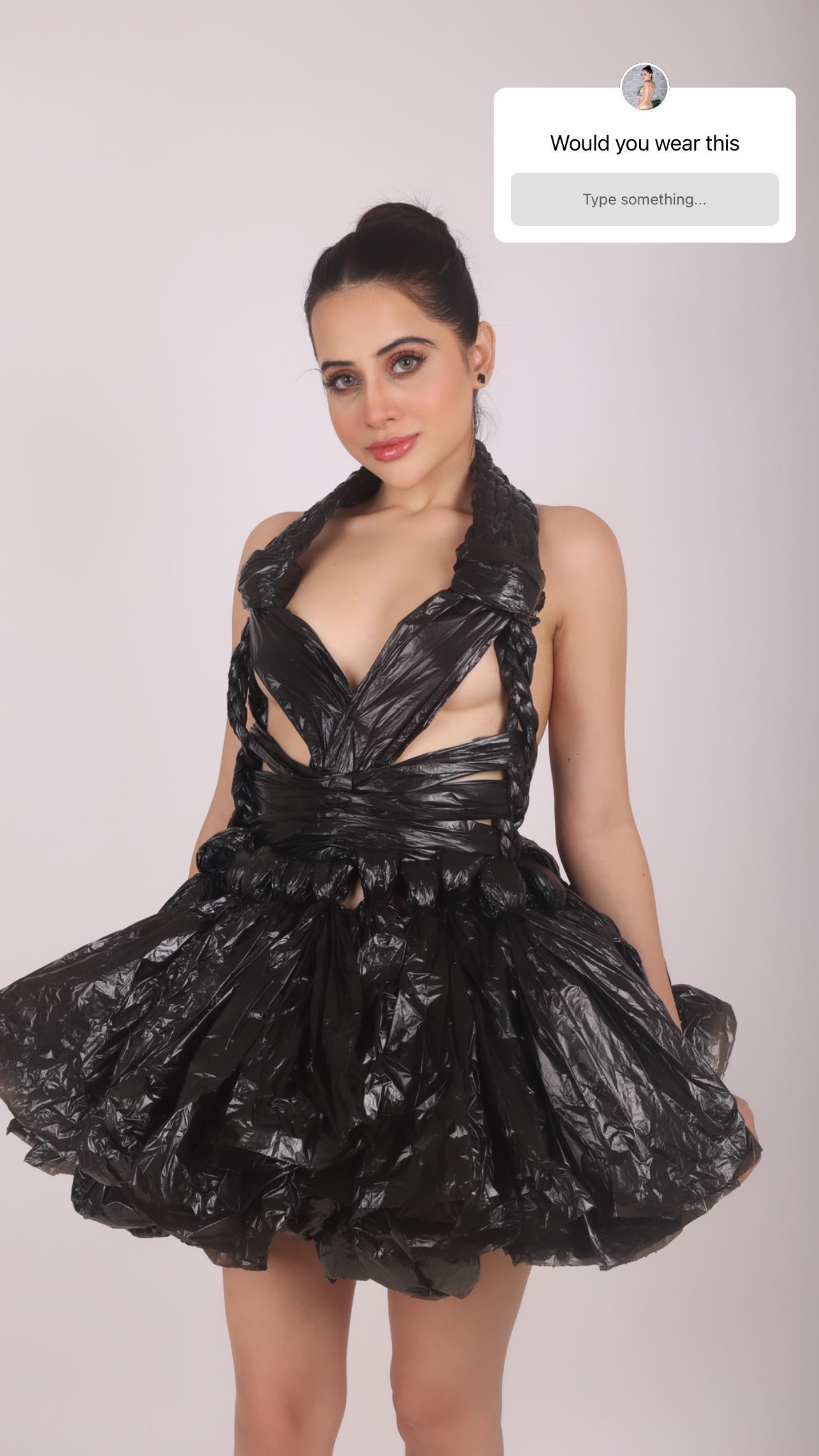 The other one is body-con styled the same. 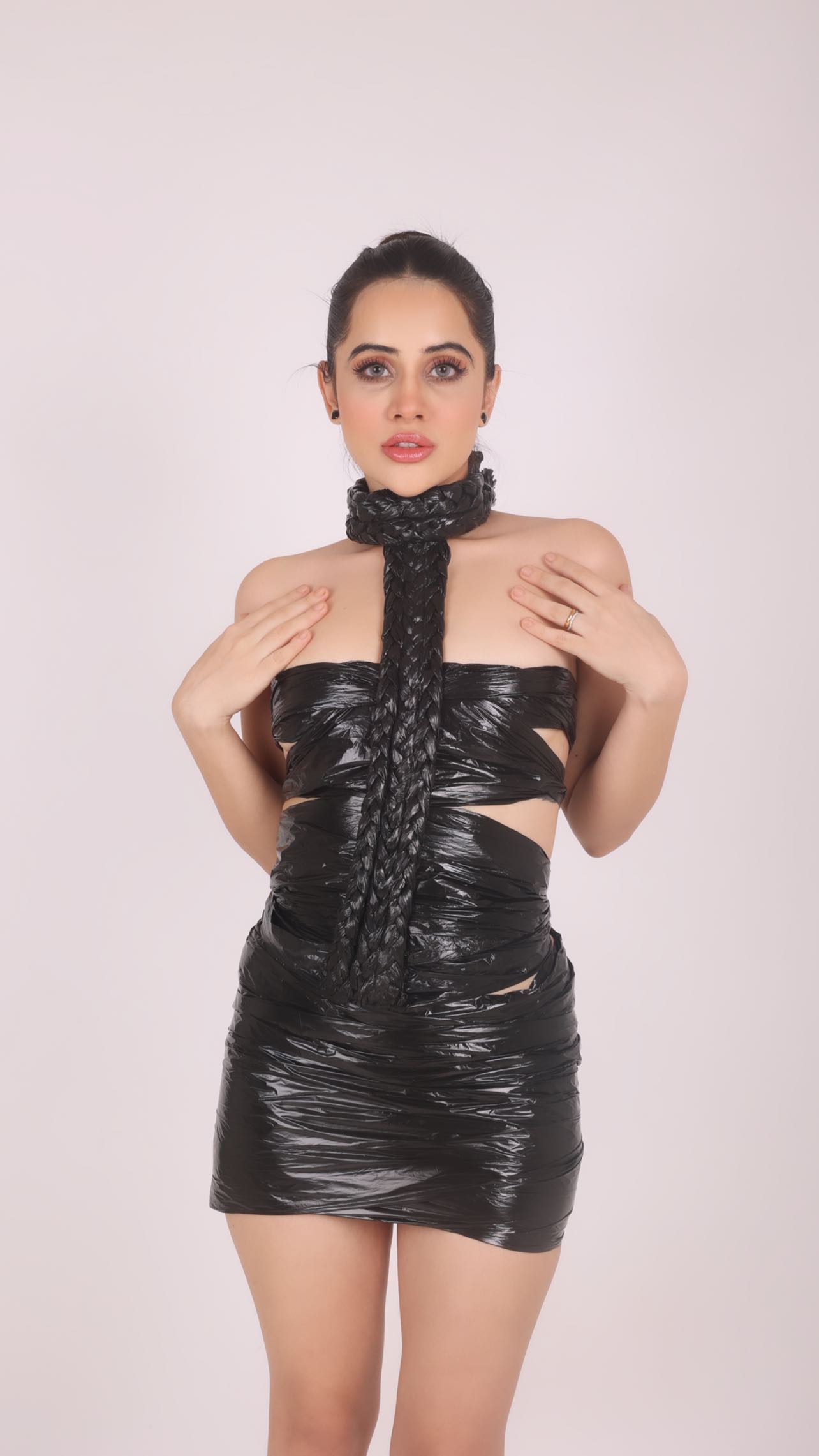 Also the dustbin bag outfit I made in big boss was inspired by @komalpandeyofficial ! Keep inspiring ❤️

Urfi Javed thinks four steps ahead of what we think. It comes down to doing something you can’t even imagine and this time, Urfi has done it again which is hard to imagine. Urfi Javed, or Uorfi, is a TV actress and social media influencer who is pretty much only known for her unique and often-times controversial DIY outfits. The Indian starlet has a penchant for turning heads for all the wrong reasons. 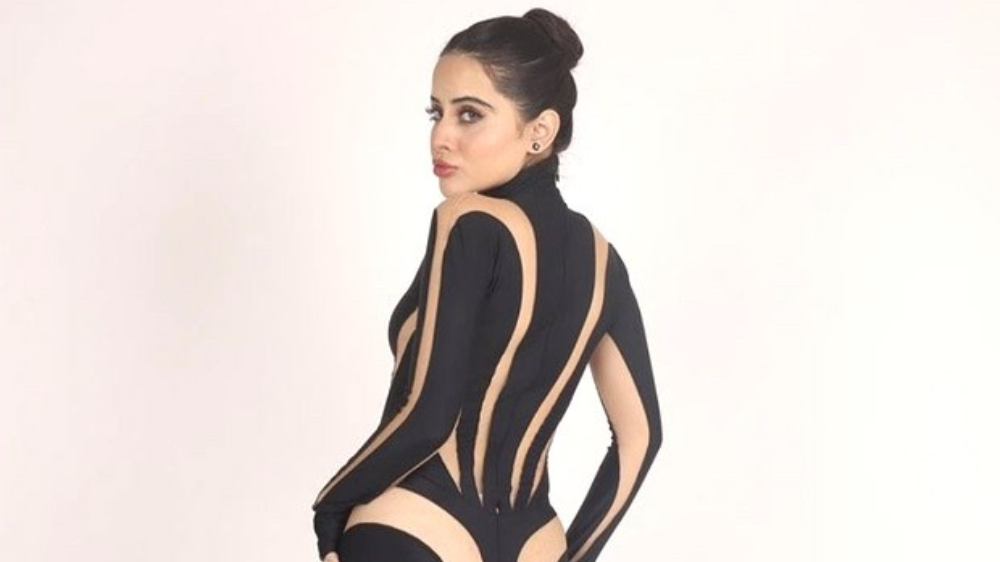 Last year, she was allegedly detained in Dubai in December over a photo shoot in a revealing outfit, which is not permitted in the United Arab Emirates. However, Urfi came forward to clarify that was not the case. She also got in trouble after BJP leader Chitra Wagh filed an FIR against her for wearing revealing dresses on the streets of Mumbai.