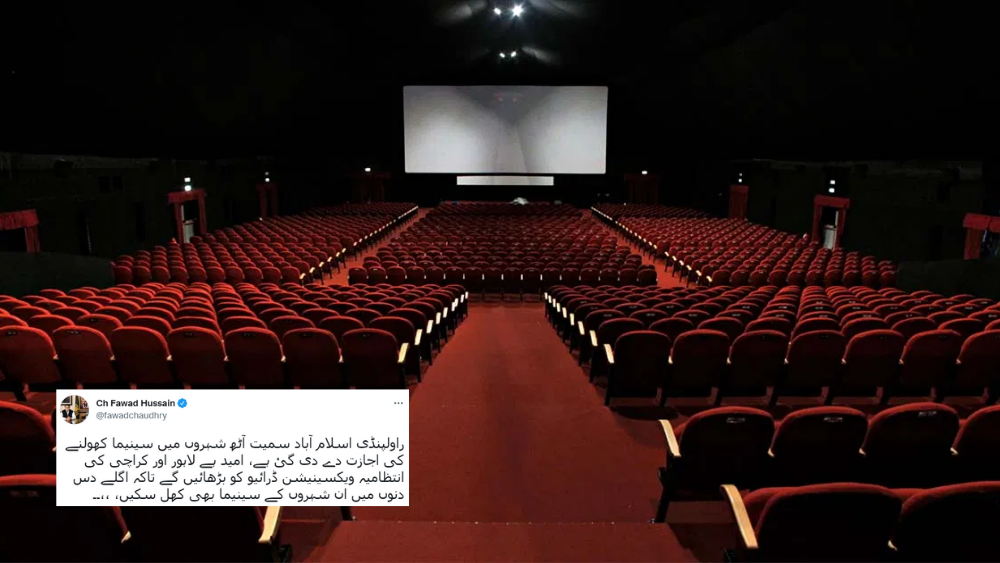 Federal Minister for information and Broadcasting, Fawad Chaudhry has announced that cinemas will reopen in eight cities of Pakistan from October 1. The list includes cities that have achieved targeted vaccination rates including, Gilgit, Skardu, Muzaffarabad, Mirpur, Rawalpindi, Islamabad, Quetta, and Peshawar.

Turning to his social media, Fawad Chaudhry made the announcement and hoped that the administration of Lahore and Karachi would intensify the vaccination drive so that cinemas in these cities could be opened in the next 10 days.

The decision was taken during the meeting chaired by Federal Minister for Planning, Development, and Special initiatives Asad Umar. It was decided that COVID-related restrictions will be eased in the cities that are fully vaccinated or have achieved the targeted vaccination rate.

“We are relaxing restrictions in these eight cities from October 1,” Asad Umar said in a press conference. “The rest of the cities and districts will have to implement on the same restrictions that are currently in place, till October 15.”

Filmmakers and Actors are excited about the reopening of cinemas

Pakistani filmmakers and actors are happy that after almost two years of complete and partial lockdowns, some of the most anticipated films might get a release date this year.

Good news. Cinemas opening up in selected cities of #Pakistan. Hopefully #Karachi and #Lahore will be allowed too https://t.co/A9C6p5hctx 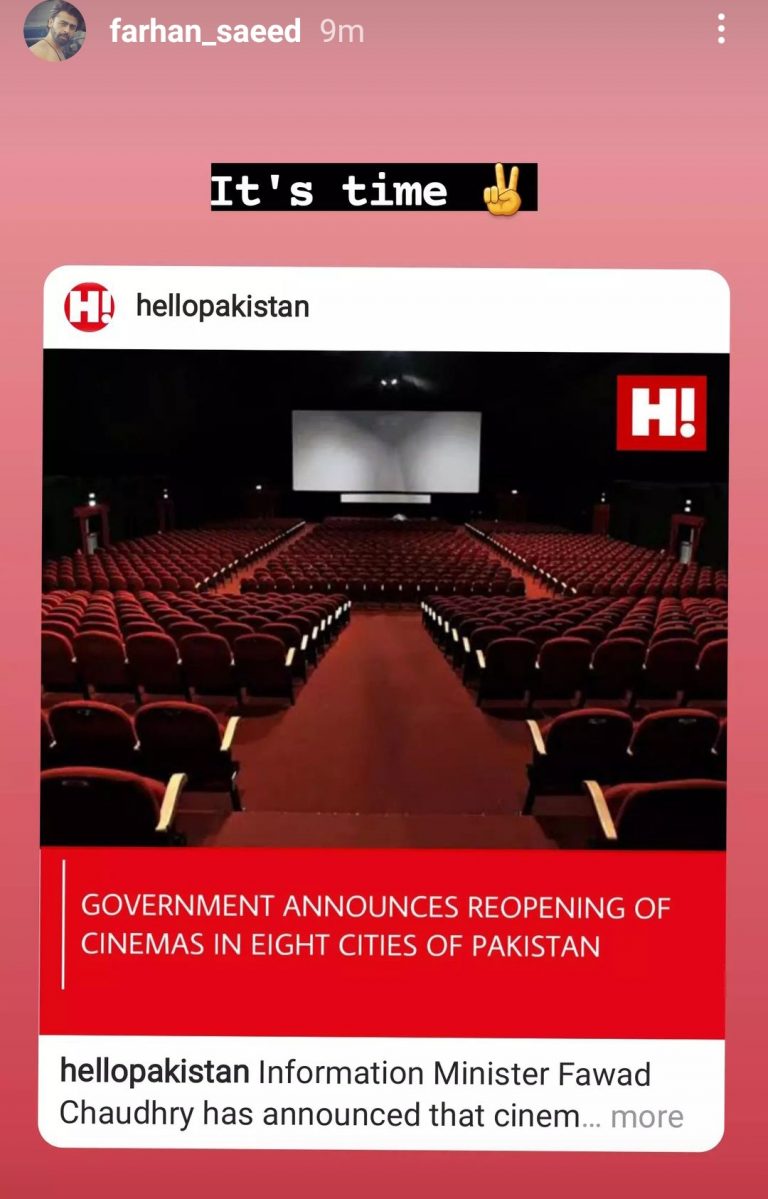