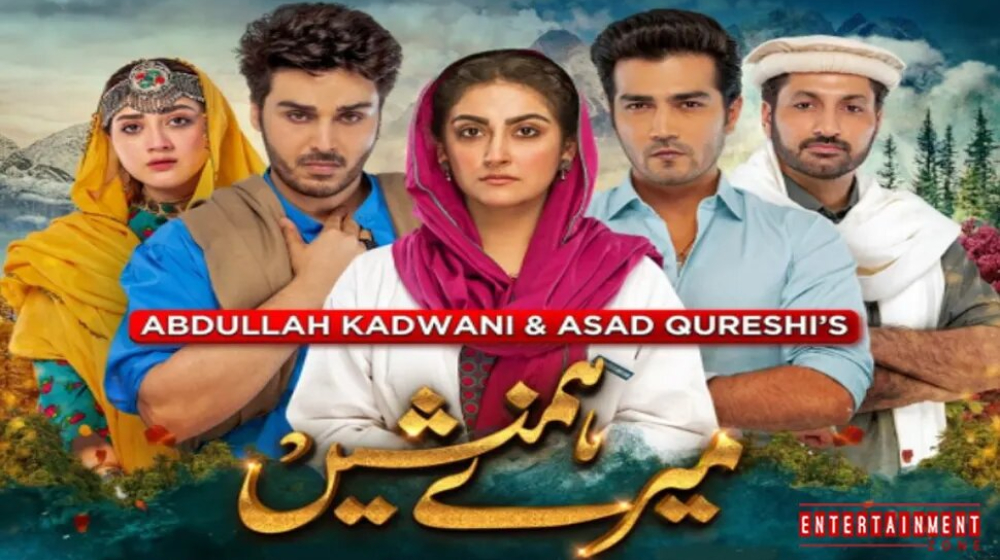 The talented starlet Hiba Bukhari is all set to shine on our Television screens in the upcoming serial Mere Hamnasheen along with Ahsan Khan and Syed Jibran. Although the story is really intense and interesting, the fans are complaining about the cast members playing Pashtoon. They think their fake accents are going to ruin the whole serial. 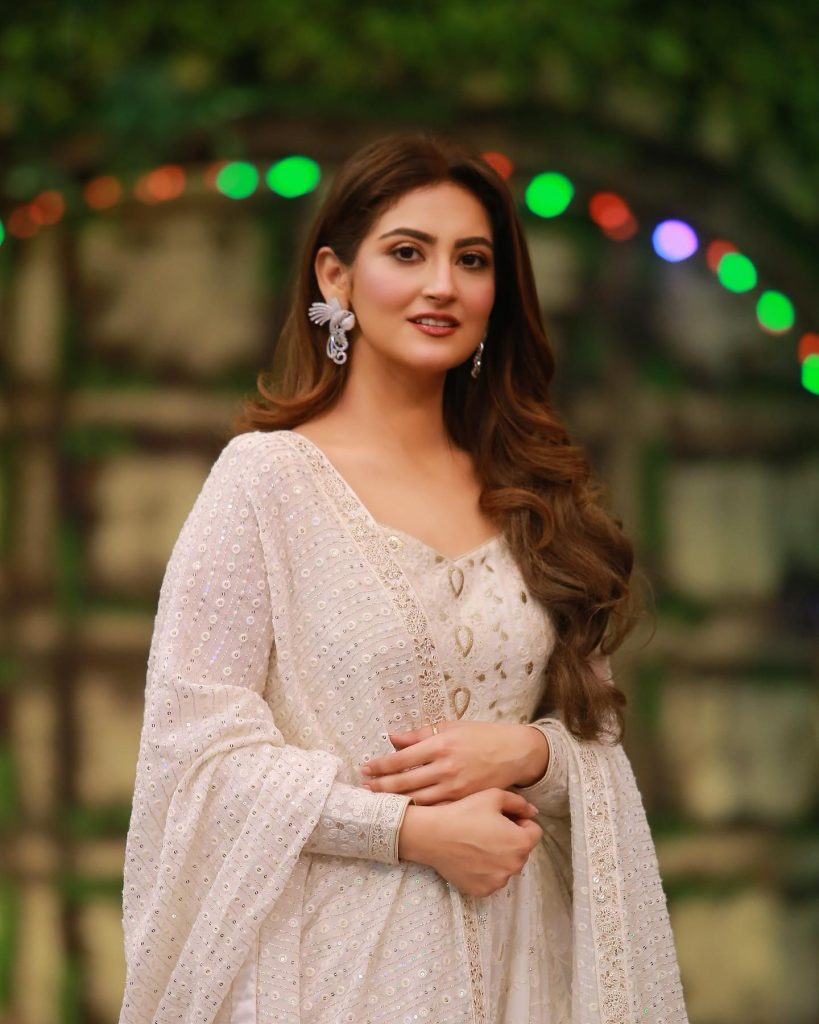 Hiba Bukhari is the new emerging talent in the Pakistan showbiz industry. She is famous for her leading roles in Bholi Bano, Silsilay, Deewangi, and Fitoor. The actress is quickly making a name for herself in the television industry with captivating performances all year round. The starlet is all set to make grand appearances in several dramas after her wedding. Drama serial Mere Humnasheen is a 7th Sky Entertainment production presentation directed by Ali Faizan and written by Misbah Ali Syed. It has a star-studded cast including Rehan Shaikh, Shahzad Sheikh, Haris Waheed, Syed Jibran, Hiba Bukhari, Maherbano, Farhan Aly Agha, and Ahsan Khan. The teasers of the drama depict the story of traditional Pakhtoon families who are against the education of women. It is shot in the breathtaking views of Swat. 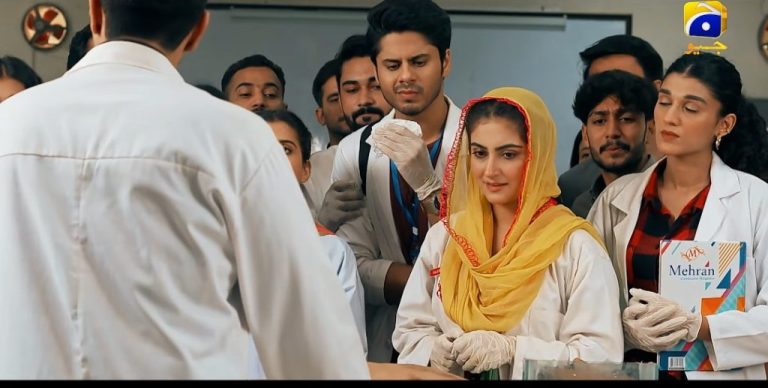 The teasers are out and we are loving this intense story revolving around the traditions in northern areas of Pakistan. But the fans are not content with the fake accents of the cast and wanted to see Pashtun actors on screen. Here are some of the comments by the netizens trolling Hiba Bukhari for her Pashto accent. 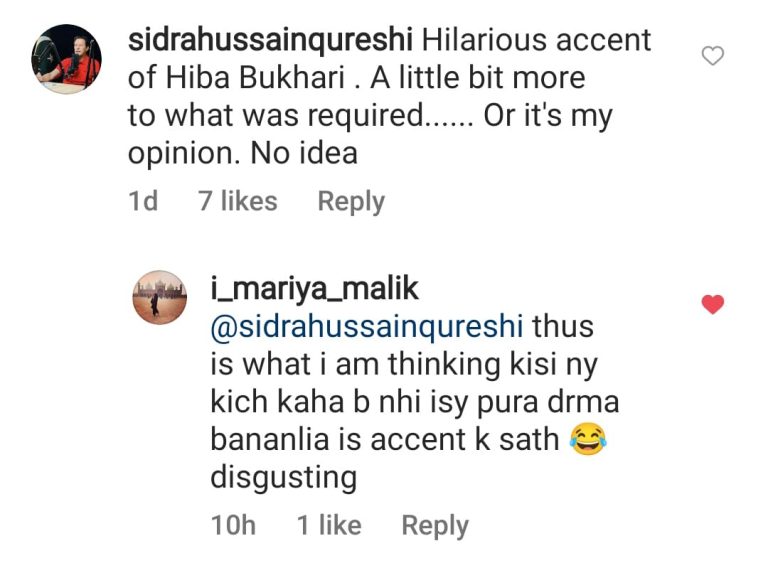 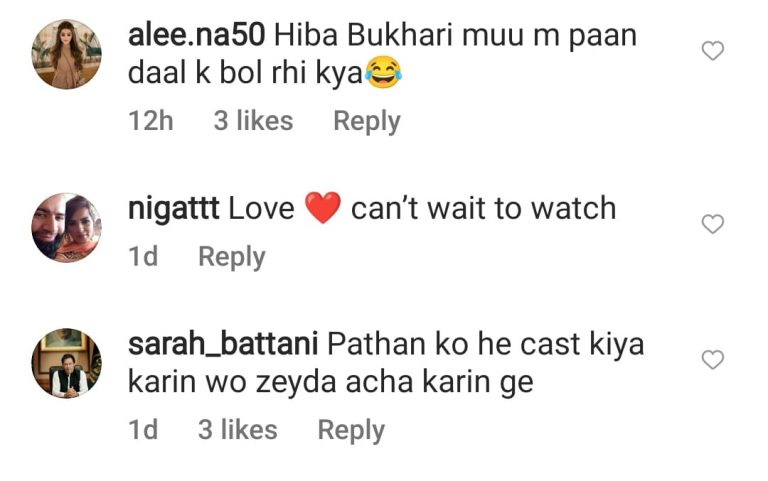 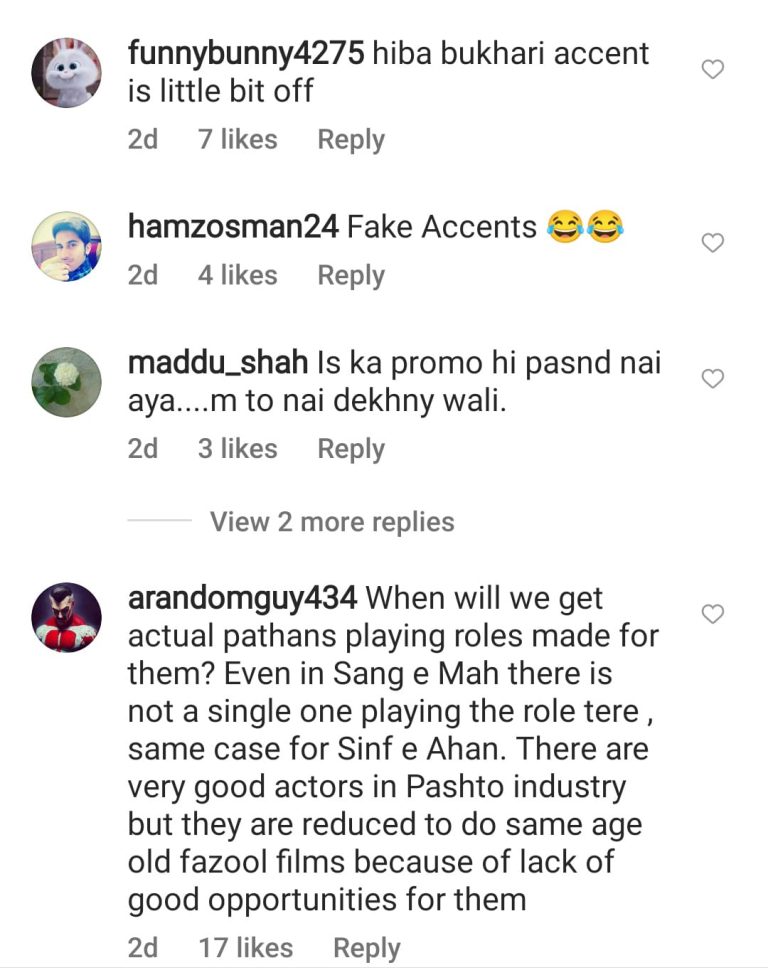 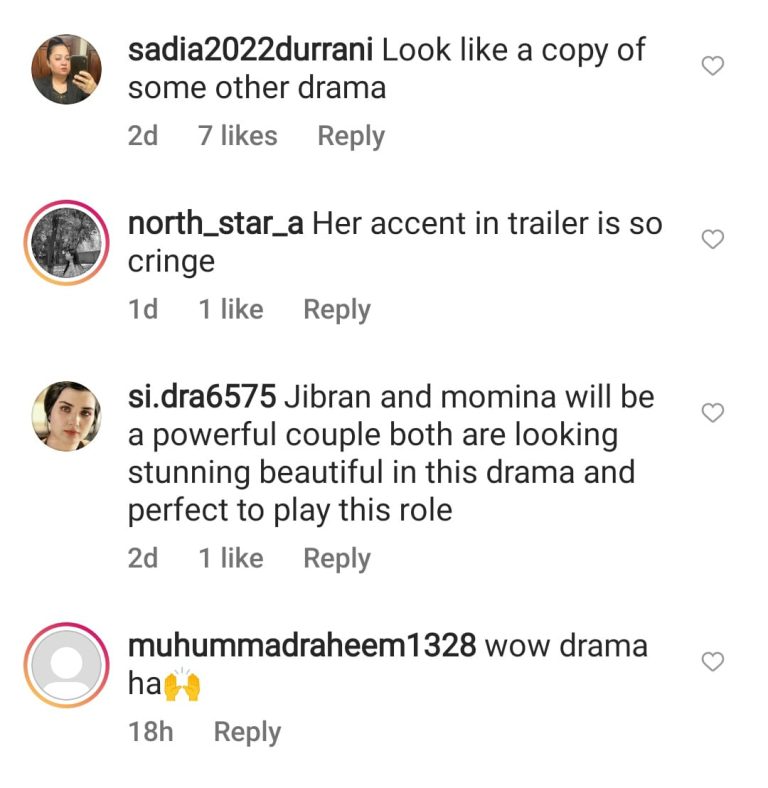 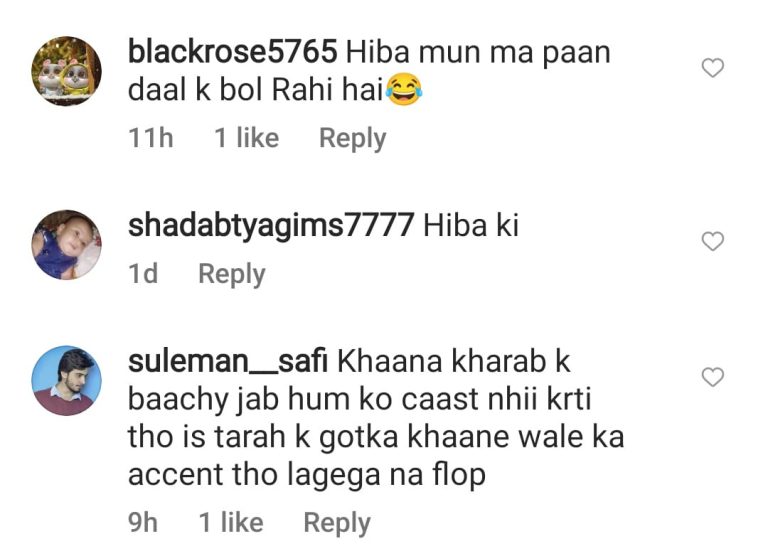 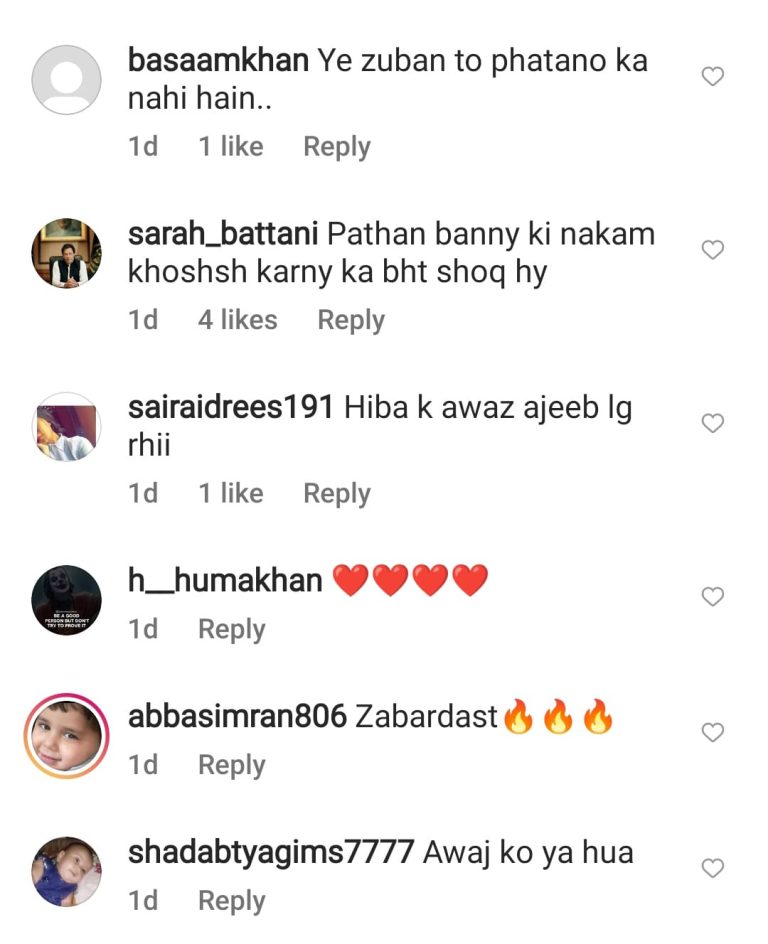 What do you think about this stance of audiences about the serial? Share your thoughts below.