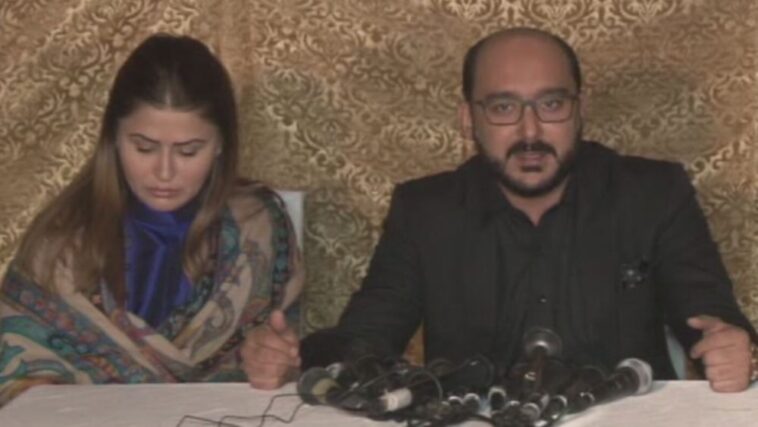 In a video shared by PTI on Twitter yesterday, Yousaf Raza Gillani’s son Ali Haider Gillani could be heard showing some men how to ‘waste’ their votes. While some believed he was caught on camera purchasing votes for the senate elections, he says that is not the case.

Yesterday, a video was shared on PTI’s official Twitter account. In the post, it was alleged that Gillani’s son has been caught purchasing votes for the senate elections. Yousaf Raza Gillani is going against PTI’s Dr. Abdul Hafeez Shaikh for the general seat.

And now, netizens believe that his son is up to no good. Sharing the video, PTI wrote:

Yousuf Raza Gilani’s son was caught buying votes in the Senate and giving prescriptions for wasting votes. This is the role of PDM and its unanimous candidate Yousuf Gilani. On which Mr. Gilani says people will vote after seeing my character

The government demanded that the Election Commission of Pakistan [ECP] disqualify Gillani for ‘corrupt practices’.

“We are filing a reference in Election Commission of Pakistan to disqualify Yousuf Raza Gillani per their responsibilities in Article 218 and 220.” @fawadchaudhry @FarrukhHabibISF @KanwalMna pic.twitter.com/oR1hZnK7Y2

PTI MNAs Farrukh Habib and Kanwal Shauzab submitted a reference to the ECP. The written petition has asked ECP to disqualify Gillani for:

“for being guilty of corrupt practices and also for violating the law and the Constitution of Pakistan.”

“for being involved in criminal activity with corroboration [sic] with his real son.”

After the leaked video, Gillani’s son held a press conference to explain what had happened. He said that the PTI MNAs were his ‘friends’ who sought his help.

They called me [and] I have met them several times. As a candidate’s son, it is my right to seek votes.

He further added that these MNAs did not want to cast their votes in favor of PTA. So, he was just explaining to them how they can ‘waste’ their votes in the senate election.

They asked me what should we do if our party is suspicious of us and tries to take away our ballot. […] I told them if they are given an already marked ballot, they should also mark Gilani’s name and put it in the ballot box so that vote neither goes to Hafeez Sheikh nor [Gilani]

He also said that he did nothing wrong and that his conscience was clear.

I think I have done nothing wrong; my conscience is satisfied.

Netizens are outraged since the release of the leaked video. Here’s what some of them have to say:

That's all due to, useless election, judiciary and including every institute of Pakistan except Pak Army, government also showing very poor show, remember last election both PTI government try best to throw under bus PM IK and now they trying best to put foot in mouth.

That's Real Sicilian,Criminal and Commission Mafia🤠 in the Shape of Politician😎

Is there any law in this country??
Where is ECP?

Do you agree with what Gillani’s son said? Or do you think PTI claims against Haider and Yousaf Raza Gillani are genuine? Share your views in the comments section. 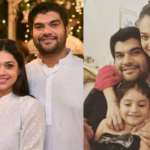 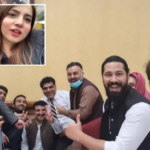