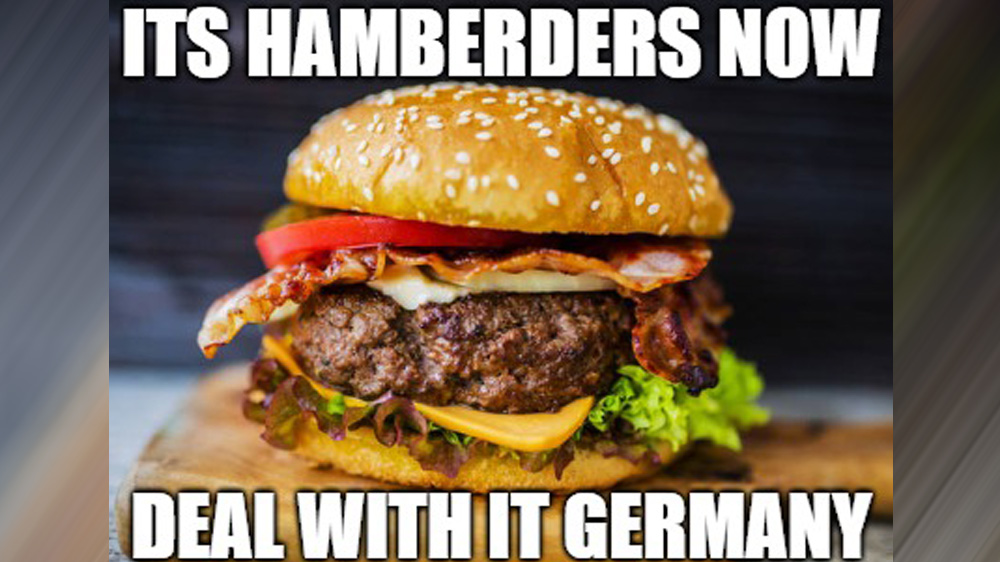 Burger King is making fun of the US President. Even his favorite fast food brands aren’t fond of him.

It all started when the President of the United States Donald Trump made this tweet yesterday: 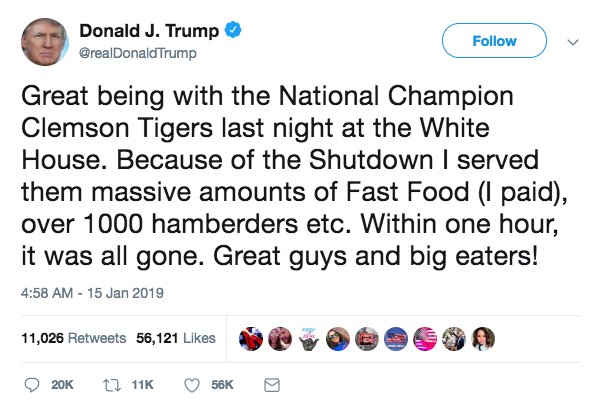 We really don’t get how do you get “hamburger” wrong.

Probably the most American food out there and an American president got it wrong. It got none other than Burger King to address this burger scandal.

due to a large order placed yesterday, we're all out of hamberders.
just serving hamburgers today.

Some people pointed out that its not just spellings he gets wrong, but pronunciations too:

The tweet later went away and was replaced with a corrected version after a couple of hours.

Twitter has a field day over Donald Trump’s ‘Hamburger’ gaffe

Many took this opportunity to do a Thursday throwback for Trump’s other ‘misspell’ tweets.

Finally, we know what #Covfefe is!

If he can’t pronounce names of countries, trying to say anonymous was a hard ask for Trump pic.twitter.com/XSL6daYy7N

The trolls were out for a stroll.

I feel sorry for those poor athletes who thought they were visiting the White House, and instead wound up at White Castle. #hamberders

Based on the White House’s statement, the President ordered fast food for the Clemson University Tigers’s because he wanted to host a ‘fun event’.

Why he ordered fast food though has nothing to do with some parts of the statement.

“because the Democrats refuse to negotiate on border security, much of the residence staff at the White House is furloughed……So the President is personally paying for the event to be catered with some of everyone’s favorite fast foods.”

Fun event or not, the Internet had a lot of fun.

McDonald’s to Cut Antibiotics Used in their Beef Burgers