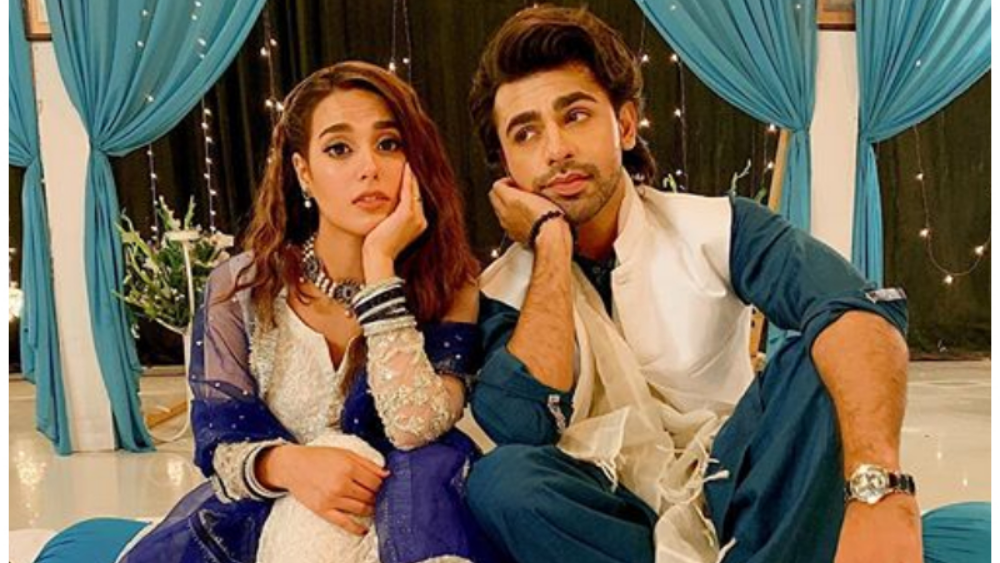 Often actors become synonymous with famous characters they play as people grow so attached to them. ‘Arsal‘ in Suno Chanda is one such role for Farhan Saeed.

But turns out the Sajni singer almost didn’t play the part. Another actor was the first choice for the role.

According to Current.pk, Wahaj Ali, Shahzad Sheikh or Imran Ashraf could have ended up as the lead in Suno Chanda, instead of Farhan Saeed.

Could you even imagine anyone else as Arsal? Fans definitely couldn’t.

Some fans even commented how the drama wouldn’t have been such a huge hit had someone else played the role. 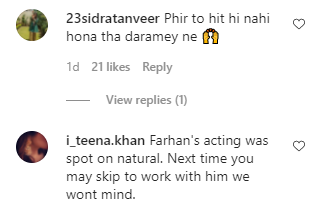 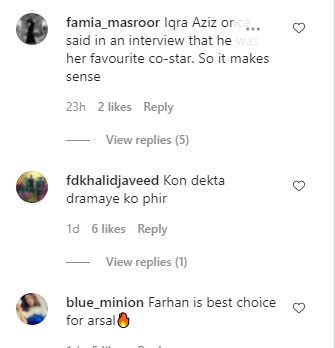 Iqra Aziz and Farhan Saeed’s chemistry in Suno Chanda is what made the drama serial such a huge success. The series even had to be renewed for a second season.

Tabeer writer Imran Ashraf had a cameo opposite Iqra Aziz in Tabeer but really shined as ‘Bhola‘ as her co-star in Ranjha Ranjha Kardi.

Interestingly, we haven’t seen Iqra Aziz opposite, Wahaj Ali. The actor is known for his role in drama serials like Ghisi Pitti Mohabbat, Ehd-e-Wafa, and Dil Na Umeed Tou Nahi.

Would you want to see this actor opposite Iqra Aziz?