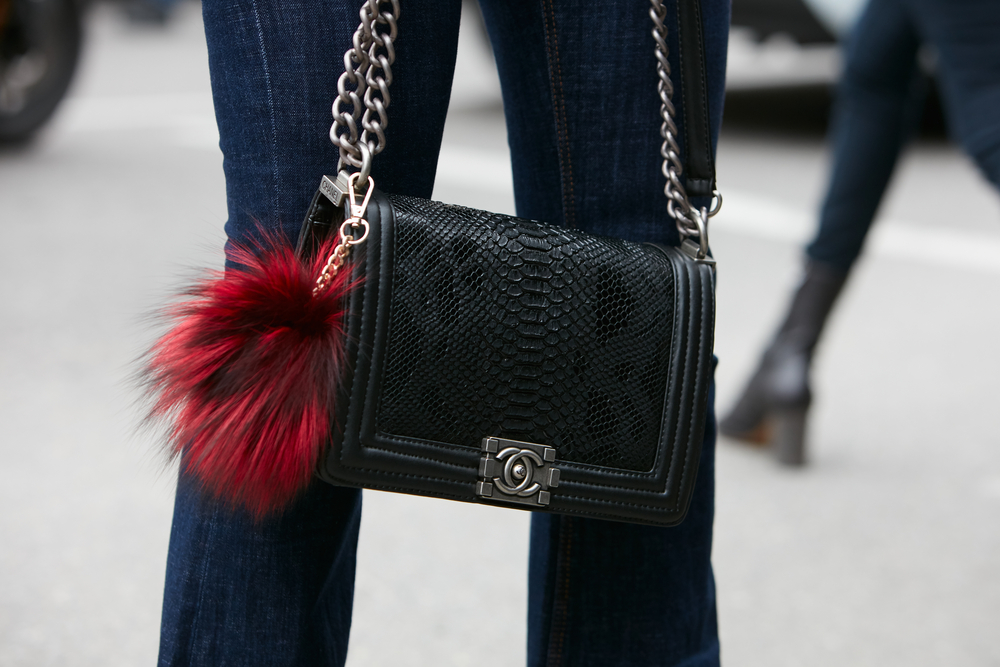 Chanel goes cruelty-free, with its head of fashion Bruno Pavlovsky’s announcement that the fashion house would no longer use animal pelts (skins) for its’ creations

This move makes the French fashion house, the first luxury fashion brand to stop using exotic animal pelts such as lizard, crocodile and snake skin. The decision has been applauded by animal rights groups.

“Chanel would no longer use exotic skins in our future creations”

The exotic skins market had been going strong for ages with fur, and then leather. The anti-fur movement of the 80s and 90s was instrumental in limiting, if not outright stopping, the use of fur in fashion. Fashion brands then went for ‘faux fur’ given how the texture of the material is easier controlled, as compared to real fur that varies with climate, diet and age of the animal.

The issue of reptilian skin being used for fashion products, has also been raised by activists throughout the years, especially when the truth behind crocodile farms was exposed. Handbags, coats and shoes made from snake, alligator and stingray skin came with a heavy price tag and ever-increasing demand. This obviously resulted in an alarming drop in numbers of some species such as the Malaysian python.

To quote you an example, a Chanel-branded handbag made of animal pelts could retail for up to to 9,000 euros ($10,300) on average.

Chanel Starts to Remove Products with Animal Pelt from Its Catalog

Chanel removed Python skin bags from their website on Tuesday. However, secondhand bags (which were made from animal skin) were still on sale for over 5,500 euros on online resale sites.

Animal rights groups such as People for the Ethical Treatment of Animals (PETA) and the Humane Society International (HSI) are also claiming that the iconic house of Chanel is also renouncing the use of fur.

A few fashion houses continued to use fur despite the anti-fur movement in the 90s. These names included Chanel, Yves San Laurent and more.

The artist at the helm of the fashion house Karl Lagerfeld had earlier told Women´s Wear Daily that Chanel rarely used fur.

……so rarely that he could not remember the last time it featured on the catwalk.

The End of Fur?

Europe has clamped down on this cruel practice over the years. From French actress’ Bridgette Bardot’s anti-fur movement to the European Union ethical fashion laws after the exposure of labor rights violations in Bangladesh, the move from Chanel came by surprise.

HSI director Claire Bass pointed how economical and better quality materials such as faux fur were.

Fur-using brands such as Fendi (for which Lagerfeld also designs), Dolce & Gabbana and Louis Vuitton need to take heed and embrace this fur-free future.

Despite years of pressure from activist groups to drop fur, and a massive decline of 75 percent in fur sales in the 80s, some brands have still not renounced fur. However, top fashion brands such as Gucci, Armani, Versace and John Galliano are in the midst of going fur-free due to a rising tide of criticism.