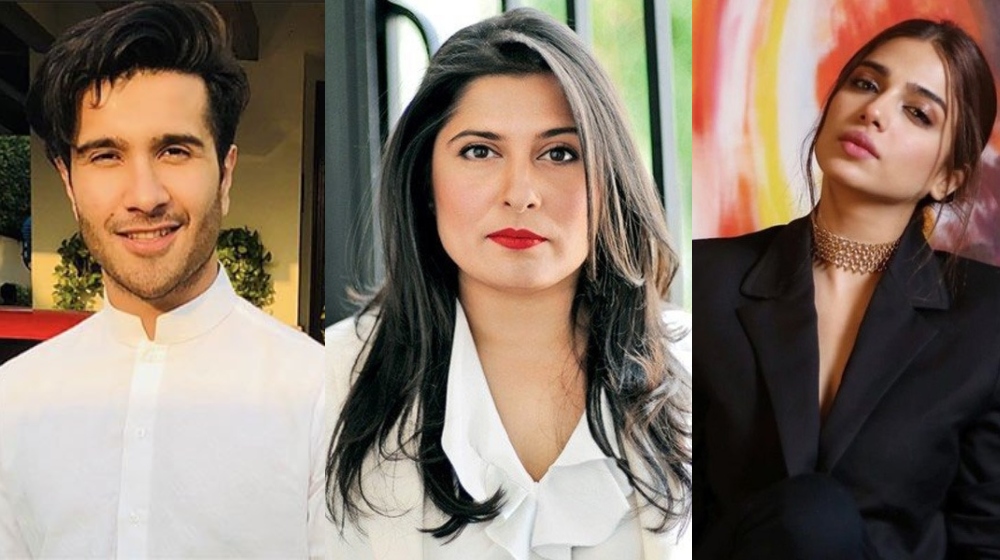 An old interview of the Saraab actress, dating back to 2018 is going viral. The actress voiced her opinion about which Mahira Khan movie she would not have done, given the chance? Sonya Hussyn said Raees, explaining she wouldn’t want to star in a movie as a secondary character to a male protagonist.

Is Feroze Khan Taking on Harassment Against Women on His Own?

SOC then slammed the Meri Guriya artist, even pointing fingers at her upbringing.

“Don’t think you’ll ever be Mahira Khan so you won’t ever get to say no. Don’t dis other women in the industry, reflects poorly on you and your upbringing.”

Feroze Khan then stepped in to defend his Tichh Button co-star calling out SOC for her comments. He brought up the fact that even the Oscar-winning filmmaker has done some not-so-great things. How are we to publically bash others.

“I once saw this YouTube link where the woman she (SOC) made a documentary on, got her Oscars, was complaining that she (SOC) never paid her. – While talking about upbrining.”

The matter Feroze Khan is referring to is the conflict between Ruksana the woman in SOC’s first Oscar winning documentary ‘Saving Face‘. The acid attack survivor shared that the filmmaker had promised her a house and plastic surgery to repair her face.

However, when the filmmaker failed to fulfill her end of the bargain, Saba Qaiser filed a lawsuit.

SOC refuted the claims on social media saying, the surgeon in the documentary operated on the primary subject in the film Zakia, while Ruksana turned down the offer. She added that she had not offered Ruksana any financial compensation.

Sonya Hussyn Claps Back at Sharmeen Obaid Over Recent Jab

At the time of the lawsuit, Rukhsana stated that she had been thrown out of her house for starring in the documentary film and was forced to live a nomadic life with her children.

Recently, Sonya Hussyn also responded to the comments by the Academy Award-winning director. She called her out for ‘uplifting’ a woman by bashing another woman.’