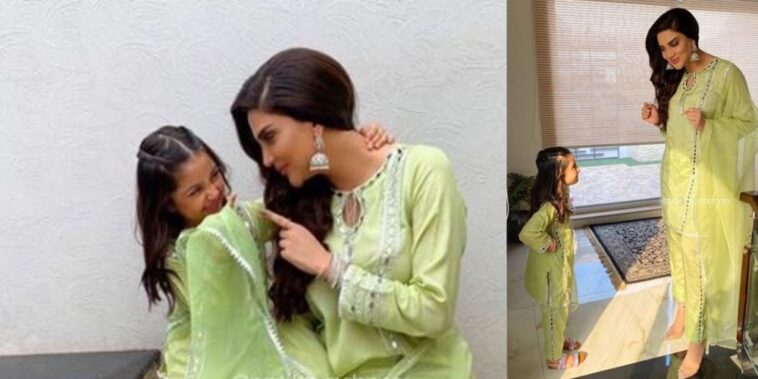 Fiza Ali is a pretty hands on parent despite being occupied with so much, being in the biz and all. The actress-cum-host does not shy away from letting her daughter Faraal hijack her social media platform.

The actress is often seen sharing pictures of her little girl. Especially in twinning outfits. The confident vivacious little Faraal really is a miniature version of the Kaaf Kangana actress.

Fiza Ali’s daughter really stole her thunder with those coy poses. From the way, she smiles at the camera to her adorable antics.

Fiza Ali and Firdous Jamal Sing a Duet Together [Video]

It’s endearing to see the little girl take after her mother. Are we looking at another star the likes of Fiza Ali? The actress started in the biz quite young as a model. She then made her acting debut and rose to fame with the drama serial Mehndi in 2003.

She dominated the drama scene throughout the late PTV era prior to the privatization of the media in Pakistan. Since then the actress has evolved into a television host. She started hosting a morning show titled ‘Subh Ki Fiza‘ on APlus back in 2012. Currently, she hosts ‘Taron Sey Karen Batain‘ on GNN.

Fiza Ali was also seen in the film ‘Kaaf Kangana‘. Although the film bombed badly, it was still interesting to see the Saat Sur Rishton Kay actress play an older character.

Recently she made her singing debut with a song titled ‘Harra Rang‘. Followed by two other tracks Dhool Jani and Din Char. Let’s see if her singing career catches on as well. 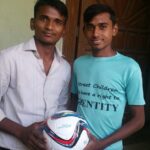 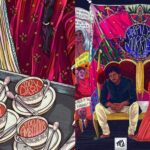