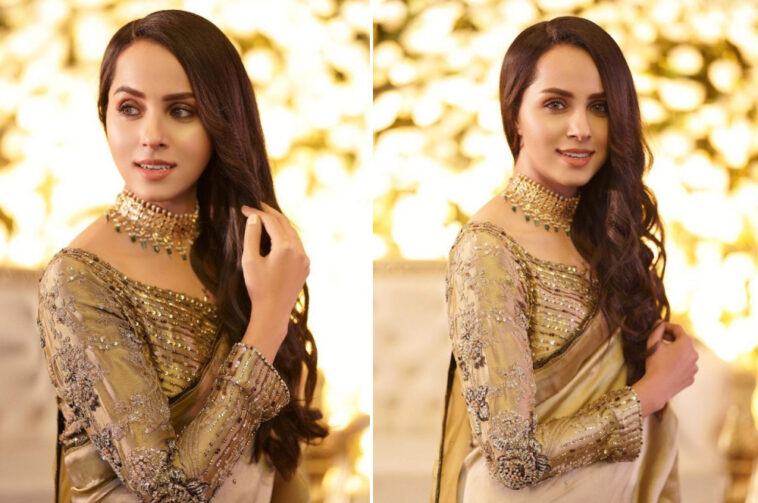 Famous actress and Pakistani model Nimra Khan got everyone’s attention on social media with her recent clicks from a wedding event. The gorgeous actress looks stunning in a golden saree. 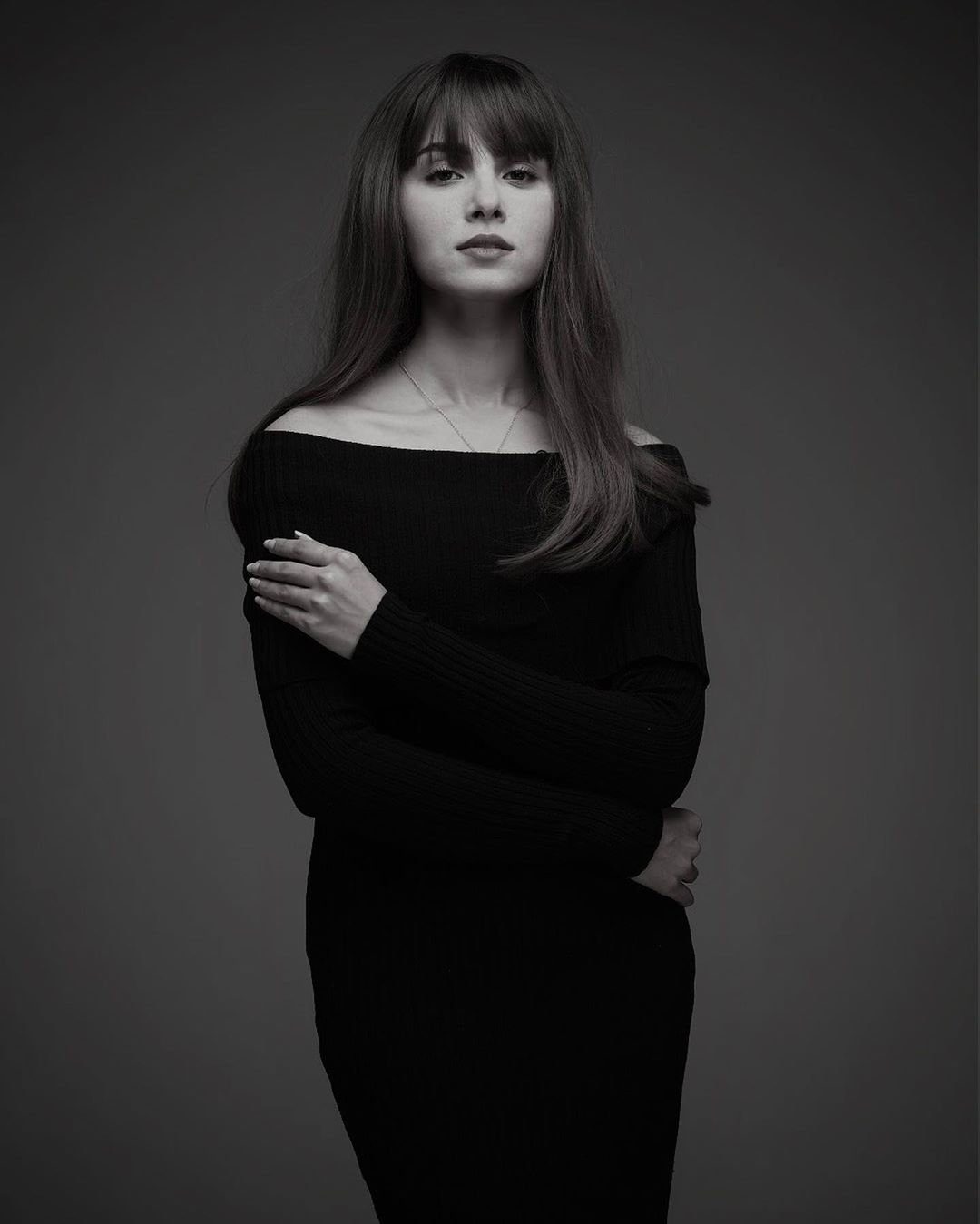 Nimra Khan is one of the most popular figures in the Pakistani entertainment industry. The actress is a household name as fans love her beautiful looks and charming personality. Since her TV debut in 2011, Nimra has made a name for herself in the showbiz industry. Her brilliant performances have not only won the hearts of fans but also established her as one of the most sought-after stars in the business. 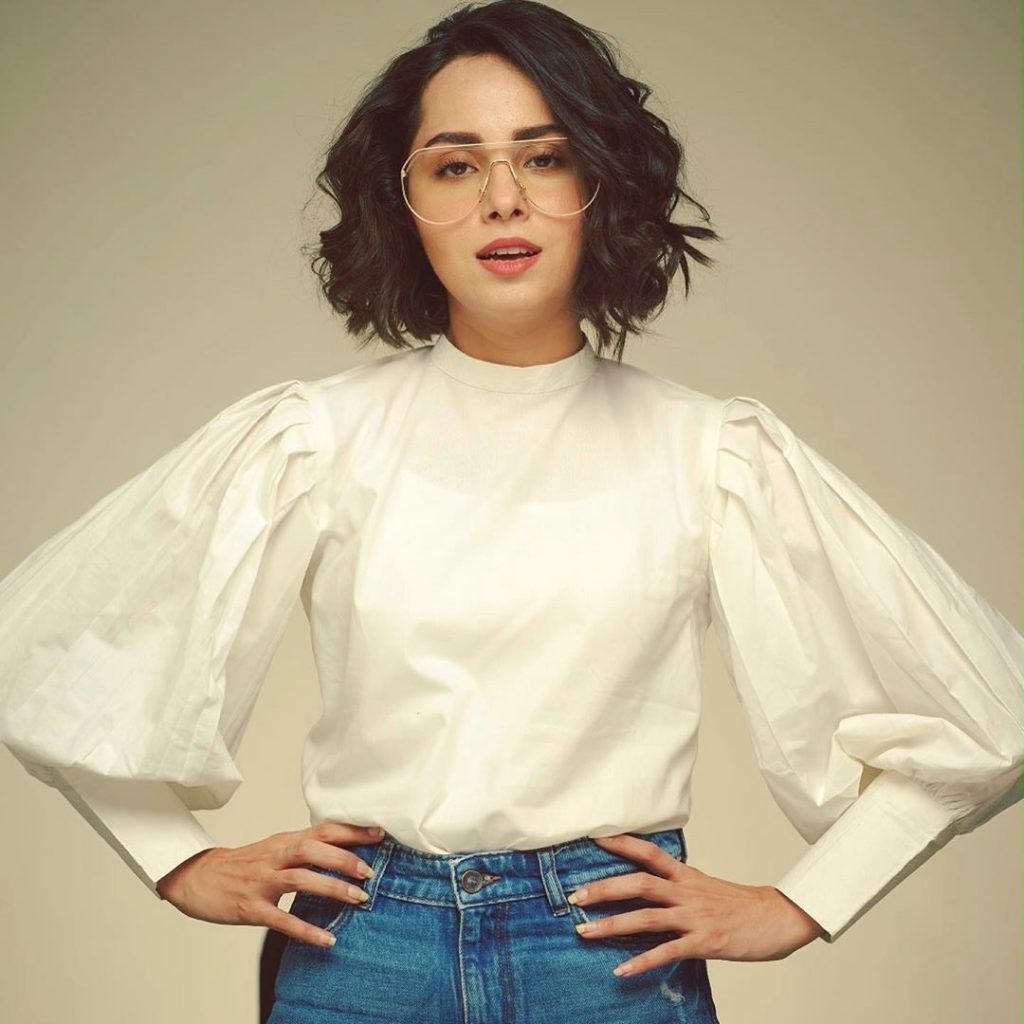 The gorgeous actress has been on a roll since the beginning of 2021. Nimra kicked off the new year in style and continues to do so with her latest clicks. Recently, fans found Nimra at a wedding event. Social media is abuzz with the pictures of the actress in a beautiful golden saree. Here are some exclusive snaps of actress Nimra Khan that are going viral on social media. 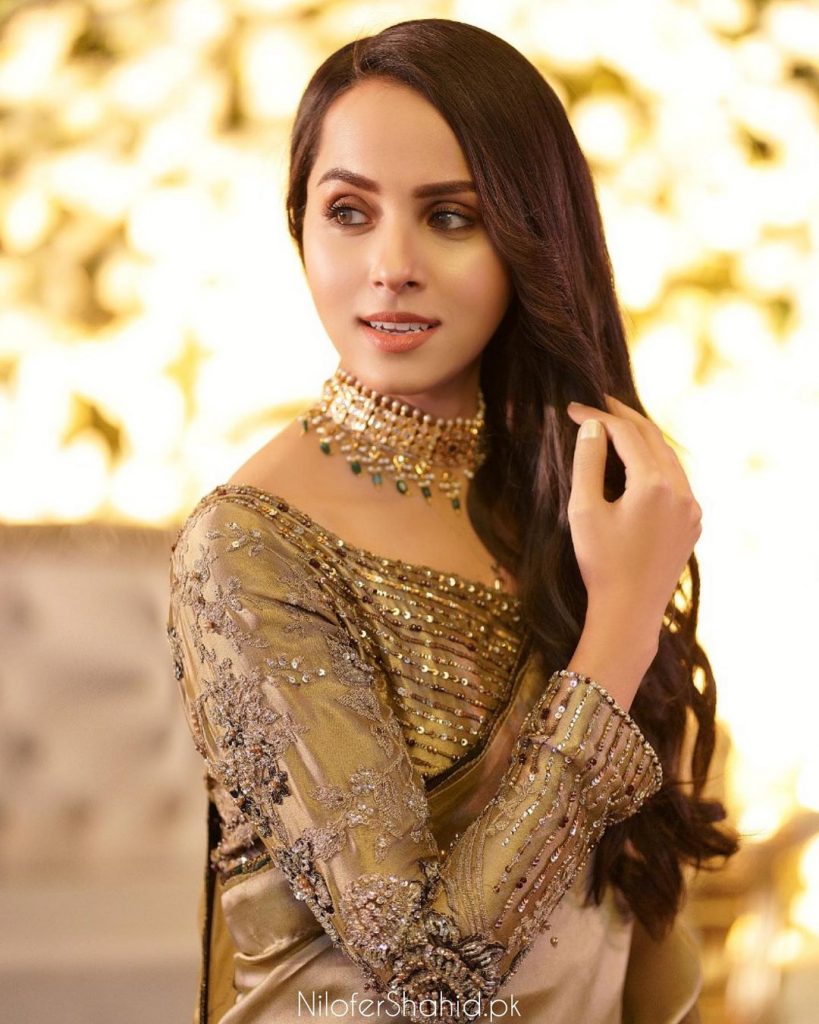 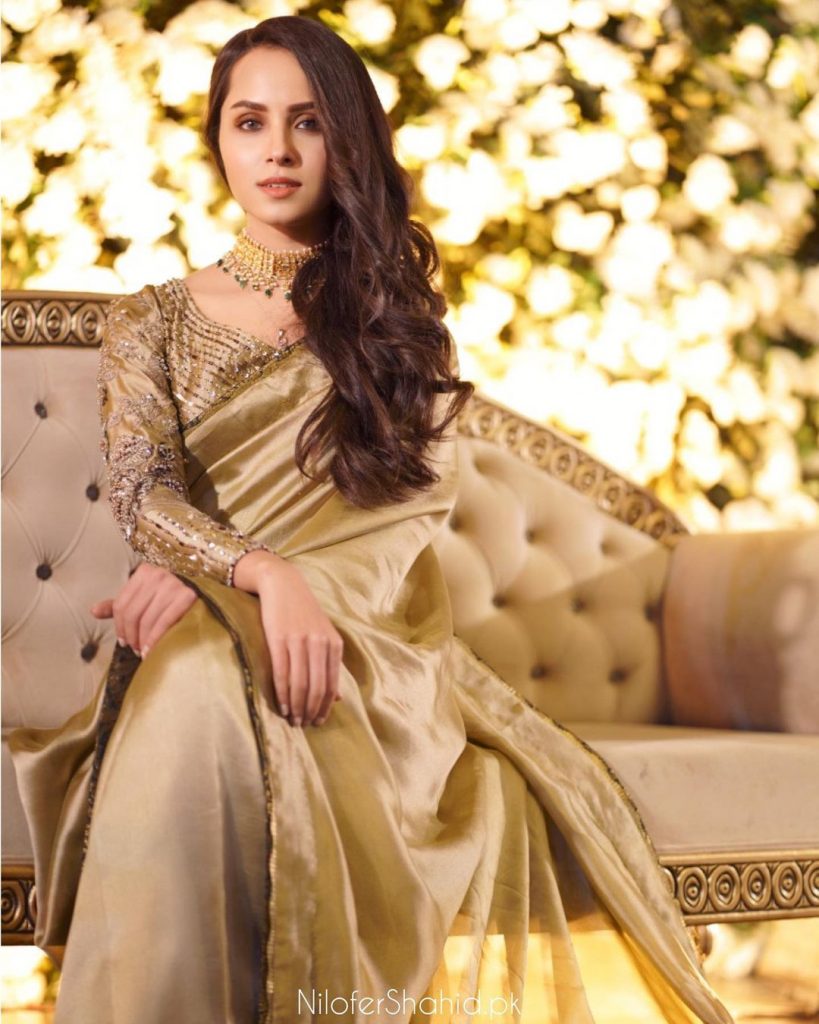 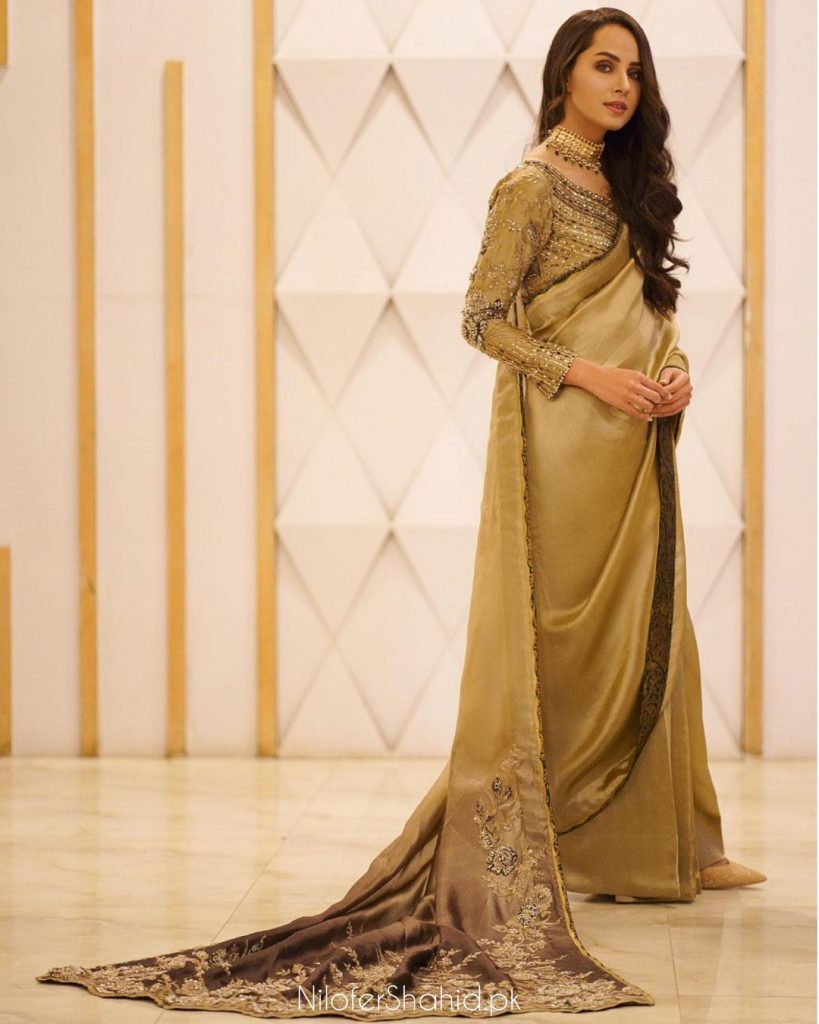 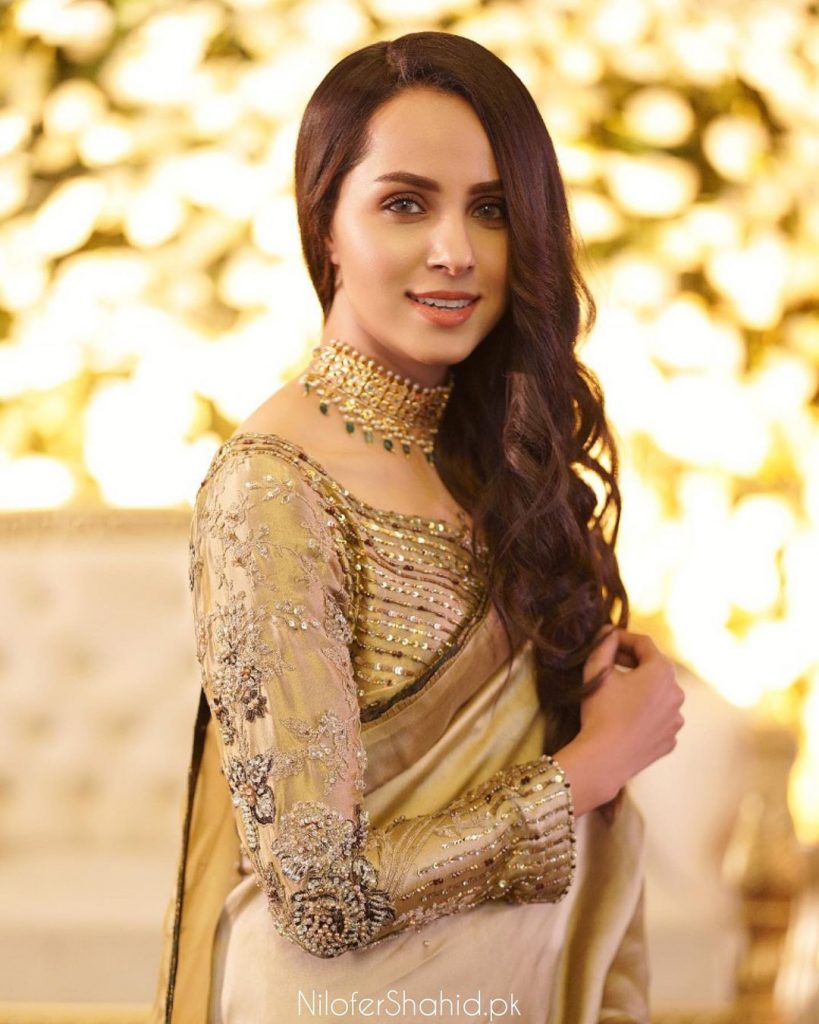 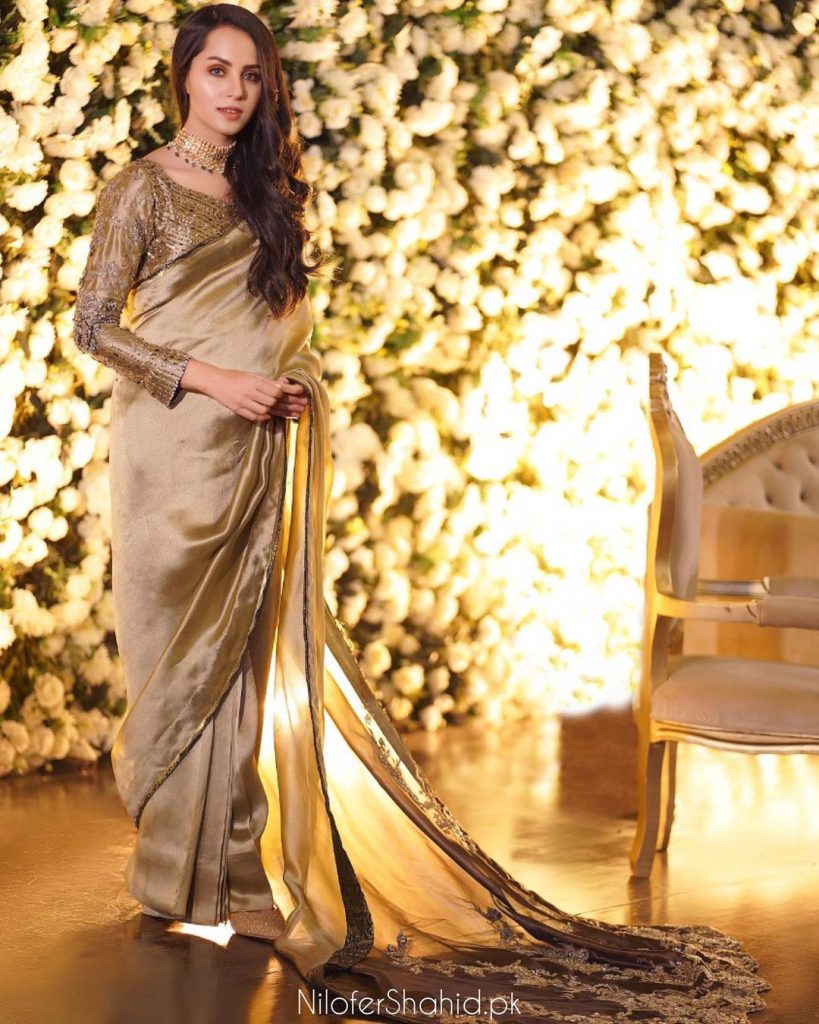 The gorgeous saree is the work of renowned fashion designer Nilofer Shahid. The formal dress has an embellished design with borders laden with moonlight crystals, glass beads, exotic stones and handmade flower petals. Style have to be given to Nimra Khan for being able to carry such a glamorous dress with such grace and elegance.

What do you think about Nimra Khan’s latest clicks? Share your thoughts in the comment section below. 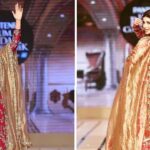 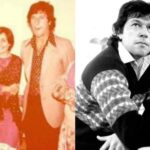