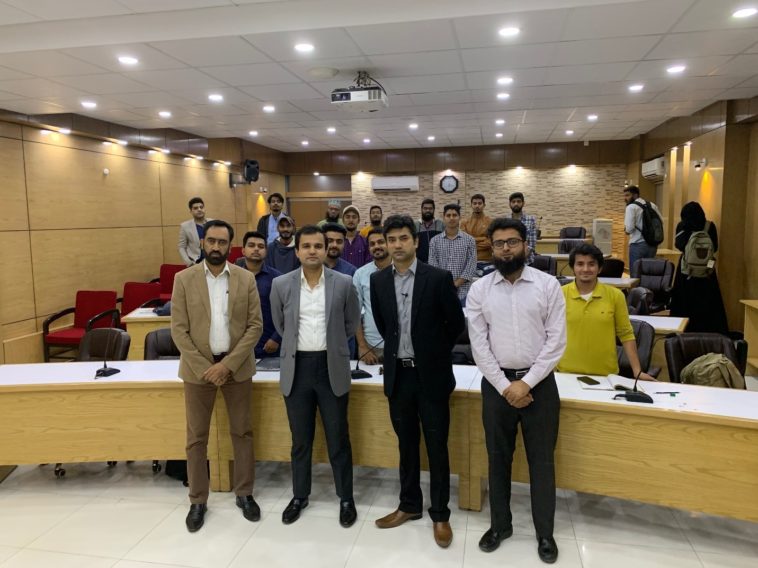 Through ‘Talks at FTI’, Frontier Technology Institute aims to achieve a public dialogue on the applicability of the emerging field of Data Science across multiple disciplines.

For Frontier Technology Institute’s (FTI) monthly speaker series session, the guest speaker was Mr. Anis Uddin Sheikh, the Founder & CEO of baseH Technologies. His company is in the process of revolutionizing the content writing space through Artificial Intelligence (AI).

The highly talented and intelligent guest speaker spoke candidly, at lengths, about the importance of Data Science and AI as the world ventures into the next phase of the Industrial Revolution. Mr. Anis also provided the audience with an interactive demo of his company’s marquee development called Dante. Dante is an AI writer which, at the moment, is capable of writing a market closing report provided a few key parameters. It is being actively developed to be able to write sporting matches reports, financials, weather reports, and general political news.

During his keynote, Mr. Anis noted:

“Dante is one of the world’s first robot journalist that can write basic news reports or content by itself.

The people who can write are opinionated, to say the least. We are trying to make a module which is not biased, which is only trying to base its predictions or writings on the facts. “ 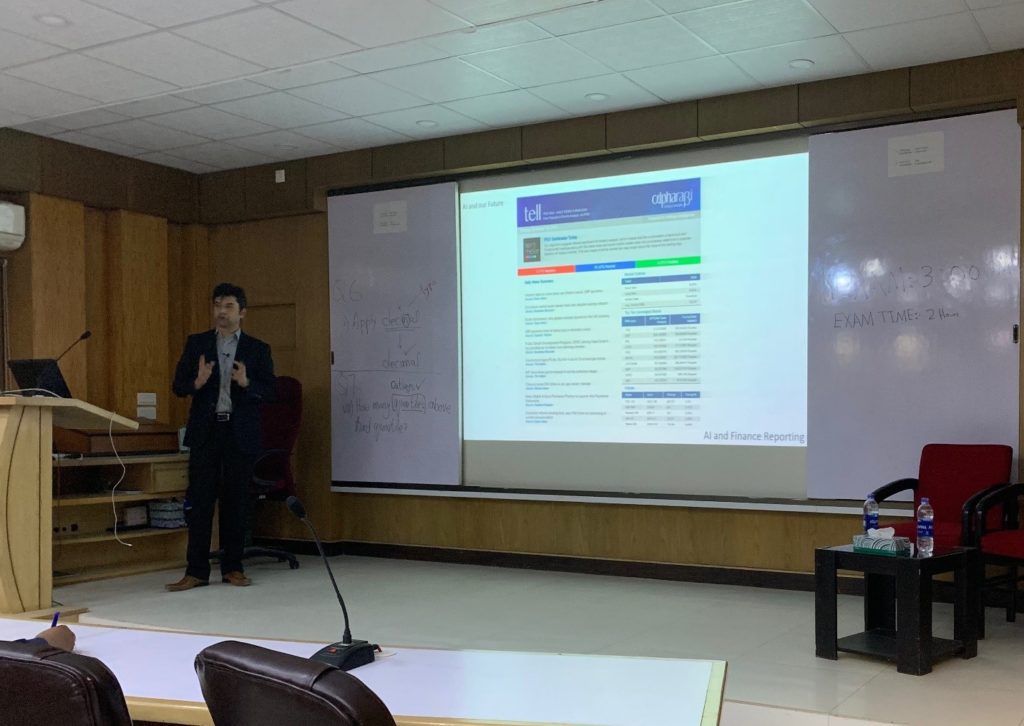 In the latter part of his presentation, Mr. Anis also touched upon the abundance of value-adding opportunities that are available to the budding entrepreneurs in Pakistan.

During his final remarks, he noted:

“With an average age of 23, Pakistan is a country that boasts one of the youngest populations in the world yet we lie in the bottom 20% of the world’s most innovative countries; This is an issue and an opportunity.

Through realignment of focus at our academic level paired with adequate guidance and support via public-private partnerships, Pakistan has all the potential to become a force to reckon with especially within the growing technology space “ 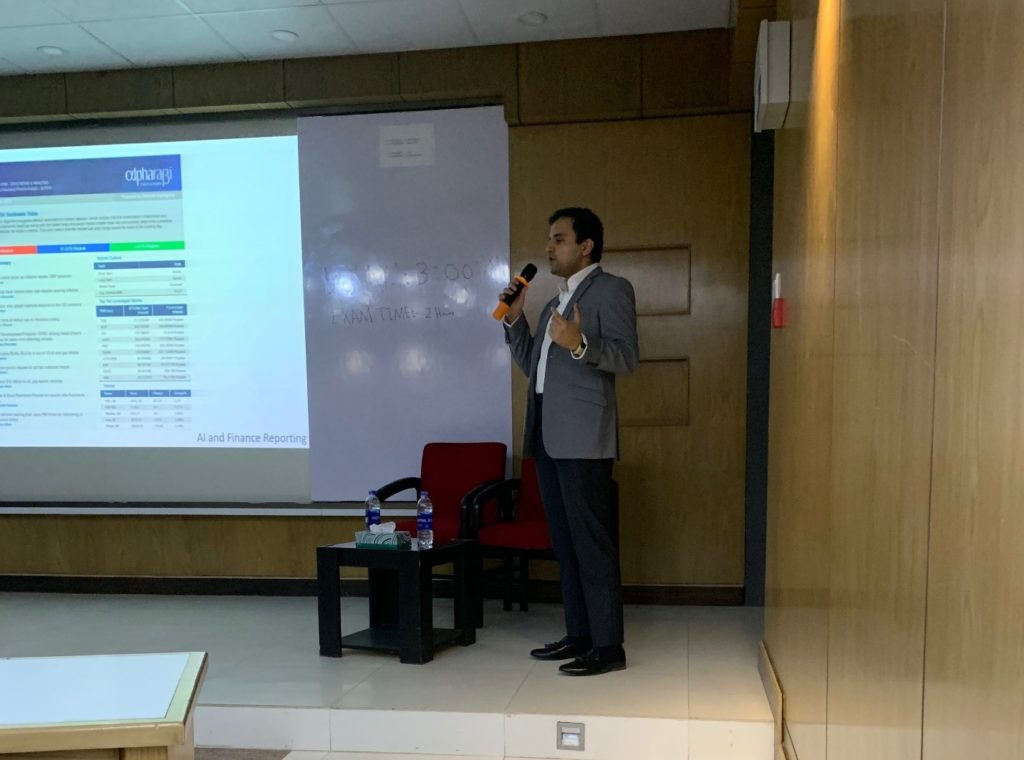 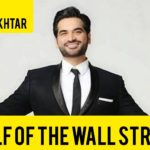 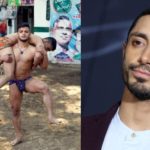