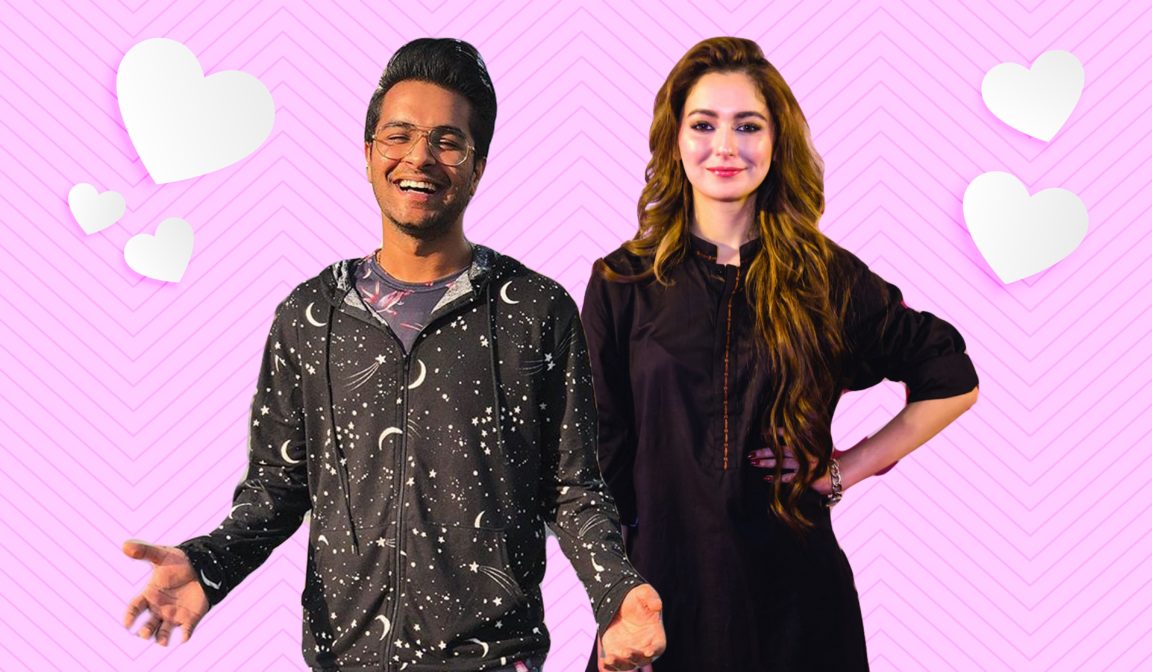 The real life couple of Asim Azhar and Hania Amir will be uniting onscreen for a romantic telefilm. The telefilm Pyar Kahani is directed by Ahsan Talish and will air on Hum TV.

The news was confirmed by Ahsan Talish himself while speaking to the local media. Ahsan Talish, who has won the Lux Style Award for Best Director, also told that the telefilm has been written by Kishore Asmal.

Pyar Kahani Is About Two Writers in Love

Hania Amir and Asim Azhar will be seen playing the role of two writers who slowly but surely fall in love with each other.

“The drama is written by Kishore Asmal. We will be seeing Hania Amir and Asim Azhar as the lead cast and the story is about two writers who fall in love.”

While talking about the story, the director said that it revolves around two writers at different stages of their lives. One of them is still struggling to make his mark while the other is already a successful writer.

About the character played by Asim Azhar, Ahsan says that the singer will be playing the role of a struggling writer who wants to make a name for himself. However, his father wants him to be a businessman like him.

“Asim is a businessman’s son whose father puts him down a lot. His father doesn’t want him to become a writer and instead wishes for him to follow in his footsteps and become a businessman who can simply buy a writer.

However, Asim’s character wants to be a self-made man.”

The Lux Style Award winning director also talked about the character of Hania Amir in the film.

“On the other hand, Hania’s character is a relatively famous writer while Asim is still struggling as a writer everywhere.

Hania and Asim have wonderful chemistry and this is the first time they’re going to be on screen together.”

Ahsan Talish has high expectations from the duo considering their wonderful real-life chemistry.

The telefilm Pyar Kahani is slated to hit our TV screens on 20 July 2019.