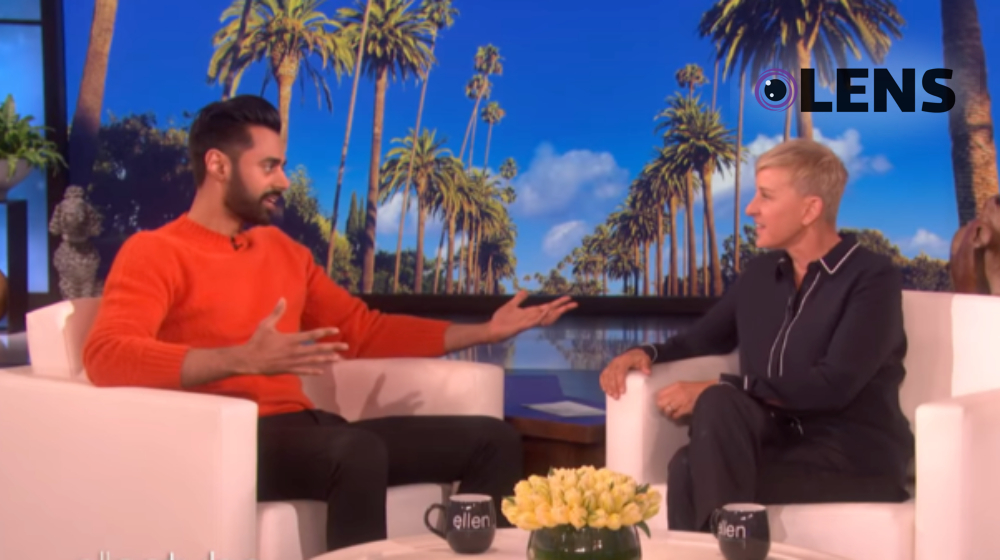 Hasan Minhaj called out Ellen DeGeneres for mispronouncing his name and made some pretty great points along the way.

The Patriot Act star then taught Ellen DeGeneres the right way to pronounce his name.

“I actually want to do this on national television,……The real way you pronounce it – and this is a big deal because my parents are here – it’s Hasan Minhaj,”

Degeneres made a point that that’s how everyone pronounces Hasan’s name, the wrong way. While there is no silent ‘S’ hiding in his first name the ‘H’ in his second name is ignored (Minhaj is not like Minaj….that’s the rapper).

The Indian-American comedian opened up about how when he first started doing stand-up, people suggested he change his name. The Arrested Development actor had a fitting response to that.

The West Has a Problem with Non-Western Names

Butchered names are a recurring issue with Western celebrities that have non-Western names. Take the example of one Quvenzhané Wallis back in the 2000s. Funny thing is her Annie costar Jamie Fox made a song to help people learn to pronounce her name.

This is not just an issue of difficult names Hassan pointed out, its a matter of trying. Funny thing is he goes by Timothee Chalamet at Starbucks and they spell it right.