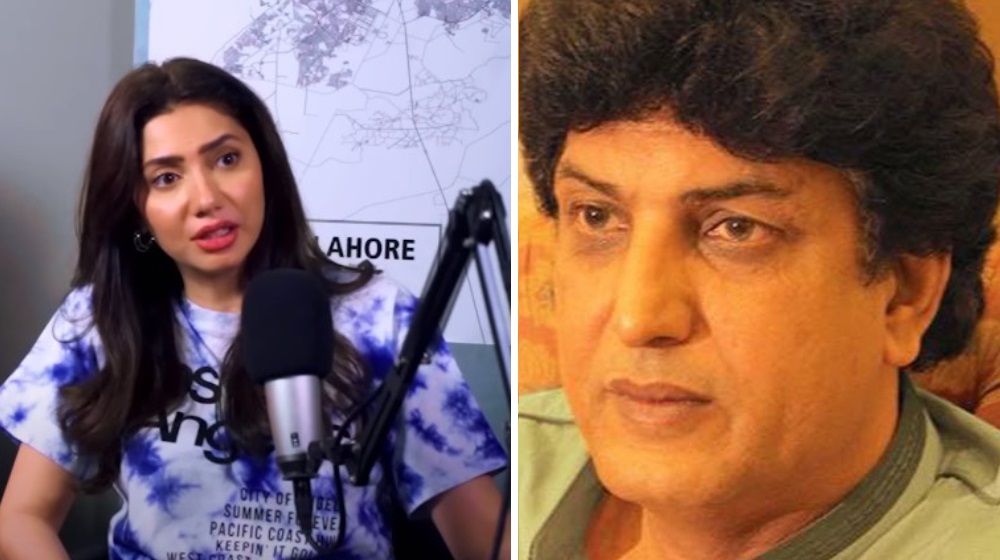 Actress Mahira Khan finally shares her thoughts about working with screenwriter Khalil-Ur-Rehman Qamar. The Sadqay Tumhare actress has no regrets taking a stand against the writer, which ended her chances of ever working with him again. 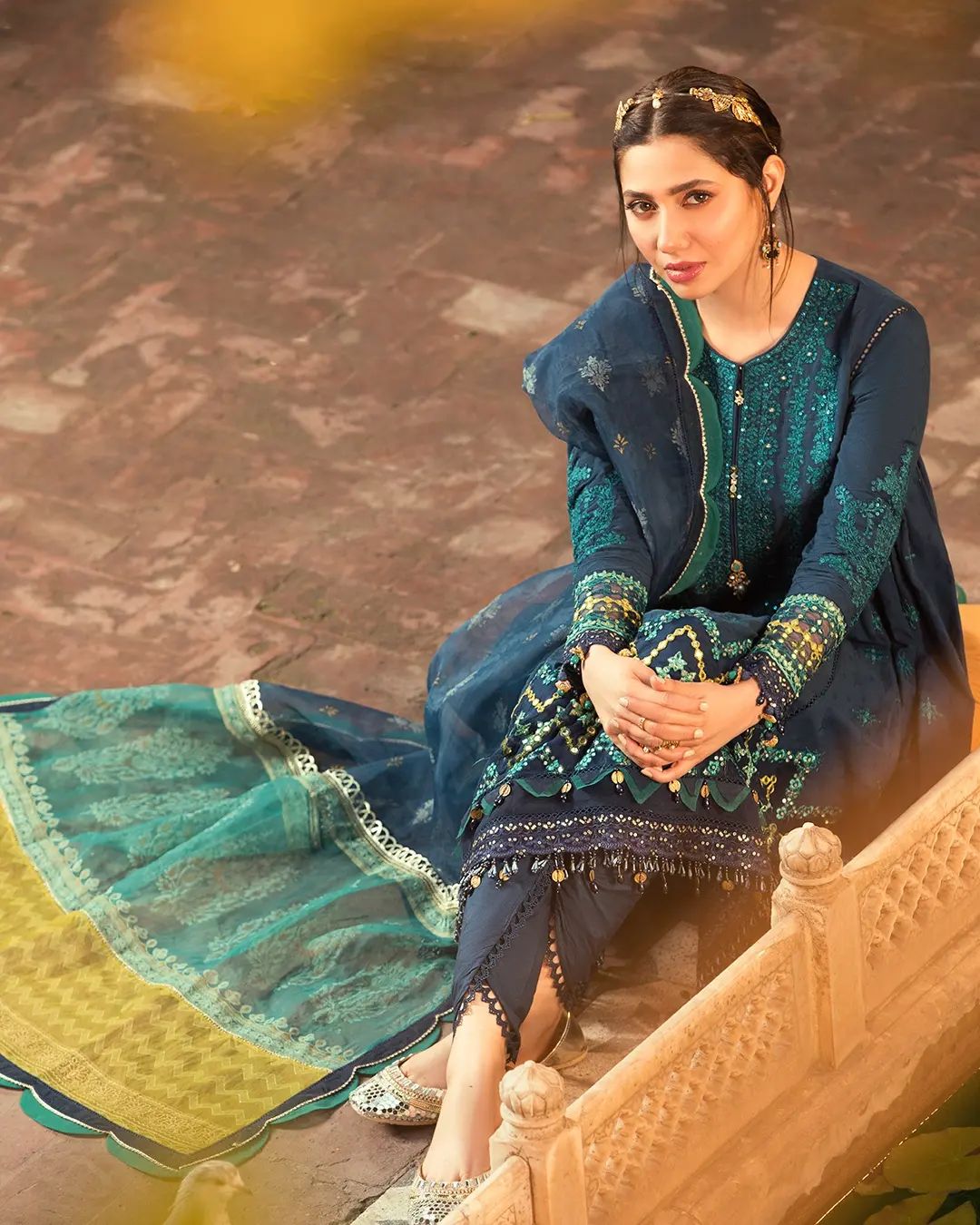 Mahira Khan is one of the biggest stars of the Pakistani industry. The actress made a name for herself with hit projects such as Humsafar, Shehr-e-Zaat, Bol and the recently concluded Hum Kahan Kay Sachay Thay. Her latest project is an upcoming feature film Quaid-e-Azam Zindabad with Fahad Mustafa.

Currently, she and Fahad are doing press events and interviews to promote their film. Recently, Mahira Khan and Fahad made an appearance on YouTuber Taimur Saluhuddin’s (aka Mooroo) podcast. The actress talked about her career, including working with Khalil-Ur-Rehman Qamar. 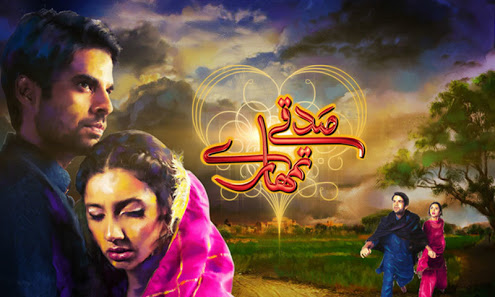 Mahira was the leading lady for Khalil-Ur-Rehman’s hit drama serial Sadqay Tumhare. Fans loved the show and wanted to see more collaborations between Mahira and Khalil. However, the two got into a war of words after Khalil-Ur-Rehman’s feud with Marvi Sarmad. 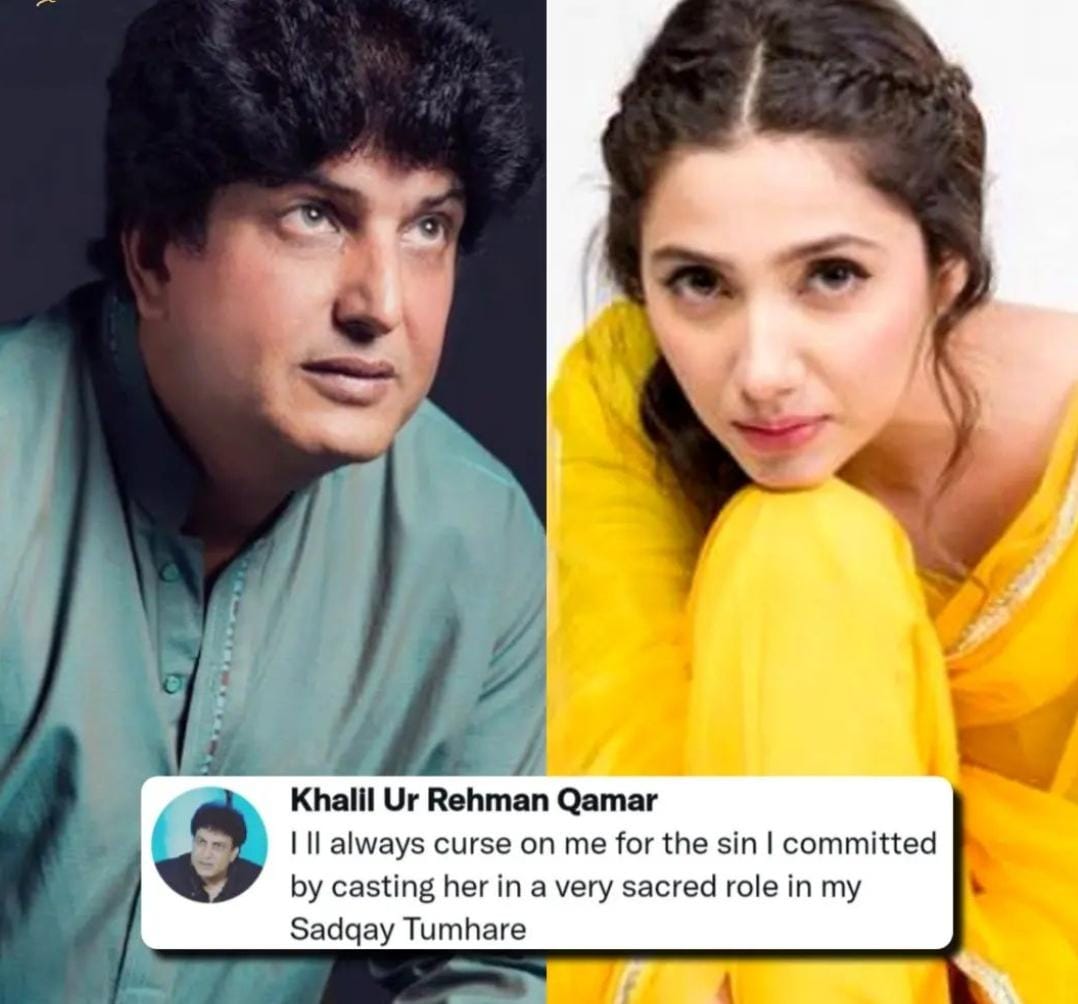 Mooroo asked Mahira what it was like working with Khalil-Ur-Rehman.

“He loved what I did with Sadqay Tumhare,” Mahira said. “He wanted me to other stuff he had written, but then I said what I said.”

The actress states she took a stance, which meant she “lost a lot of work with him”. In the end, Mahira believes it doesn’t matter and has no regret speaking up against Khalil-Ur-Rehman. Check out the full interview here.

What do you think about Mahira Khan and her views about Khalil-Ur-Rehman Qamar? Share your thoughts in the comments below.