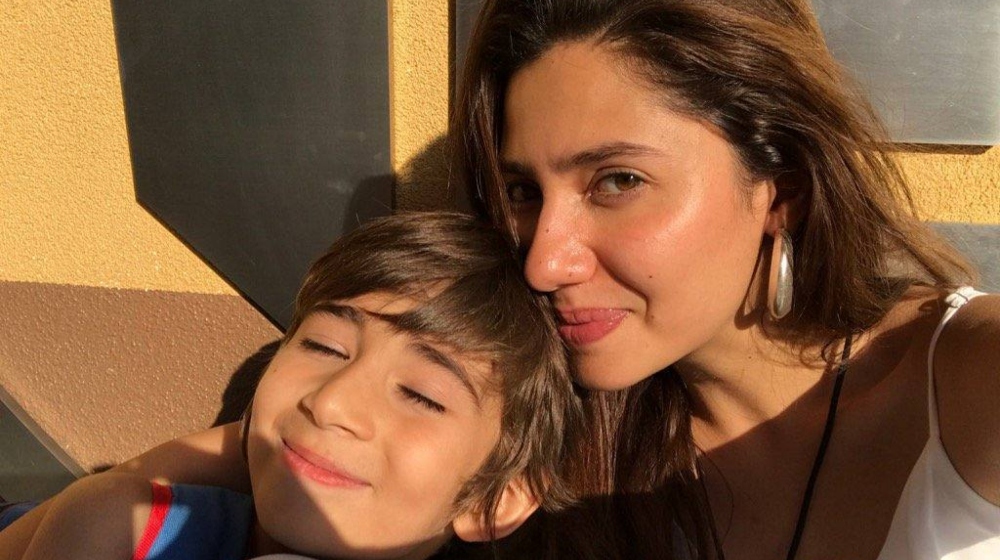 There’s a lot of chatter surrounding what female actresses should and shouldn’t do. Especially when it comes to juggling a career in the biz and motherhood. Now Mahira Khan is sharing her story of being a mom and an actress.

While talking about how she had to adjust her career with motherhood, the Bin Roye actress revealed that she had help. In an interview with Gloss Etc, the Superstar actress shared her secret to managing a career in the entertainment industry along with motherhood.

“My parents have helped me a lot throughout my journey. A couple of years ago I never felt difficult because my parents were young and capable enough to take care of him, even I was also young to manage but now I feel that I have to look after each and everything.”

She even revealed that she is a very involved parent around exam season. The Humsafar actress makes an effort to help her son Azlan with homework and things.

“Now I have to take a break from my work whenever his test sessions or exams appear because I can not compromise on his studies because I feel no one can teach a child better than his mother. Even though my mother is a teacher and he look after Azlan’s academic report but I do it all on my own. By the way I love teaching.”

Mahira Khan mentioned feeling like she needs to look after everything now. Perhaps that has to do with her son growing up and the added responsibility of nurturing a more aware child.