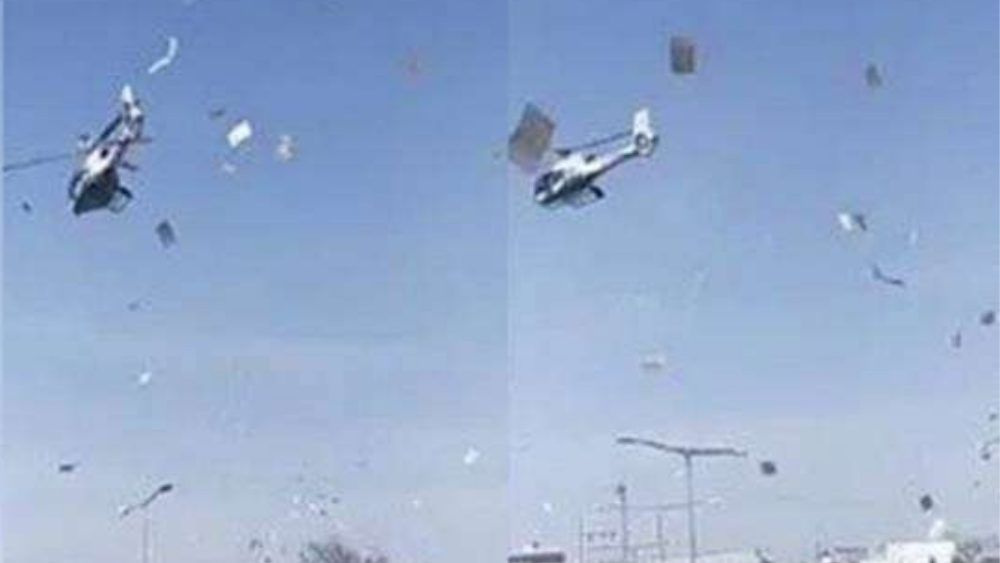 The wedding took place in Punjab’s Mandi Bahauddin area where a helicopter was caught on camera showering money and flowers over a wedding procession.

According to reports, the groom’s brothers, who had come from abroad to celebrate their brother’s wedding, had specially arranged a helicopter to create the spectacle.

The video has made several rounds on social media and netizens are surprised to see them take this custom to a whole new level.

However, the brothers of the groom are now in trouble. It seems that they were too excited about their brother’s wedding that they forgot to take authorised permission for using the helicopter.

The Deputy Commissioner of the area has asked officials to take legal action against the organizers for not seeking permission for the helicopter.

Previously, an industrialist from Gujranwala showered US dollars at his son’s wedding. Identified as Sanaullah, the industrialist showered currency notes one by one towards the crowd.

It was reported that as soon as the groom and his relatives reached the marriage hall, his father, friends, and relatives started showering dollars and Pakistani currency notes on the guests.

Locals and guests alike, the crowd went crazy and were also caught on camera, collecting the dollar notes from the ground.