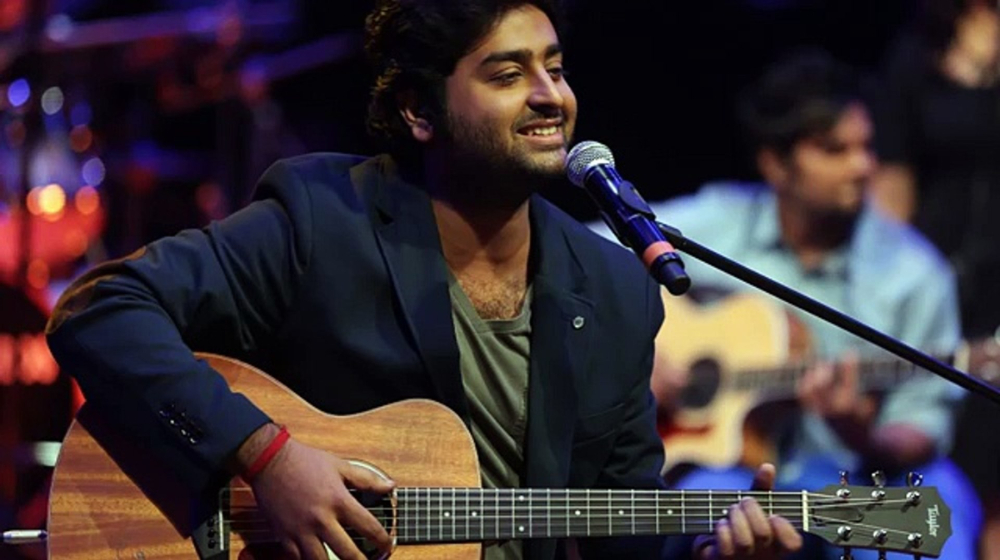 The well-celebrated Bollywood singer Arjit Singh was recently on a tour to the United States. The award-winning singer surprised his Pakistani fans with an announcement that he will surely visit Pakistan. And we can’t stop getting excited about this. Arijit Singh is an Indian singer and music composer. The Tum Hi Ho crooner is the recipient of a National Award and six Filmfare Awards. He is known as one of the best singers in the Indian music industry and has a huge fan base throughout South Asia, predominantly in India, Pakistan, Bangladesh, and Nepal. He is also known as the “King of Playback Singing”.

The 35-year-old singer hit the stage for a concert in Houston over the weekend where he left the audience swooning over his melodious vocals. A video clip from the show is currently getting viral on social media in which the crowd can be seen screaming their lungs out after the Humari Adhuri Kahani singer blow the gaff on his probable tour to Pakistan.

While interacting with a Pakistani fan at his show, he said,

“You can rest your arms over there the person from Pakistan. I will come to Pakistan,”

Take a look at the video clip below,

This announcement of the most beloved singer has left his fans going crazy and they can’t wait for his melodramatic voice in Pakistan.

What do you think about this announcement of Arjit Singh? Share your thoughts below