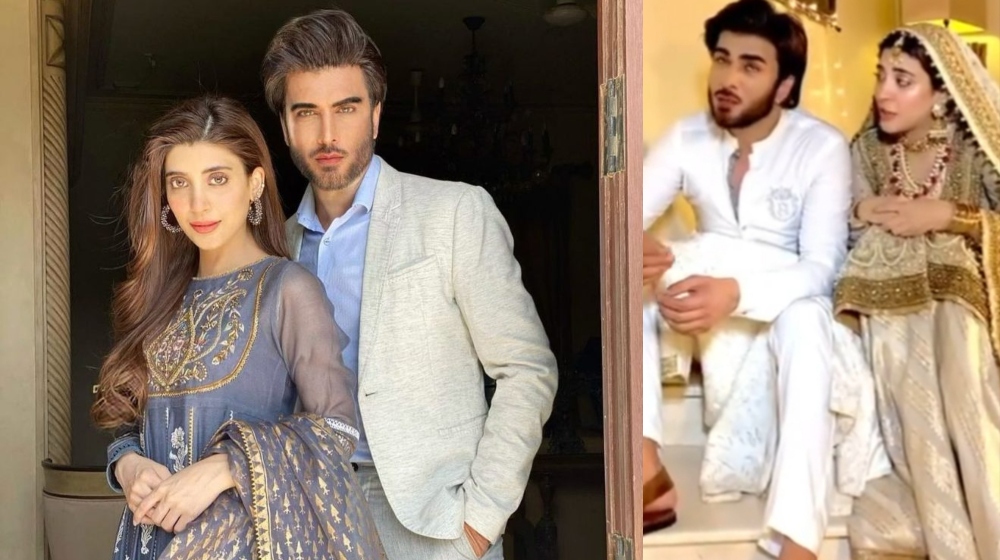 Imran Abbas and Urwa Hocane are set to share the screen in an upcoming drama Amanat. While on the sets of the drama serial, the co-stars passed the time by singing ‘Pal Bhar Thehar Jao‘. Now the cover is making rounds online.

Urwa Hocane posted the video of their casual cover of the Bollywood ballad. She captioned the video;

“Entertaining ourselves yet again at a late night shoot!”

The video has people swooning over the duo’s vocals. Despite being an amateur, Imran Abbas has managed to garner praise from Alka Yagnik herself in another recent video of him casually singing.

Imran Abbas was driving and singing along to her love song ‘Tu Mere Saamne’.

On the other hand, a lighthearted moment between the Amanat costars led to rumors of them getting hitched.

The Meri Zaat Zarra-e-Benishan star is rumored to be in a relationship with almost all his single co-stars. Just recently he was rumored to have wed Ushna Shah after photo-shopped images of the actors went viral online.

“After Aleezay Shah, Saboor, Ushna now its Urwa… My Fourth marriage since January 2021, … Its really shameful to associate any female’s name with her co-actor/friend or vice versa.”

He requested that Netizens unsubscribe from YouTube channels that spread such rumors and not give them the hype they’re looking for.