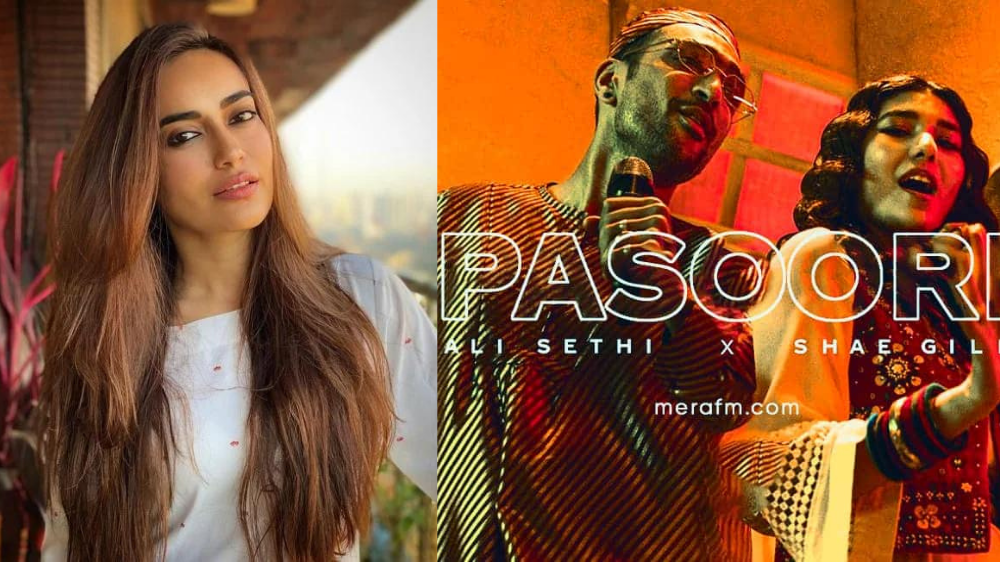 The blockbuster hit Coke Studio song Pasoori is on repeat in everyone’s track list. The song has been topping the charts for quite a while now and has also topped Indian Spotify charts. The Pasoori fever is not only spreading in Pakistan but the craze has crossed the border as well. Indian artists are literally obsessed with the song. Recently, Indian actress Surbhi Jyoti took it to her gram and shared a video vibing and dancing to the song and she captioned it that

“In love with this song❤️” Pasoori‘ is hands down one of the most popular songs to come out of season 14 of Coke studio. Crooned by Ali Sethi and Shae Gill, the smashing musical treat has been winning millions of hearts.

Ever since Pasoori came out a few months ago, fans have not stopped playing it. The Coke Studio hit has been extremely popular, it has prodded covers, tons of TikToks and fan art. The track has been added to the global charts and landed itself high on Spotify’s rundown. Coke Studio Pakistan is next level 🔥

Taking to his social media account the singer praised the song’s quality of content and crooned it  too.

Pasoori talks about societal barriers and restrictions. It then pushes people to explore self-acceptance and then unapologetic self-expression.

As usual, another Ali Sethi song that is far deeper than what meets the eye. Despite the upbeat music, the lyrics really hit you. Meanwhile, Shae Gill’s smooth and strong vocals add more kick to the tune. The song is so relatable for every desi man and woman.

Seems like the massively hit song has gained a massive cross-border fan following. What is your take on it? Let us know in the comments below!