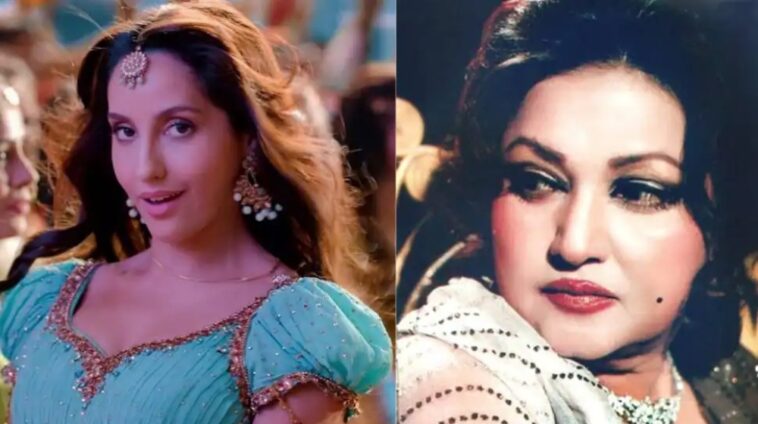 Bollywood ripped off yet another Pakistani oldie and Netizens are furious. Nora Fatehi’s ‘Zaalima Coca Cola’ is a remake of Noor Jehan’s hit from in 1986 Punjabi film ‘Chan Te Soorma’.

The track has over 10 million views within one day of its release, as people are watching the music video to see what Netizens are irked about.

Indians.
Rile their viewers up with anti-Pak rhetoric. And then have audacity to steal Paki stuff. #cringe https://t.co/iTyhcrZoQy

Netizens are not happy with the Indian remake of the iconic Noor Jehan song. To add to their anger, the track by the legendary Pakistani songstress is featured in a jingoistic film, Bhuj: The Pride of India.

The movie glorifies the event of the 1971 war between India and Pakistan.

Zaalima Coca Cola has another remake, by Pakistani artists Meesha Shafi and Umair Jaswal for Coke Studio back in 2016. The Indian rendition is sung by Shreya Ghoshal with Nora Fatehi in the music video.

To say fans of the original iconic track are displeased with the remake is an understatement.

They literally butchered one of my favourite Pakistani song. https://t.co/lpj2fEamSZ

Despite the very obvious remake, no credits were given to the original creators. Naturally, Pakistanis are irked by the disrespect towards the Queen of Melody. The reactions range from anger to memes.

It would be better if you ask for "Fantastic Tea" ☕

Additionally, Nora Fatehi wore a locket with the numbers ‘786’ during the song considered holy symbolism for South Asian Muslims. This only adds to the idea that using a Noor Jehan song for an anti-Pakistan movie was deliberate.

"Zaalima Cocacola Pila De" a song conveniently taken from Pakistani music industry from the 80s in a full on Pakistan bashing movie without any depth in character Bhuj: The Pride of India

This song is in #BhujThePrideOfIndia , an anti-Pakistan film and yet, they’ve stolen #ZaalimaCocaCola , which is a PAKISTANI SONG. The hypocrisy level is high. I don’t play these India vs. Pakistan games but there’s something very much unethical here. 🙄🤦🏽‍♀️ https://t.co/reJNbG6lVH

How do you feel about Bollywood ripping off yet another Pakistani song? Let us know in the comments below. 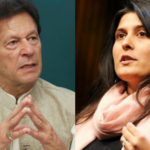 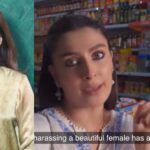