Bollywood has a long history of plagiarism with most of their films being a copy of Hollywood movies. Way before Internet was easily accessible to everyone, films or music makers would blatantly copy others work without any fear of being called out. They have actually copied Junaid Jamshed songs because no one was looking (we were).

Thanks to the internet, nowadays, any sort of plagiarized work is called out within minutes. This is exactly what happened to Bollywood diva Aliya Bhatt.

The Student of the Year actress recently made her music video debut with Prada, except most of us have heard it somewhere before. It didn’t take too long for people to call out that t’s tune resembles Goray Rung Ka Zamana by Vital Signs.

These Are The 10 Best Junaid Jamshed Songs

Lets listen to the two songs shall we?

Let us look at the rip-off first. And for good reason if not to laugh at how unoriginal Bollywood with all its glizty production values is.

Aliya Bhatt song Prada also features the musical group The Doorbeen who became famous for their song Lamberghini. But there’s no disguising the fact that amidst all that glamour, India can’t come up with original song compositions that endure the test of time.

Well you heard that right.

And here’s the legendary song as sung by Junaid Jamshed when he was part of the Vital Signs.

This is not the first time that people across the border tried to steal a Pakistani music masterpiece. 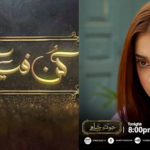 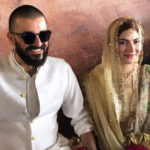