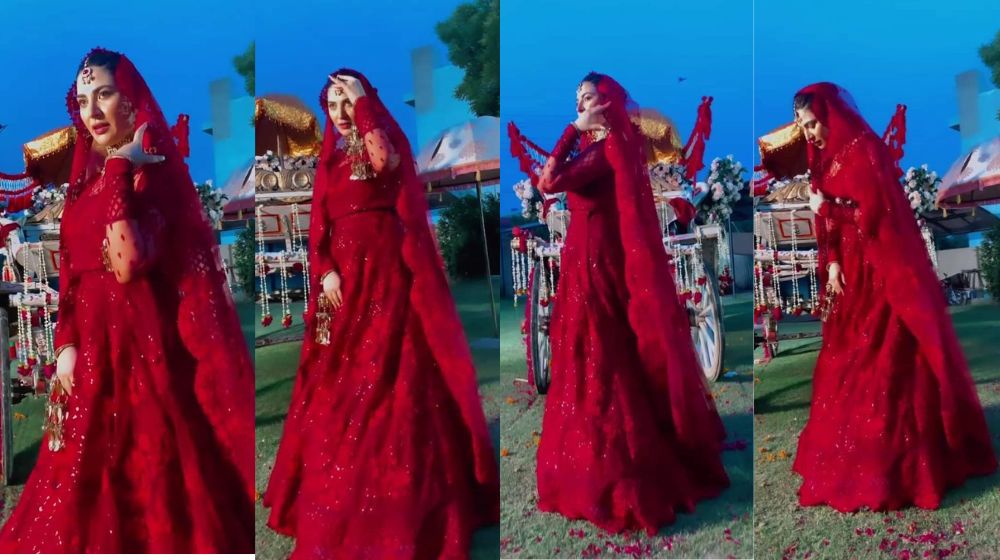 Naimal Khawar is back with a bang, she has set foot in the industry again. The diva is keeping it low-key for now and has started with posing for some brands. Recently, Khawar was spotted all dolled up as a bride model for a brand shoot. As much as pretty she is her bridal look did not quite do justice to her beauty. Netizens did not approve of her look and trolled her brutally.

Naimal opted for a bright red ensemble that had quite the monotonous patterns and it all fused together due to the lack of any contrast, patterns or colors. She wore heavy jewelry including ganas’ on both wrists posing against a carriage. For makeup, it was too over the top and made her look gothic.

Netizens grilled the Ana actress for her overblown look and did not restrain from calling her a Dracula or a heroine from a Pushto film etc. 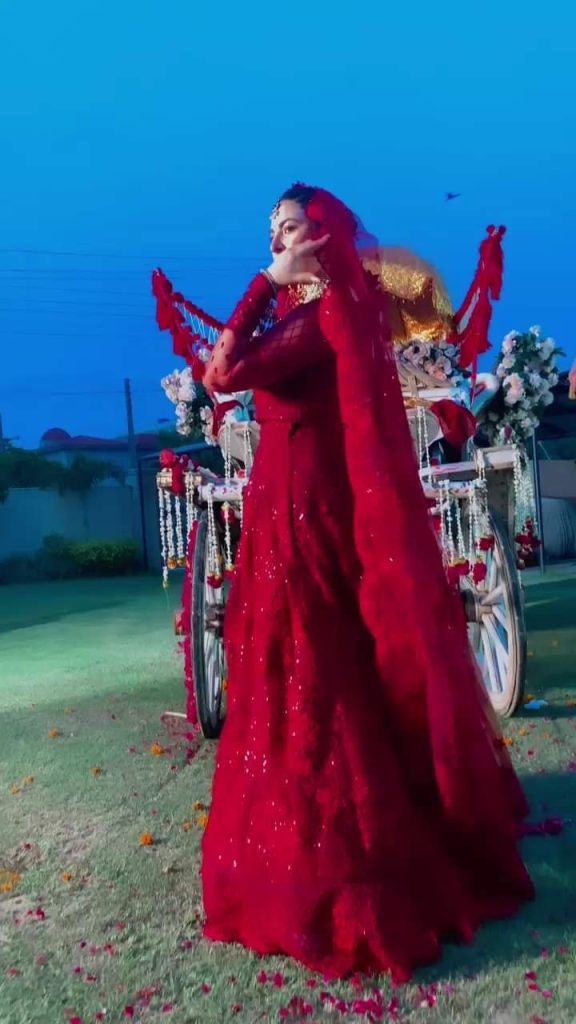 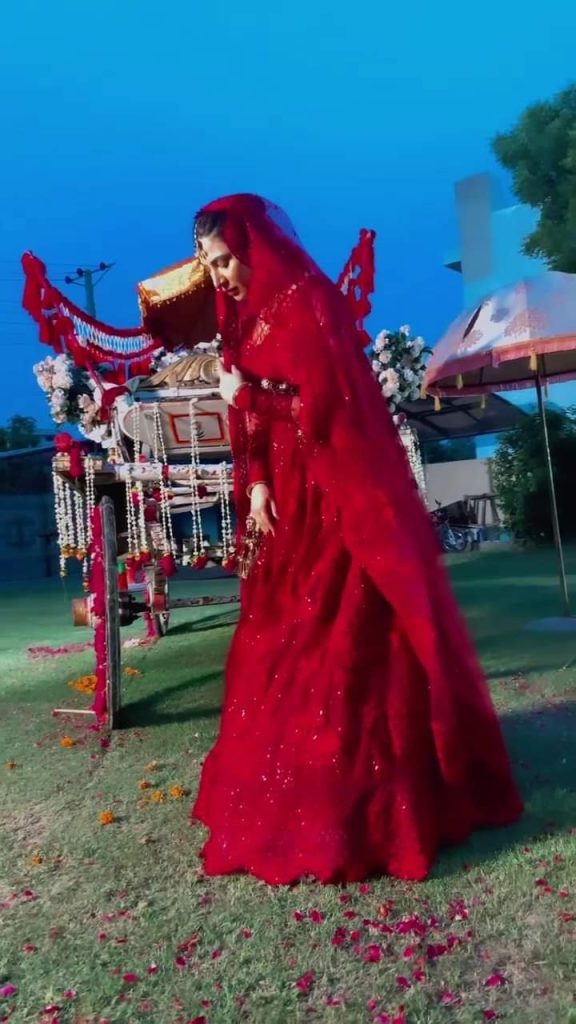 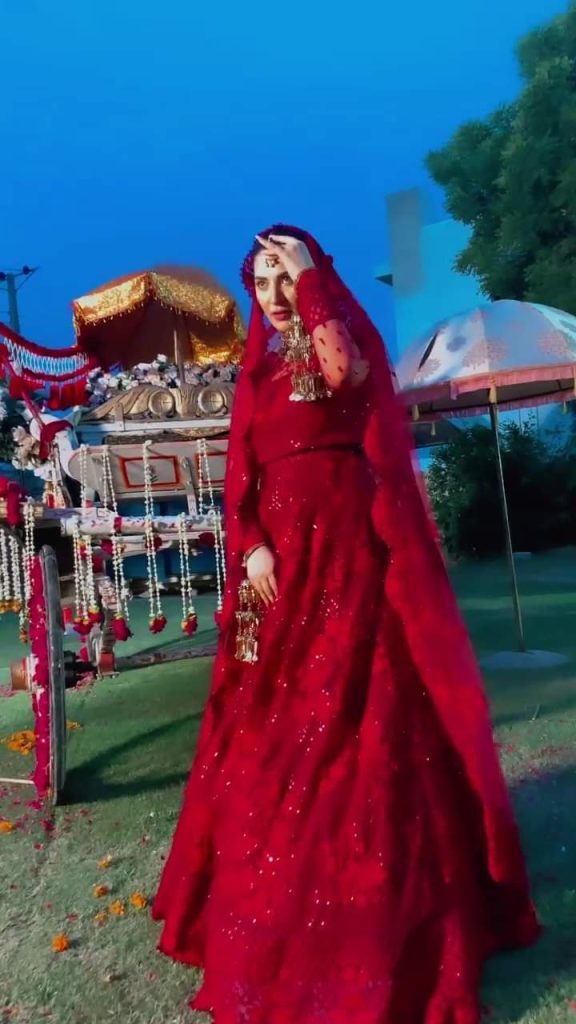 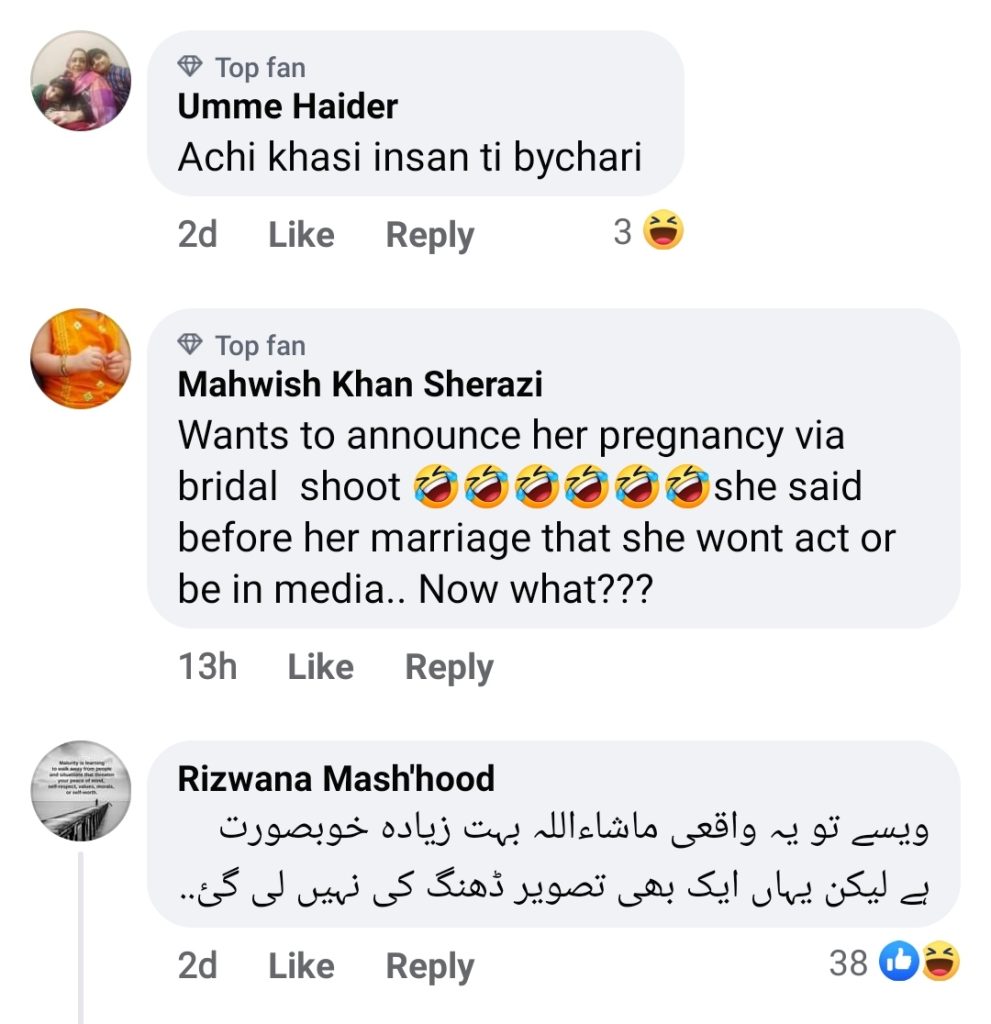 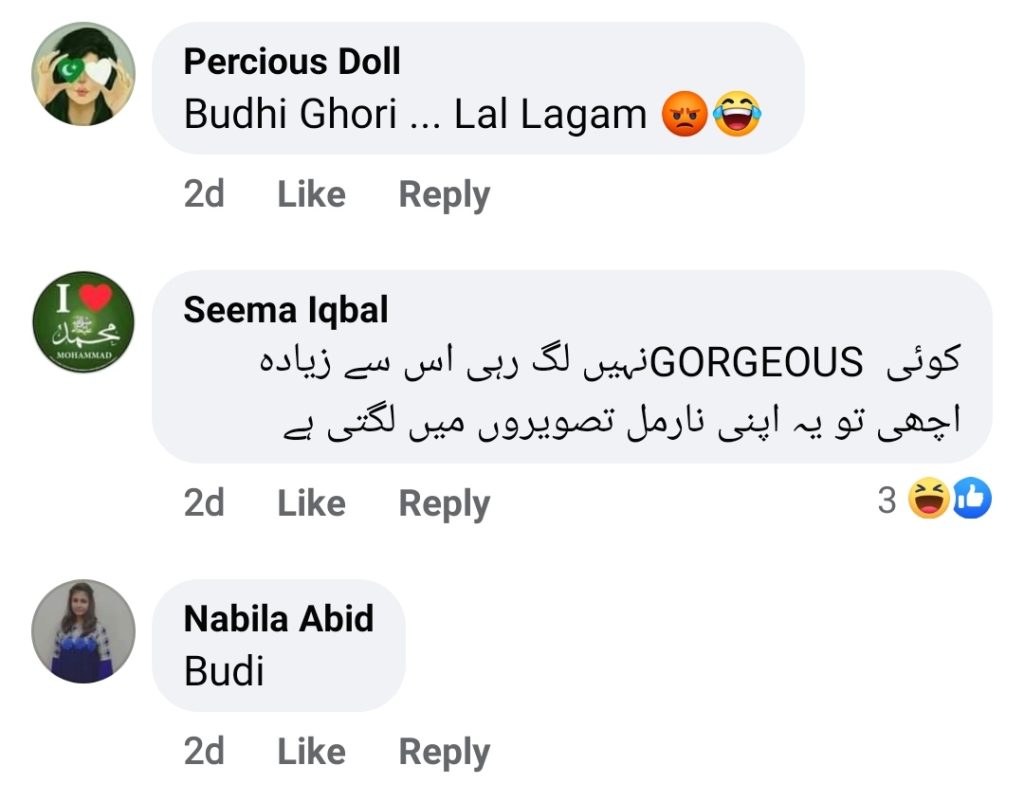 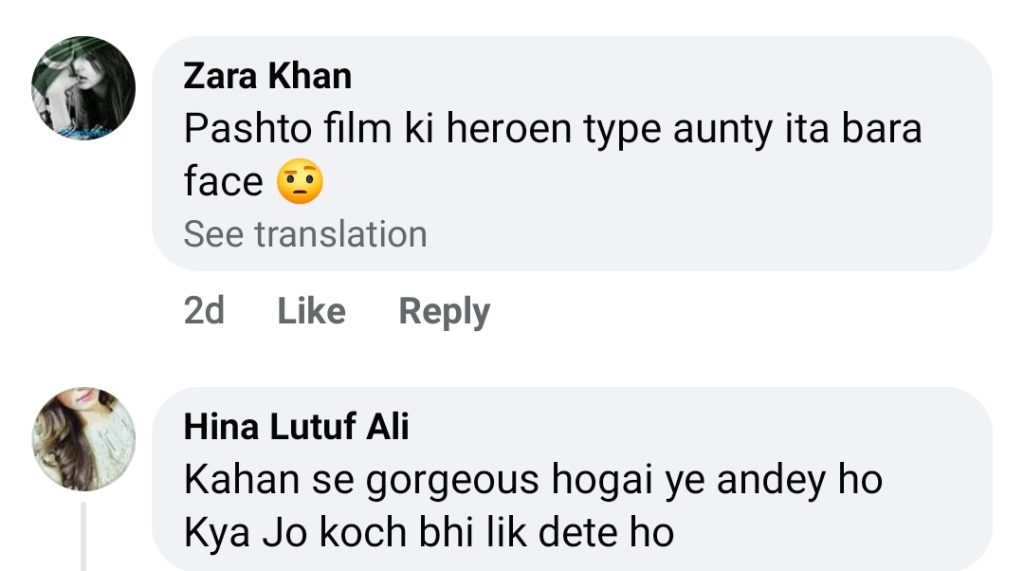 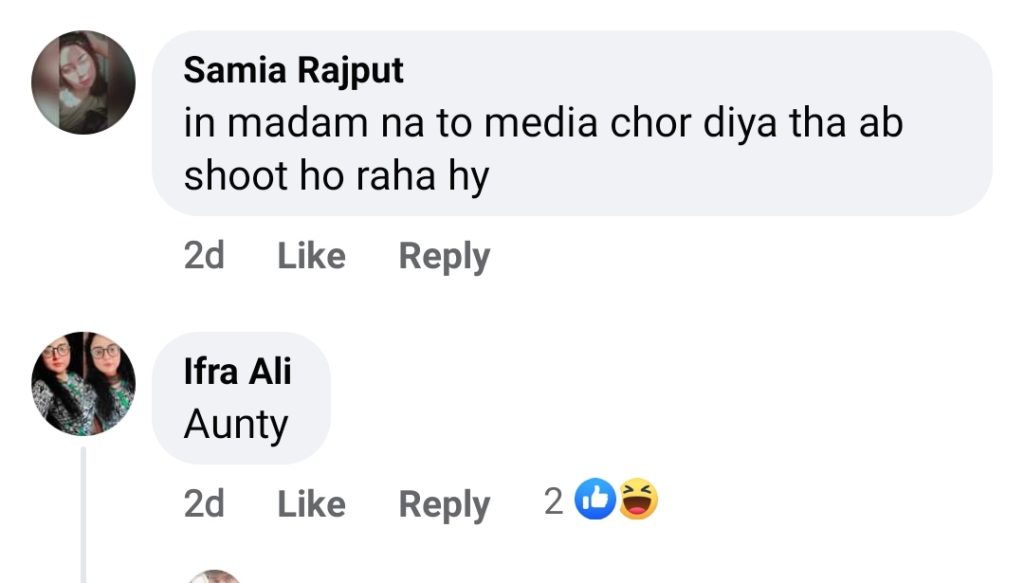 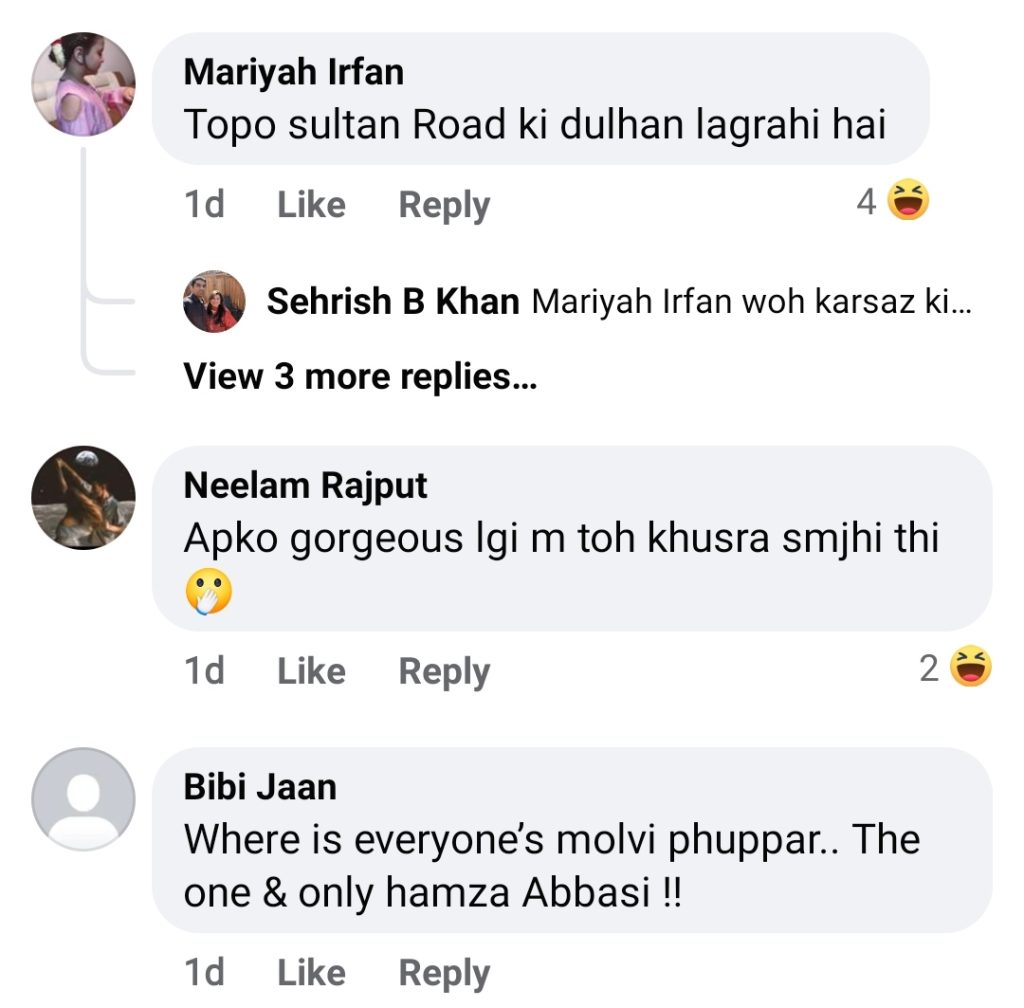 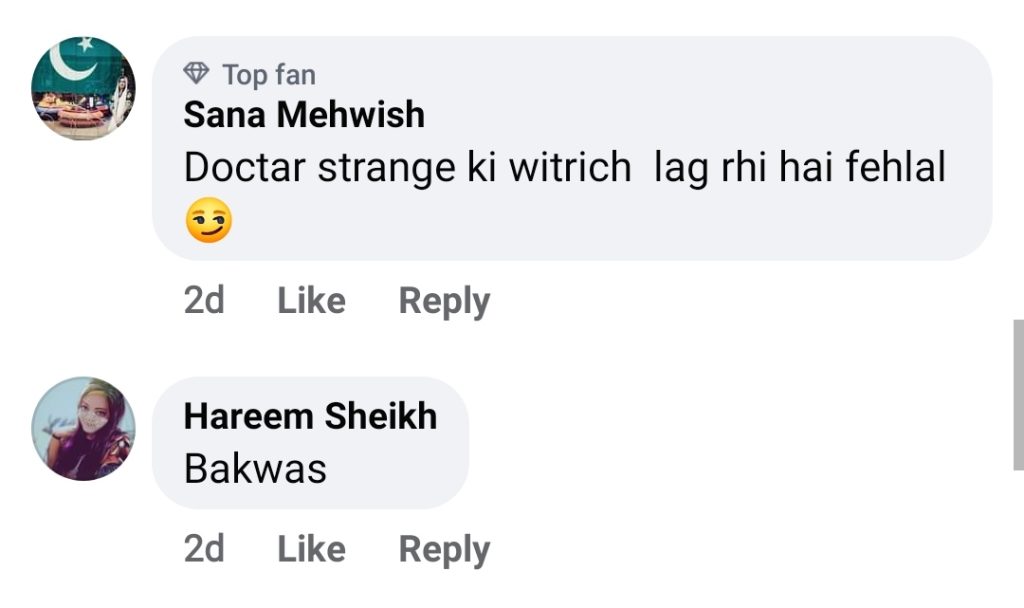 Naimal Khawar Abbasi is a Pakistani actress visual artist, painter, and social activist. She came into the spotlight for playing the role of ‘Mahgul’in the Pakistani film ‘Verna’. She is the wife of former Pakistani actor Hamza Ali Abbasi. In 2019, Naimal topped Google’s list of the most searched people in Pakistan.

She tied the knot with Hamza Ali Abbasi on 25th August, 2019. Later, on August 3rd, 2020 they welcomed their first child Mustafa Abbasi.