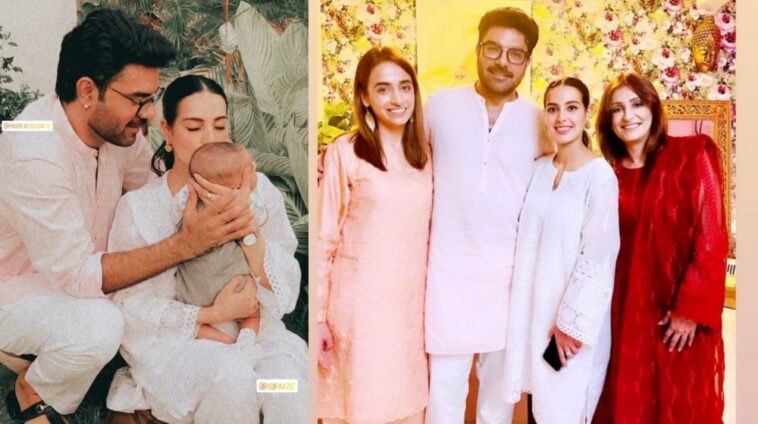 Iqra Aziz and Yasir Hussain are celebrating their first baby milestone with son Kabir. The parents organized an ‘Aqiqah‘ for their son. 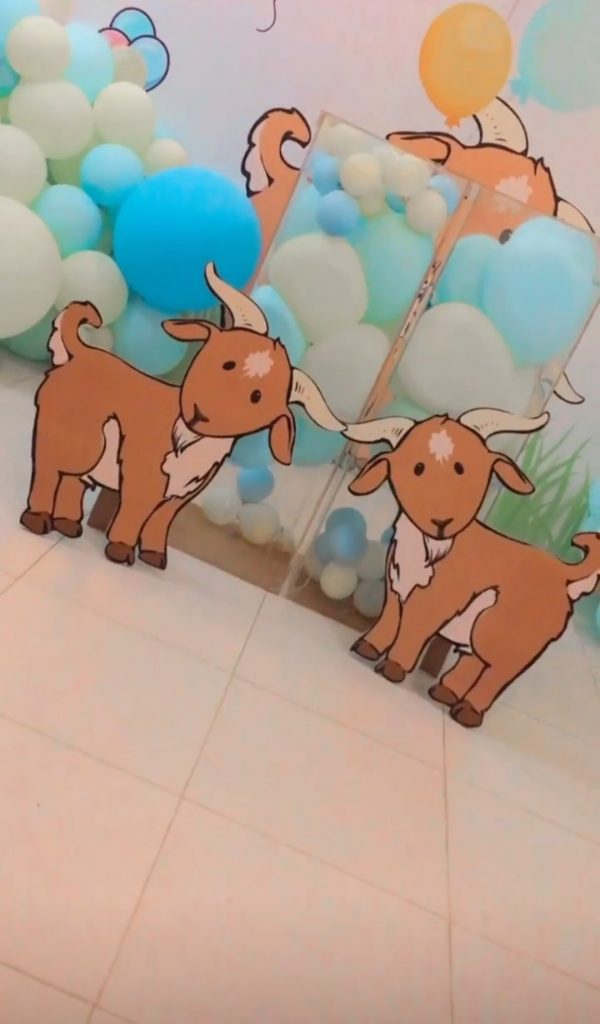 An Aqiqah is a Muslim tradition celebrating the birth of a baby. It involves sacrificing a lamb, goat, etc, and giving away the meat to family, friends, and the needy.

Iqra Aziz and Yasir Hussain were blessed with their first baby in July this year. Now the couple is celebrating their baby boy’s first milestone. As is with most celebrity babies, pictures of this milestone were all over social media. 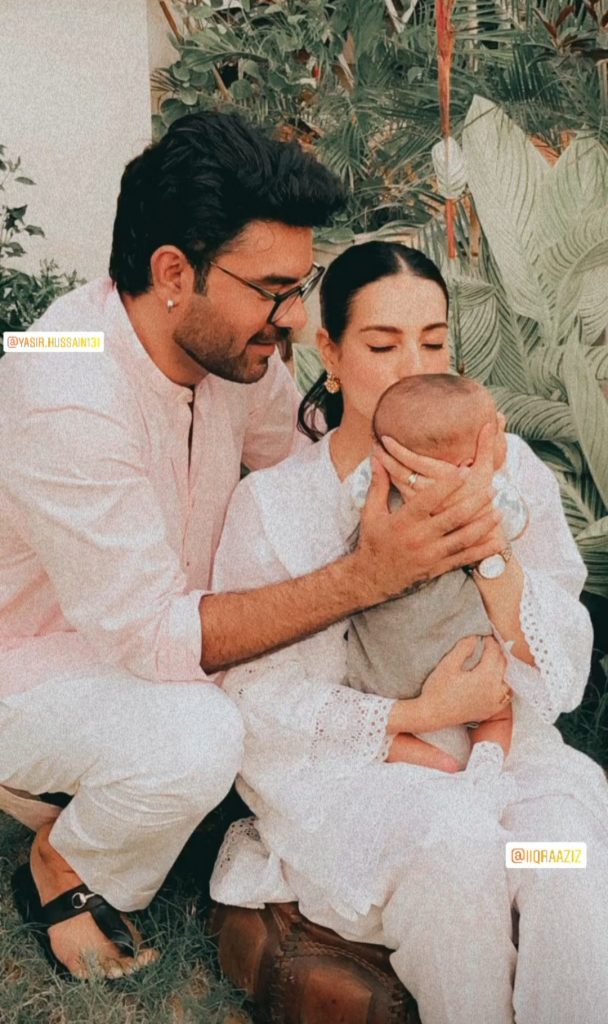 Till now the new parents, Iqra and Yasir, share pictures with Kabir Hussain on Instagram without revealing his face. The same goes for pictures from his Aqiqah.

Despite all the celebs in attendance, not a single picture of Kabir’s face surfaced from the event. 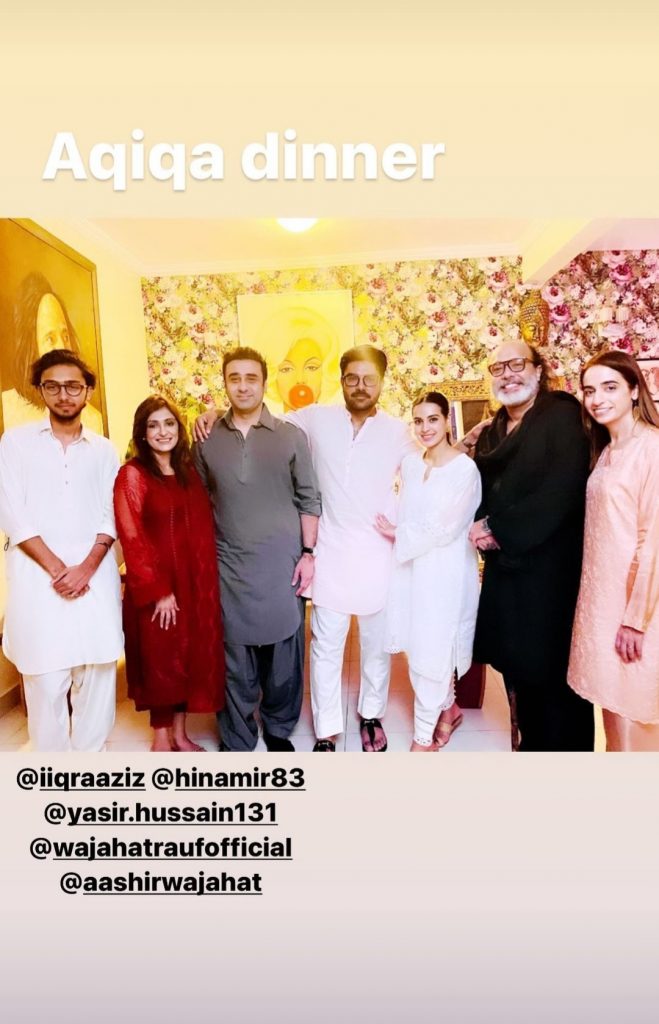 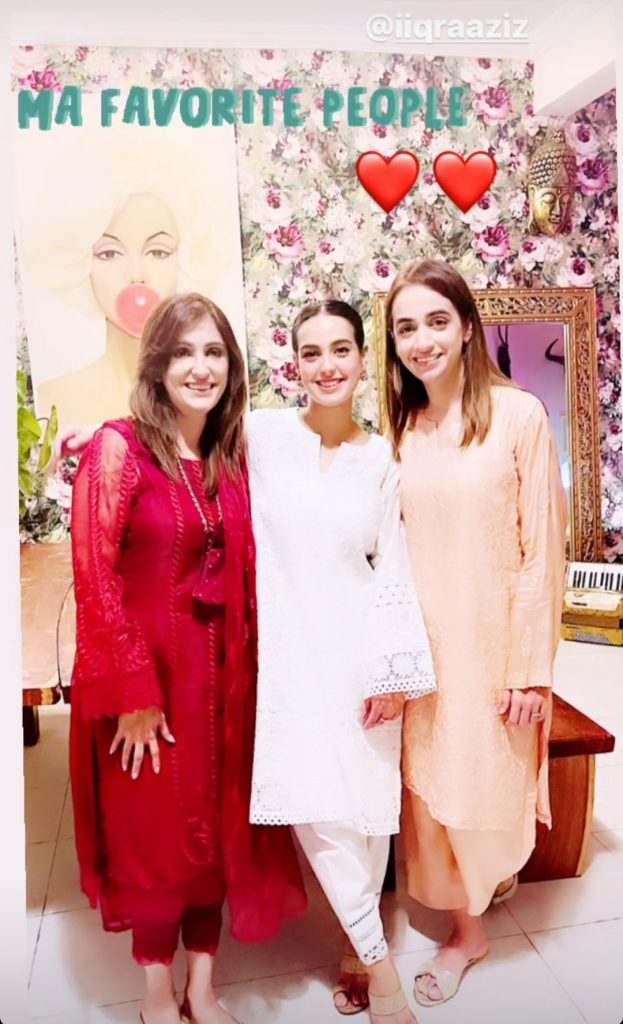 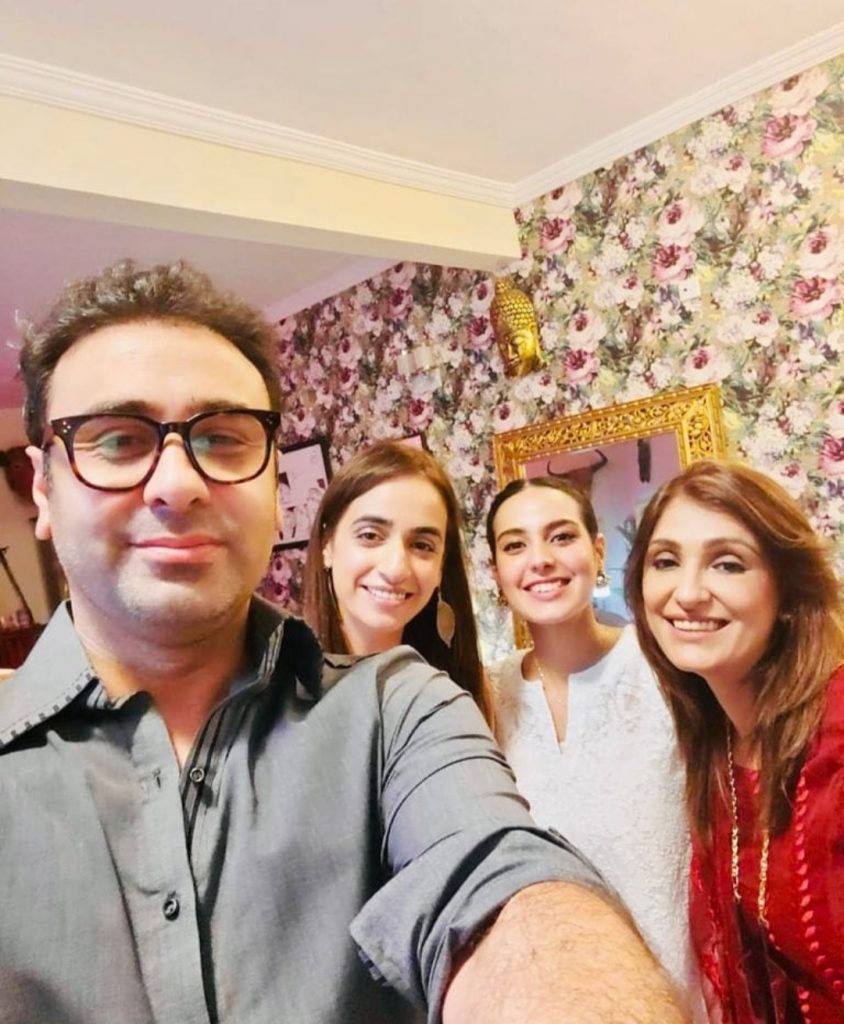 After the Aqiqah ceremony, Iqra Aziz and Yasir Hussain organized a dinner for their friends at home. 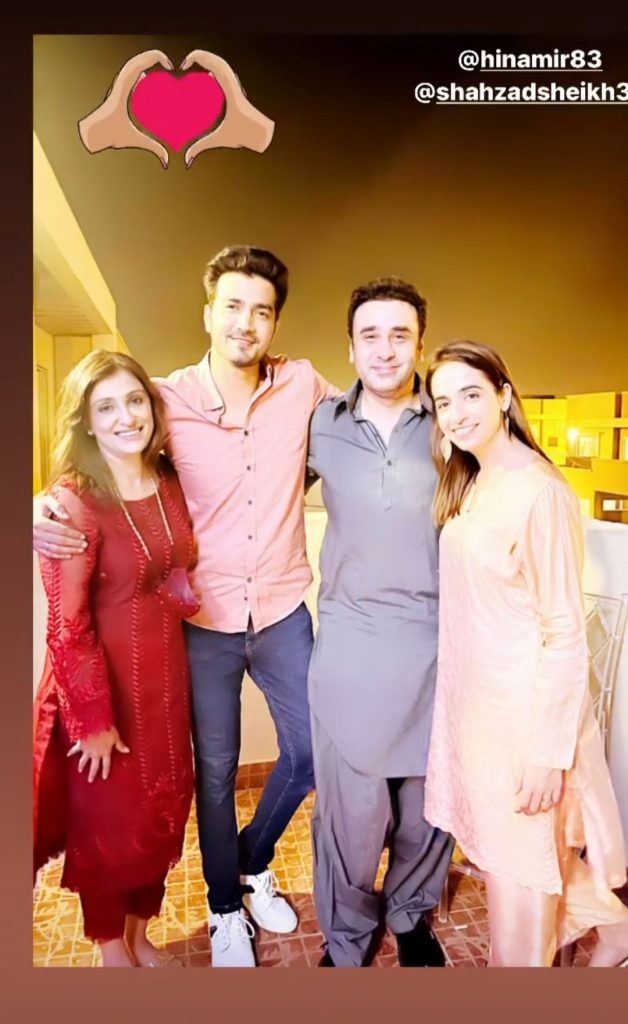 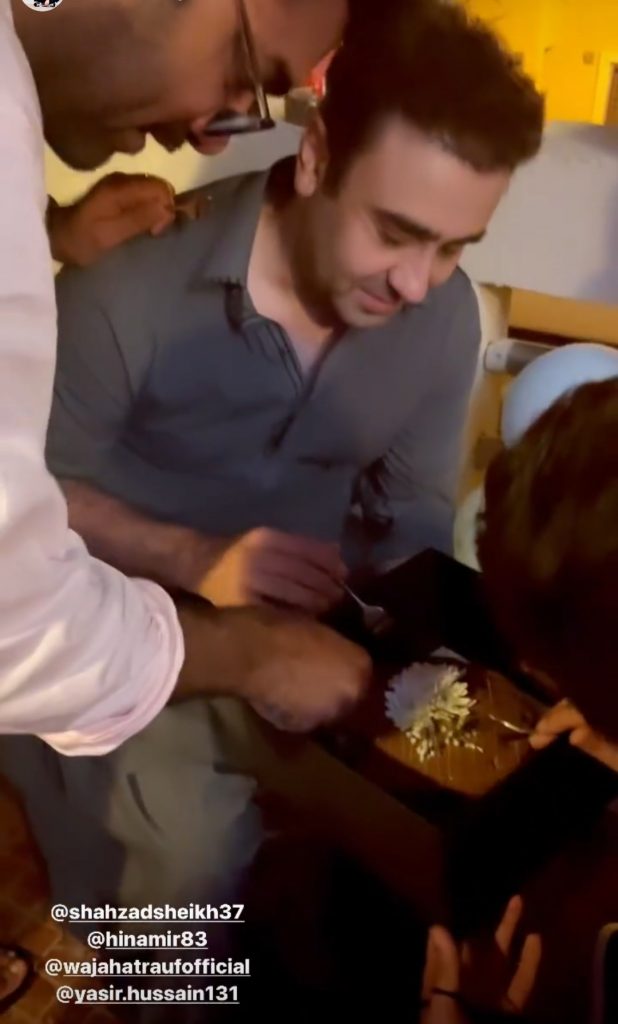 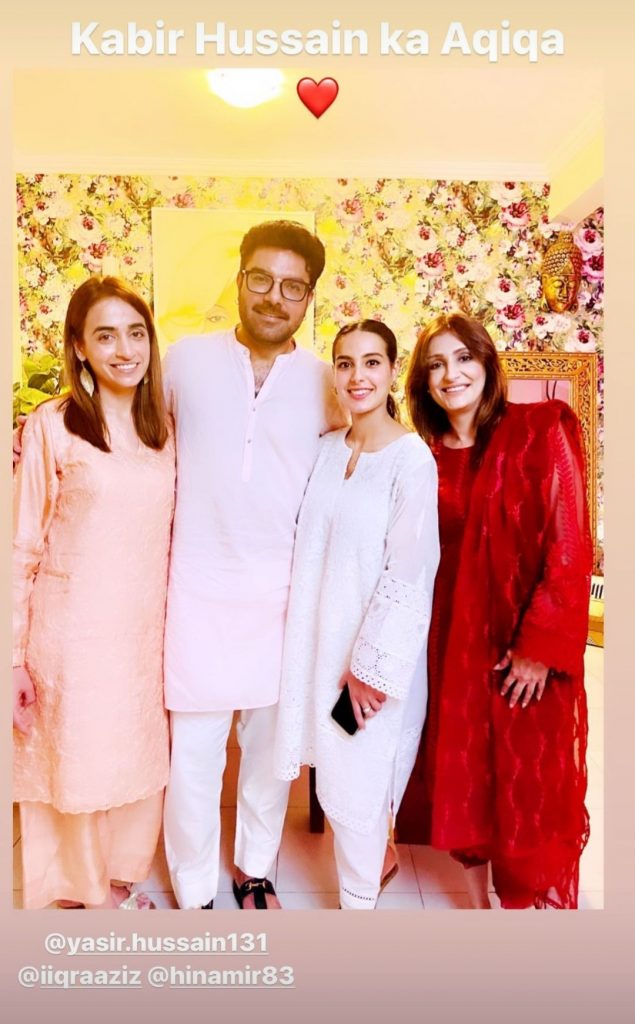 Since the birth of Kabir Hussain, plenty of friends of the new parents have visited the newborn. An Aqiqah is usually followed by the same except with more people. However, the real purpose of the ritual is to celebrate the blessing, that is the child.

These new parents are definitely relishing that blessing. 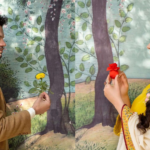 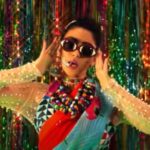