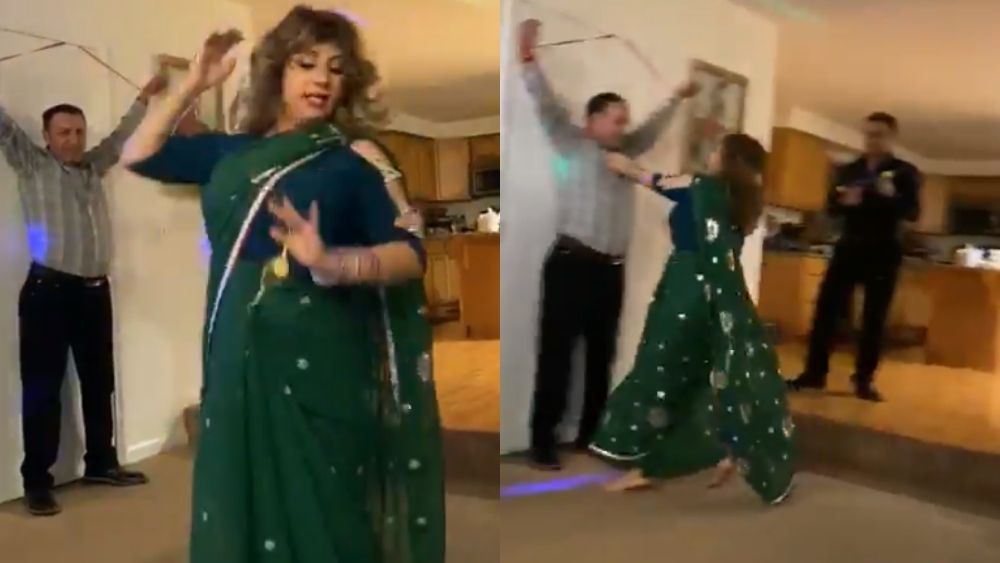 An Iranian woman has broken the internet with her well-choreographed dance on Jab Tak Hai Jaan. The song from the Bollywood film Sholay has been a fan-favorite since 1975 when the movie was released. However, we did not expect it to make it all the way to Iran.

The movie featured renowned names like Dharmendra, Sanjeev Kumar, Hema Malini, and Amitabh Bachchan. The legendary scene when Gabbar asks Basanti to dance in order to save Veeru‘s life has been widely loved by the audience. And Basanti‘s [Hema Malini] dance was epic, to say the least.

The movie as well as its songs have been on the top of the list for those who love the old Bollywood movies. But did you know Sholay made it all the way to Iran? Let’s take a look at the video of an Iranian woman dancing to Jab Tak Hai Jaan:

Desi Twitter is both in shock and in awe of these videos. Let’s take a look at what some of the people on Twitter have said:

I hope this tweet somehow finds its way to the Indian Twitter. This is the Iranian generation that grew up with Indian movies and on top of all the absolute Bollywood gem that was Sholay (1975), which is the film that these party goers are humorously reenacting. Made my day 👏👏 https://t.co/9mKkR5WcYj

Wish they had also enacted the legendary dialogue from the movie right before this song.

The person who is trying to act like Gabbar looks like "Mr. Bean trapped in Gabbar Singh's body"…😁😂

Great👏🏼👏🏼👏🏼 ! Today is holi festival of color love n joy , u made my day Kudos .enjoyed thoroughly ur performance 👏🏼👏🏼🎊🎉

Kudos to this Iranian woman for getting all the details and the steps right. What do you think of her dance to Jab Tak Hai Jaan? Share your views in the comments section.

Syra and Shahroz Get Back Together for a Shoot