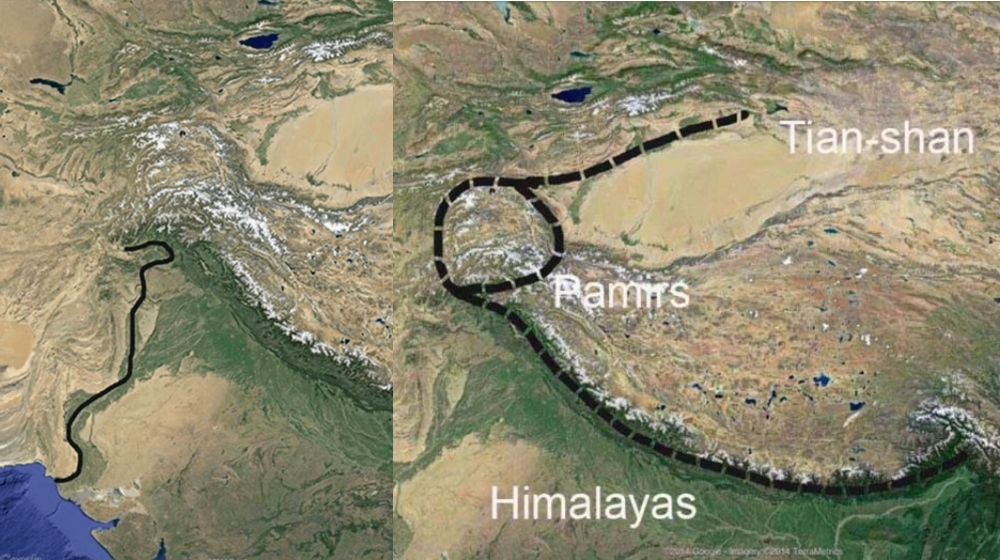 Great news for Lord of the Rings fans in Pakistan. It seems that instead of New Zealand, JRR Tolkien’s Middle-earth might have been in Pakistan all along!

The Indo-Pak subcontinent is the source of many cultural gems, but who would’ve thought a region in Pakistan shared similarities with a famous fantasy realm too.

Recently, an Iranian Tolkienologist discovered mind-boggling similarities between Pakistan’s topography and LOTR’s map of Middle-earth. Read on to find out why that is!

We always thought Middle-earth would be somewhere in New Zealand since that’s where Peter Jackson shot his movies. Apparently, its a lot closer to home.

What place on earth resembles Tolkien’s map of Middle-earth?

According to J.R.R. Tolkien himself:

“The Shire is based on rural England, and not on any other country in the world, … the action of the story takes place in the North-West of ‘Middle-earth‘, equivalent in latitude to the coastlands of Europe and the north shores of the Mediterranean.”

Now an Iranian Tolkienologist, Mohammad Reza Kamali has discovered that the mountains, rivers, and islands of Middle-earth look like the topography of present-day Pakistan.

“I found that maybe there are real lands [that] could have inspired Professor Tolkien, and some of them are not in Europe.”

This Place in Germany Looks Just Like Mordor! [Pictures]

In his article on Arda.ir, the website of the Persian Tolkien Society, Reza Kamali revealed how one look at Pakistan’s map of the Himalayan mountain ranges, and Paimer hit him with a wave of deja-vu because he’s seen that map before.

“I had seen that map before, … This is of course Mordor, the land of Sauron and the dark powers of Middle-earth,”

This man’s years of research is on point, as he breaks down the mountains in Pakistan’s north, to the topography of the Indus River.

“The Himalayas transform into Ephel Duath, the Mountains of Shadow; and the Tian Shan into Ered Lithui, the Ash Mountains. And the circle-shaped Pamirs “are the same shape and in exactly the same corner as the Udûn of Mordor, where Frodo and Sam originally tried getting into Mordor, via the Black Gate.”

Whoa! Mordor is in Pakistan? Consider us intrigued.