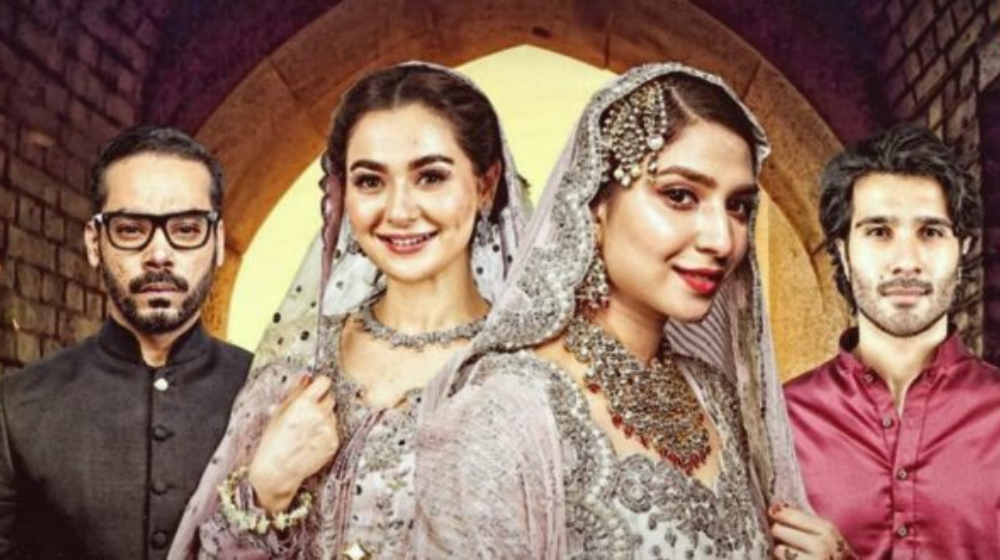 Hania Amir and Feroze Khan may have wrapped up things in Ishqiya, but fans are balling their eyes out over the ending. Yet not everyone is lauding its rather unorthodox ending.

Ishiqiya is a love story that follows four people. Two sisters Hamna and Romaisa, Hamza and Azeem. Hamna and Hamza fall in love, but alas, society takes Hamna to an arranged marriage with Azeem.

A livid Hamza then decides he’ll marry Romaisa as a revenge plot against Romaisa. It’s odd how women are expected to set their own choices aside to ‘adjust’ to an arranged marriage. Then they’re also blamed for setting aside their own choices.

That explains why some fans saw nothing wrong with Hamza’s blackmailing, obsessive behavior, and toxicity. Meanwhile, a clueless Romaisa genuinely falls in love with her husband Hamza. In the end, when she does find out how her husband has been harassing and tormenting her sister, she leaves him.

Fans aren’t too pleased with that ending.

There were demands that Hamna should have been punished. Despite her going through years of torment at the hands of her ex, and brother-in-law? That wasn’t a walk in the park now was it?

Others were infuriated that Romi or Romaisa suffered in the end. They missed the part about her leaving the man who tormented her sister.

Hamza changed himself for Rumi.
Rumi, the 'Ronaq' of this drama. The person who never did anything wrong to anyone.

These two beautiful character got this result in the end.

However, the younger audience, got what the ending was about and the moral lesson behind it.

#Ishqiya 💔
The lesson is that parents need to be flexible and understanding. So their kids don't hide things from them. pic.twitter.com/y24oO8fj7E

According to me
Ending is best … Darama tells us the wrost result of egotism #Ishqiya pic.twitter.com/NfqG5uyn61

What do you think of the ending? Let us know in the comments below.