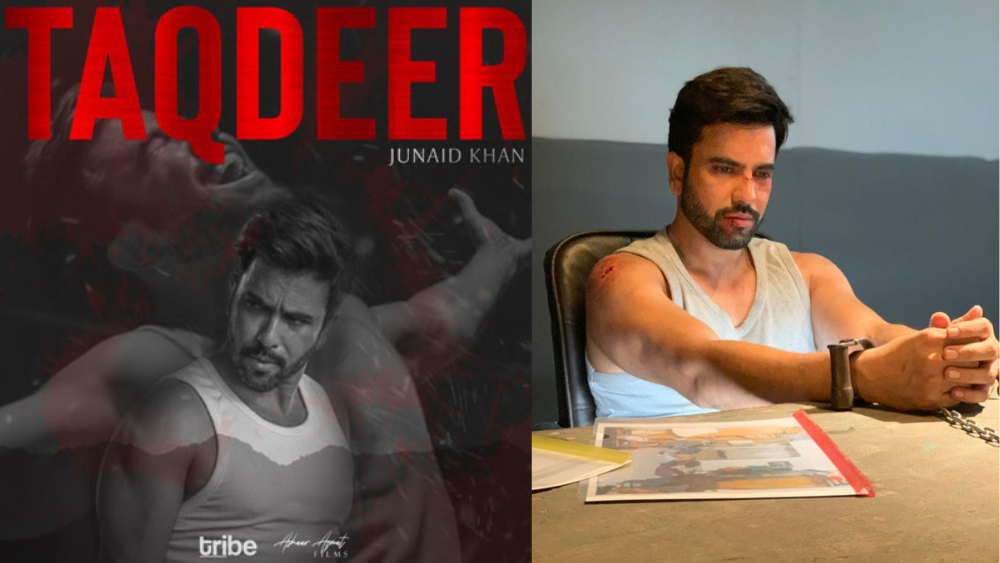 After a hiatus of seven years, Junaid Khan has made a comeback with new music. The singer-turned-actor just released his single Taqdeer, which calls out the evil in our society.

Taqdeer is his first single after the release of Koi Rokey Mujhe in 2013. It has been written and composed by Junaid Khan himself, with the music produced by Sarmad Ghafoor.

The music video has been directed by As-haar Azmat, who has also made an appearance in the video along with Shareen Iftikhar, Talat Butt and Khan.

Junaid Khan shows the ugly truth of our society in ‘Taqdeer’

Taking to his Instagram, the lead vocalist of the band Call dedicated this song to ‘all the victims that have gone through and keep going through all forms of abuse’.

“What I’m about to present to the world isnt just a song but an ocean of immense emotions. A very grave issue that I lose sleep over,” he wrote.

The ace musician wants to deliver a strong message to the world.

“So here I am pouring my heart out as i highlight all forms of violence and  especially domestic violence which is taking place in almost every household, every class in one way or another… The message I want to send across to the world through my song is that with bad comes good and with suffering comes ease and that karma will come around.”