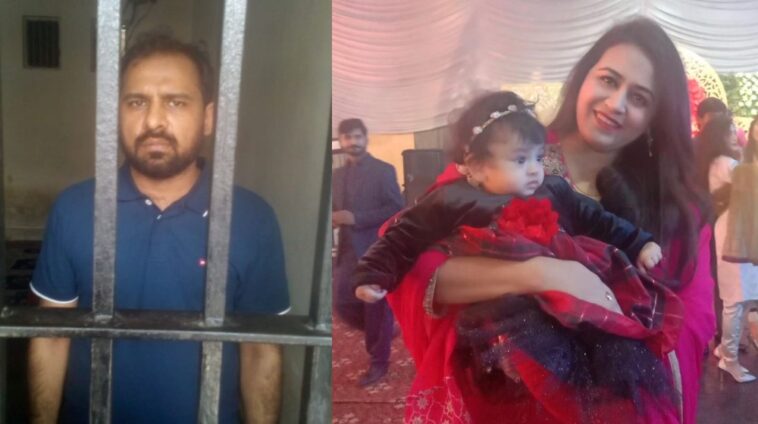 Following the death of the wife of Pakistani journalist Ali Salman Alvi, serious allegations emerged against the journalist. There were accusations of domestic abuse and how that led to the death of Sadaf Zahra Naqvi.

As #JusticeForZahra took over Pakistani Twitter, police tweeted out how they were on the case. At the time, law enforcement authorities had already arrested Ali Salman Alvi on June 29th when he was named a suspect in the FIR registered regarding the death of his wife.

Rawalpindi Police is on it, a case was registered on 29-6-2020 against nominated accused; Ali Salman Alvi and he was arrested the same day. Investigation is underway in supervision of SP Potohar. Frequent follow-ups are taken by CPO Rawalpindi. Merit and Justice will be ensured. pic.twitter.com/P4jkXZPSAc

Charlize Theron Reveals The Reason Why Her Abusive Father Was Killed

The case has taken a new turn, as journalist Mubashir Zaidi reveals that the police claim to have a suicide letter of Sadaf.

Police claims to be in possession of alleged suicide letter of Sadaf. The letter is heart wrenching. As per police she was beaten by @alisalmanalvi before her death #justiceforzahra pic.twitter.com/rBo5RIOFfe

Previously concerns emerged that the case would be sabotaged due to Ali Salman Alvi’s influence, or the death would be painted as a suicide.

It is hoped that good officers of @RwpPolice will not be influenced. They’ve arrested the accused. FIR mentions signs of torture on body. The racket of extortion & blackmailing of women also needs to be investigated to bring the GANG to justice.#JusticeForZahra pic.twitter.com/UZSpe2AlHd

She suspects he will try to paint it as suicide.#JusticeForZahra https://t.co/Fv1vNtx6md

I know so many men in media who are abusive but who can put hands on a media person?? They will blackmail anyone to get away with it.

Yet people are voicing that their fears have been proven true, and that the case is being tampered with.

That letter should be made public.
That is actually letter of a mother to daughter suffering abuse.
As per @SagiArif , that letter does not mention death, departure, goodbye, suicide or any think which hints suicide.
Also, they claim that letter was not there when family arrived https://t.co/hxyZHctjpN

Others hold Ali Salman Alvi accountable for pushing his wife to suicide.

Exactly! I had reported it that very day after speaking to Sadaf Zahra's Family! Ali Salman Alvi is 100% responsible for pushing the poor girl to the point, where committing suicide was the ONLY option she thought she was left with! Very sad, indeed! :/https://t.co/UvloYABXpo

People are concerned about allowing such people to steer the debate on women’s rights and women issues, while personally being a culprit.

Remember, even if @alisalmanalvi gets out of jail and not proven a murderer, he will still be a domestic abuser, wife beater, womanizer, blackmailer, troll, and much more.

Those who give sermons of morality on Social Media are mostly highest order perverts themselves.
Hope he’s hanged for his crimes.#JusticeForZahra pic.twitter.com/yLV6wTkTaL

The Case Against Ali Salman Alvi

All the evidence are provided by her sister @SMahvish and thing that she told me . @SadafZnaqvi was a wonderful girl, bright, smart and ambitious. She was responsible towards the society, politically activated, aware and woke. #JusticeForZahra #AliSalmanAlviMurderer

There were even accusations of the journalist blackmailing women for money.

But @alisalmanalvi is a sick #Mafia, who thrives on social media as champion feminist , but traps and blackmails women for money in actual . He operates 100s of account some of which sadaf found about#JusticeForZahra #AliSalmanAlviMurderer #auratmarch #DomesticViolence

A friend of the family detailed a harrowing account of how Zahra succumbed to societal pressure of making her marriage work despite being in an unsafe and abusive environment.

just after 7 months of marriage sadaf found out that @alisalmanalvi is blackmailing women for money using different twitter IDs. She found emails and receipts of money sent to ali salman . on confrontation salman apologized by saying it was an old chapter that he needed closure pic.twitter.com/WeMJM6hCI9

When sadaf confronted him with evidence he made up a story that she needed consolation as she was alone . sadaf was a new mother, post operation she was bed ridden as she also went through a miscarriage and was on bed rest. couldn't do much apart from just warning him pic.twitter.com/3UVv8yPV2L

Pakistani Journalist Killed By Husband For Not Quitting Her Job

No one should stay in an abusive marriage for their children as the lasting psychological effects of witnessing the abusive behavior of one parent towards another parent is the farthest from the type of household a child needs.

this time its dec 2019, when she discovers these chats. to these chats , @alisalmanalvi admits that he pleases women for pleasure. pic.twitter.com/AntmO12XdA

@alisalmanalvi acts as if he has done a mistake . Begs and begs and begs and brings her home . She decides to give it one last chance for her new born daughter, she didnt want her to have her first birthday without her daughter. pic.twitter.com/liPZvCRXft

It was even alleged that Ali Salman Alvi only married Sadaf Zahra Naqvi for her money, which is why he killed her when she finally decided to leave.

During 3 years of marriage, Sadaf caught @alisalmanalvi blackmailing women for money, flirting and pleasing women for money. She was planning to move out soon after her daughters first bday, but he didnt gave her that chance#JusticeForZahra #DomesticViolence #alisalmanmurderer

What are your thoughts on this case? 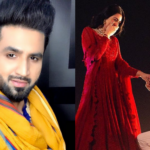 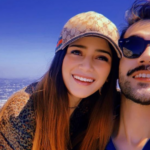