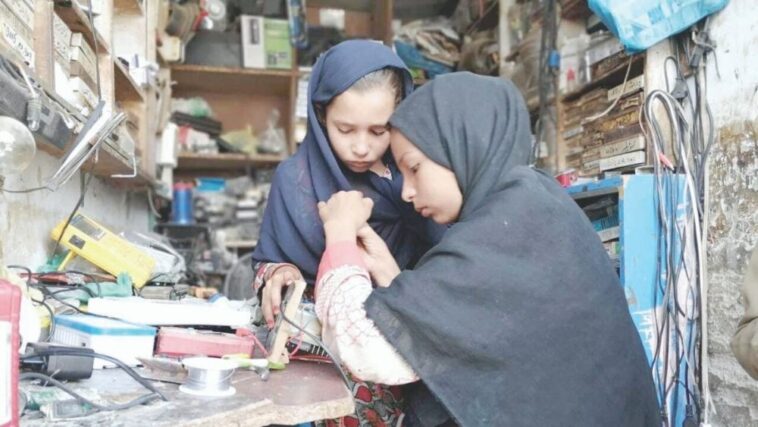 Every little girl, at some point in her life, has had her dreams crushed by the words ‘it’s not a man’s job’. While many parents hold their daughters back to protect them from the outside world, this Pakistani man has empowered his eight daughters.

Naseeb Jamal runs an appliances repair shop in Qasba Colony where he decided to impart his skills to his 2 elder daughters. But it wasn’t an easy journey, Jamal had to battle constantly with not just the outside world but also his own mother.

People would gossip, calling me a rebel. Even my mother said to me that what I was doing was not in line with our traditions and that it was not good for girls to sit at the shop

This is the way to strengthen women. They should not just be educated, but skilled as well. If they are skilled, they would bring more pride to their parents than any son.

Daughters are a blessing

Jamal, who has been working at his shop for about 20 years, decided to start this journey after constantly getting pitied by others for not having sons. He is not just changing his own family dynamic, but his story will encourage many others to put an end to stereotypical gender roles.

But why should there be any difference between a daughter and a son?

When his two elder daughters started repairing appliances at home, the rest of them picked up on the skills. On school days, the girls would go to the shop after their studies. They would stay there with their father till 9 pm.

So, was it all worthwhile for Jamal?

Whenever a customer expresses awe at their skill, my face glows with pride.

His relatives have a newfound respect for Jamal’s daughters, and some event want him to train their daughters. But since the shop is small and he has little resources, he can’t train the others.

Naseeb Jamal hopes that his daughters continue their education and that they pursue a career in engineering. We hope he gets financial aid from the government so that he can help other young girls in becoming independent.

What do you think of this story? Let us know in the comments section. 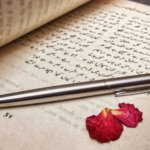 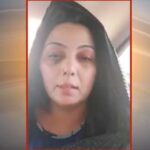