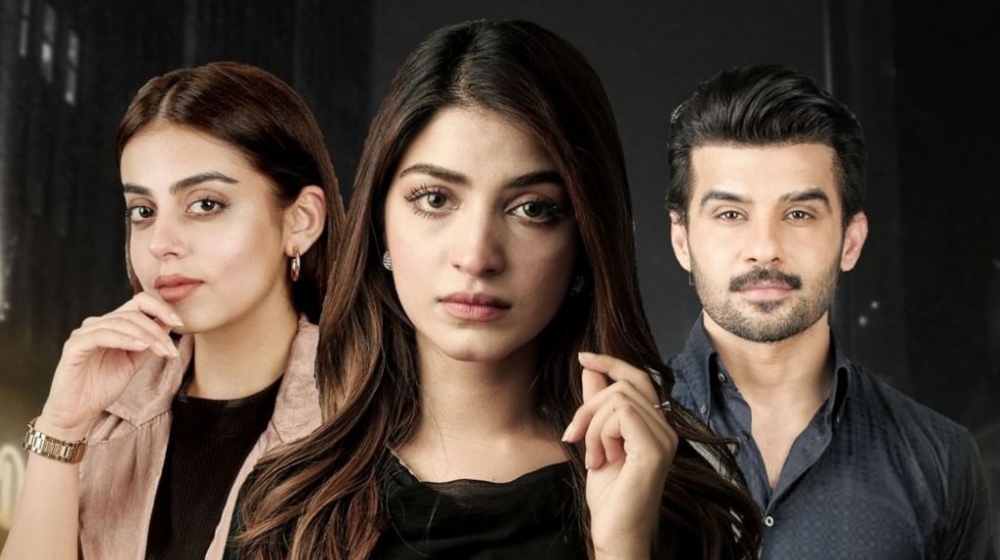 As drama serial Aazmaish comes to an end with a double episode and fans are left critiquing Shiza’s demise.

Written by Sameena Ijaz and directed by Fajr Raza, the drama serial Aazmaish highlights marital issues from society forcing women to get married for a ‘man’s shelter.’ The drama serial follows a widow that winds up in such a marriage.

A lot was packed into the double episode that served as the last episode, starting with the fallout from Shiza’s emotional outbreak, and suicidal death. However, Nimra and Basit got a happy ending.

Fav scene in whole drama..
Though i wanted more of Basit and Nimra 💔
They lived happily ever after …
Happy Ending 🥺#Azmaish pic.twitter.com/n7yedacSho

Azmaish 2nd last episode.
The director is Fajr Raza. Never heard this name before, but the job done was excellent. Nimra’s father and cousin were very good. A hide and seek between the two was interesting but it ended in tragedy. The piano notes for background music were soothing

Many fans had a lot to say and unpack with Shiza’s death. While fans thoroughly enjoyed Yashma Gill in the role, the suicidal death rubbed them the wrong way.

This kind of spoiled the ending for them.

Though the cast members and their acting totally saved the day.

#Azmaish comes to an end, WHAT A PLAY!
Kinza Hashmi was outstanding as always, Yashma Gill was brilliant as well but Fahad Sheikh steals the show – he just nailed it as Basit.
A dream debut for Fajr Raza as director. Samina Ejaz never disappoints, another exceptional story. pic.twitter.com/va6VpwUDFN

There’s a love-hate relationship with the ending.

finished azmaish im crying they ended the scene with ludo.😭

People are left psychologically affected by the ending. When people need psychological help, they should be provided with timely treatment. That’s something Shiza didn’t get, and felt her death was not justified.

Damn azmaish's ending, how are they all not traumatized? Id be having ptsd.

Even though Shiza was an antagonist, she deserved better. Audiences deserved closure.

Most people were of the view that the antagonist doesn’t always deserve a brutal death. Rather allowing them to grow, learn, get psychological help would have been better. That’s something we saw in the drama serial Sanam.

The drama serial is another Big Bang Production. Other creations from this production house include Meri Guriya, Jalan, and Dunk.