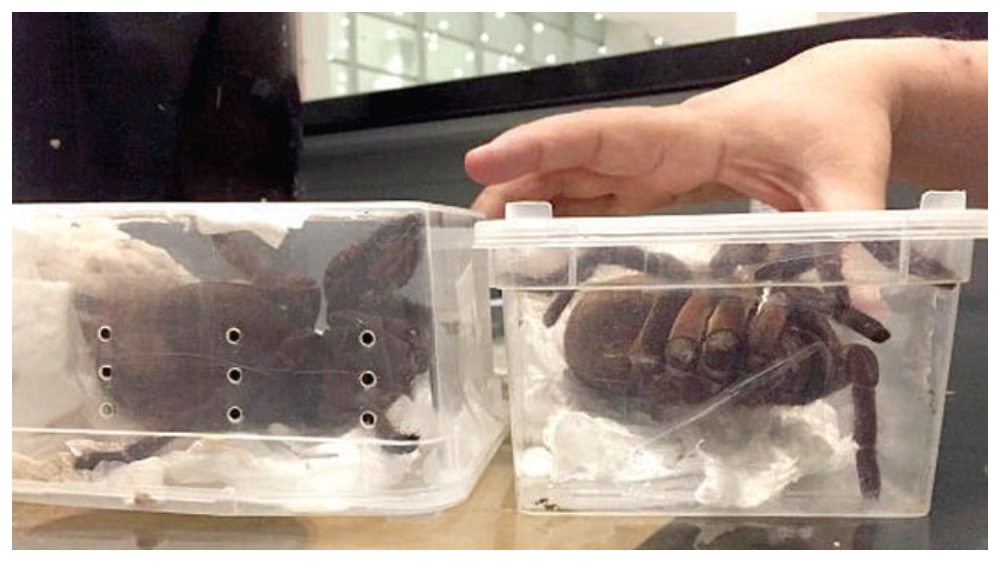 Customs officials arrested a passenger who claimed he was a cloth merchant. They recovered the spiders in his possession, which were subsequently handed over to the wildlife department for further action.

How They Caught The Guy

Superintendent Shaheen Ahmad headed a team to intercept any illegal attempt to smuggle spiders after they were tipped off about it.

This Pakistani Inspector Has Rescued More Than 20,000 Birds From Captivity!

The team found out about the tarantula spiders when they scanned the baggage of one Usman Khan who was travelling to Pakistan from Dubai by Emirates Airlines (flight EK-614). Usman is a resident of Peshawar and is a cloth merchant by profession.

Man held for smuggling tarantula spiders into Pakistan (from China) for a Hakeem. https://t.co/FdDx0ApEH8 pic.twitter.com/x6xJkstnCd

After he was arrested, Usman claimed that he brought the spiders from China for a Hakeem in Peshawar. He further claimed that the Hakeem paid him Rs 50,000 and took care of all his travelling expenses.

He also claimed that this was the first time he smuggled the spiders into Pakistan.

Further Investigation revealed that Usman Khan is a very frequent traveler to China. However, custom authorities did not reveal if Usman has smuggled things prior to his recent arrest.

Reportedly, custom officials were not able to detect the spiders at first. This is because the smuggler kept the spiders in two boxes inside his jacket.

If you are wondering why a Hakeem could need tarantula spiders, studies say that their venom is used for medicinal purposes. It is also used for treating diseases, including cancer. In some countries, these spiders are also used as a delicacy, even as pets!