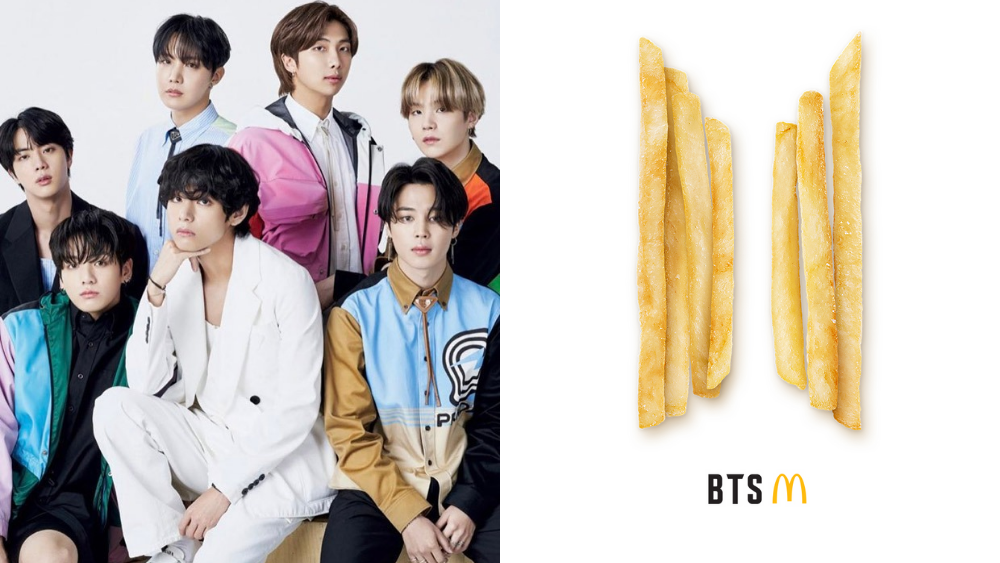 Fast food giant McDonald’s has announced the launch of BTS meal and the Internet can’t help it. Pakistani ARMYs have also joined the party as they are requesting the company to launch the deal in Pakistan as well.

Coming this May: The BTS Meal pic.twitter.com/iarw2gYMsx

The meal, which consists of 10-piece McNuggets, medium fries, a medium Coke will be available in the U.S. from May 26. Along with that, the food chain will also launch two special sauces, sweet chilli and Cajun inspired by menu items in McDonald’s South Korea.

Moreover, the BTS Meal will be the first signature order collaboration, to hit 50 markets on six continents. Morgan Flatley, the Chief Marketing Officer at McDonald’s USA said in a statement,

“We’re excited to bring customers even closer to their beloved band in a way only McDonald’s can – through our delicious food – when we introduce the BTS signature order on our menu next month.”

“The band has great memories with McDonald’s. We’re excited about this collaboration and can’t wait to share the BTS Meal with the world”

As soon as the announcement was made, Pakistani ARMYs were disheartened to discover that the meal won’t be available in Pakistan. And so, they decided to trend a hashtag to request the food moguls to add Pakistan to the list of 50 countries where the BTS meal will be available.

#BringBTSMcDealInPakistan please available this meal in Pakistan too we request you please 🥺🥺 pic.twitter.com/cbcKagRI1N

Dear @McDonaldsPK @McDonalds
can you please bring #BTS meal to Pakistan? We all would really love and appreciate it. 💜 Hope its possible 🙏🇵🇰

A new meme was born.

Me outside: laughing at and making bts and McDonald's photocard memes

Me inside: thinking how it's not even in my country#BringBTSMcDealInPakistan pic.twitter.com/IHPOmM4IN0

The food chain had successfully launched similar limited-edition celebrity meals featuring musicians Travis Scott and J Balvin last year. According to Forbes, Travis Scot earned at least $20 million from the collaboration and it was only available in the US.

Considering the fact that BTS has such supportive fans and that the meal is available nearly worldwide, the collaboration may stand out as the most lucrative deal for both BTS and McDonald’s.

Will BTS Quit Music Over A Career in South Korean Military?