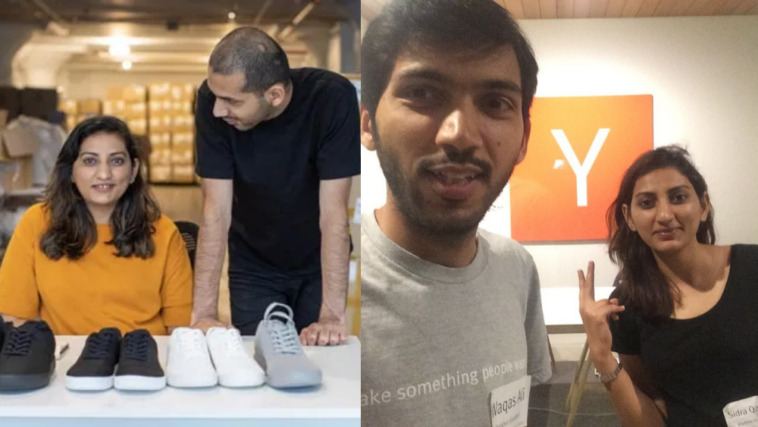 Meet Sidra and Waqas, who describe themselves as ‘just two kids from a small town in Pakistan, who escaped their conservative families’. Years later, they built a whole shoe empire in New York. They are the power couple behind Atoms – a New York-based footwear brand known for its quarter sizes and comfortable sneakers.

In a recent interview with Humans of New York, Sidra Qasim shared her story and opened up about the struggles they faced on their road to success. 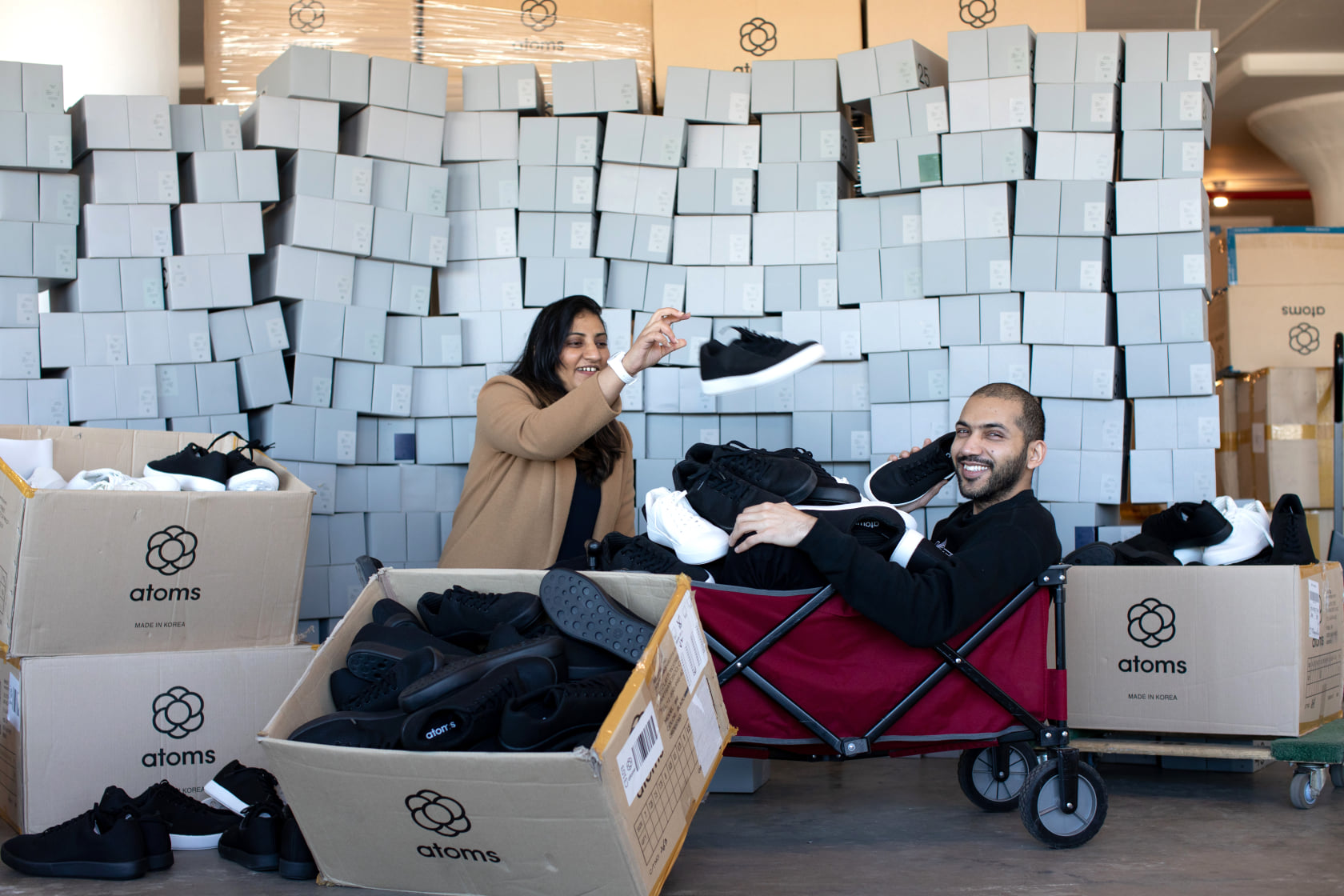 “It’s the same story taught to every Pakistani girl. We are raised from a young age to believe that our purpose in life is to find and keep a husband,” she says in the first part of her interview.

But Sidra had bigger dreams ever since she was a child, and she held on to them although her family pressurized her to get married right out of school.

Hailing from the small town of Okara, Sidra first met Waqas at her aunt’s house. He was one of her aunt’s students.

“We’d discuss life, and society, and human emotions. It became the only chance I had to exchange my ideas with anyone. And Waqas took my opinions seriously,” she says. 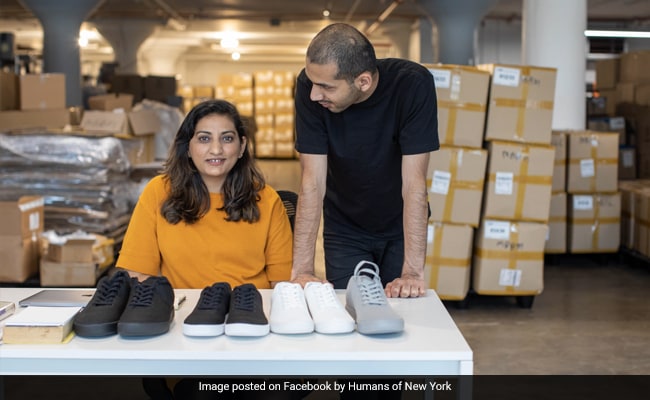 Sidra and Waqas inspire us to aim for our dreams

When Waqas moved to Lahore for further education, he asked her to join him and become a business partner.

“It finally felt as though my talents were being recognized, and the next day I asked for my parent’s permission. But they refused.”

The refusal came as a blow to Sidra, who describes lying restless on the couch for weeks – to the point where it scared her father. Eventually, they agreed to let her move to Lahore, where she began working with Waqas on a company named ‘Social Media Art’ which aimed to help brands establish a social media presence.

But the highway to success was not an easy one for them. The company struggled, but during those tough times, Waqas and Sidra grew closer.

“We never discussed the status of our relationship, but both of us could feel a closeness. We were bonded by our journey. Both of us were defying our parents.”

After a year of rejection, a ray of hope came from unlikely quarters, when Sidra and Waqas met with a group of craftsmen in the local village council of Okara.

“They were making leather shoes on the floor of a two-room workshop.” 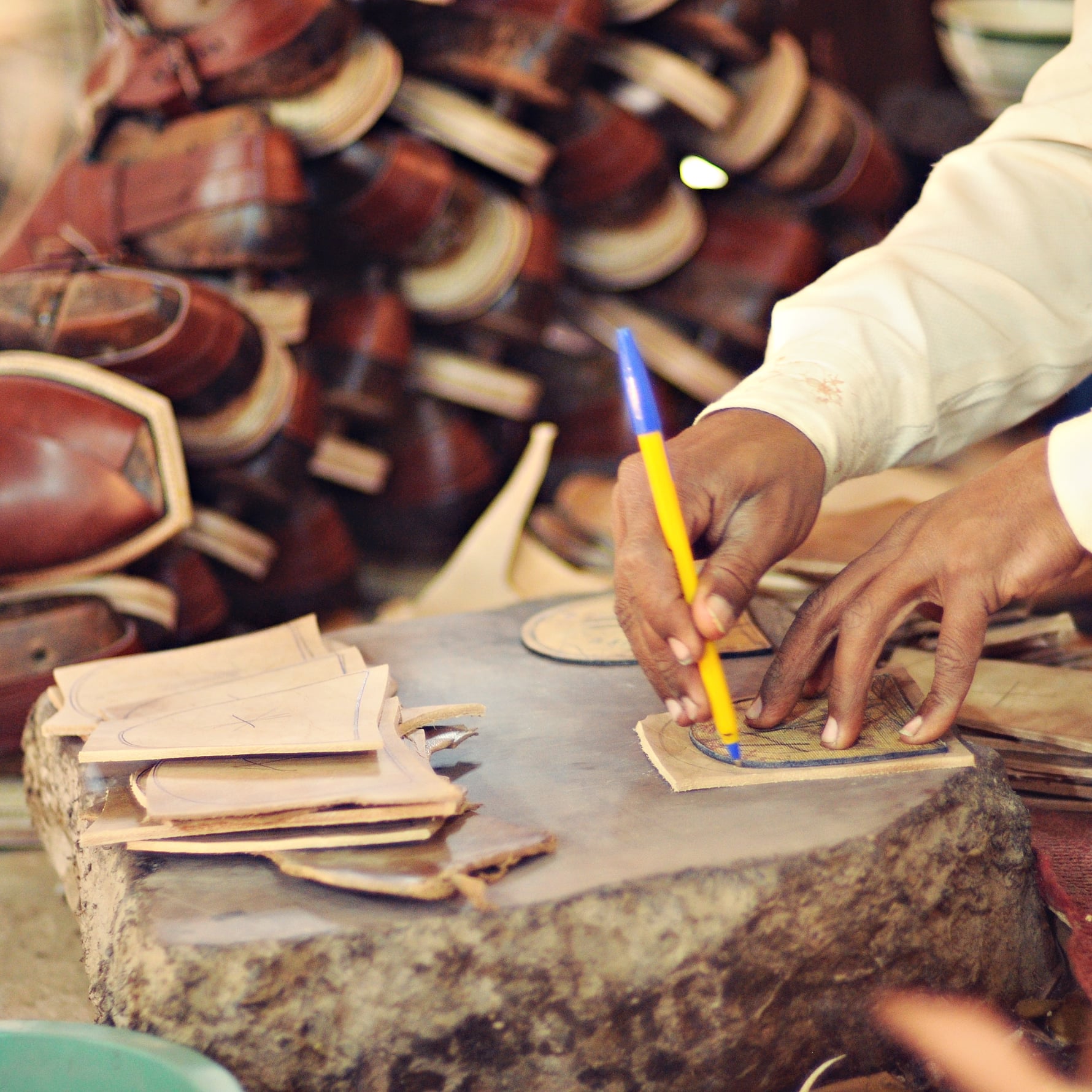 She constantly went back to the workshop for a week, and, in the end, the craftsmen agreed to collaborate with them.

Sidra ensured that the shoes they produced met the highest quality standards, while Waqas worked on the website. 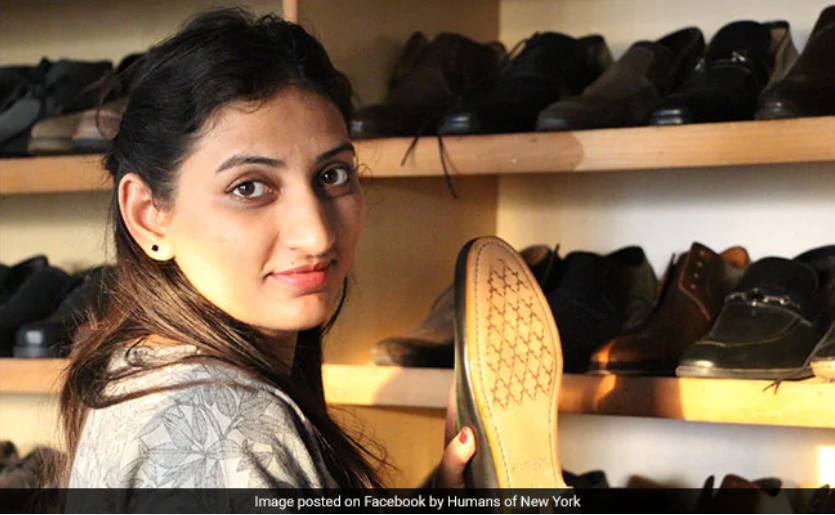 This Startup Grows Shrimp and Lobster Meat in Their Labs, Safe to Eat

But their journey was not easy

The collection was called ‘Hometown Shoes’ and after they launched the website, the first order came in right away. Although they made a loss on the order due to the high shipping cost to France, the couple did not give up hope.

“After a year we were selling about 50 shoes per month. We were happy to have any business at all, but it wasn’t nearly enough to survive,” says Sidra.

They started a highly successful Kickstarter campaign and raised $1,07,000 in 2014 by selling over 600 pairs of shoes. 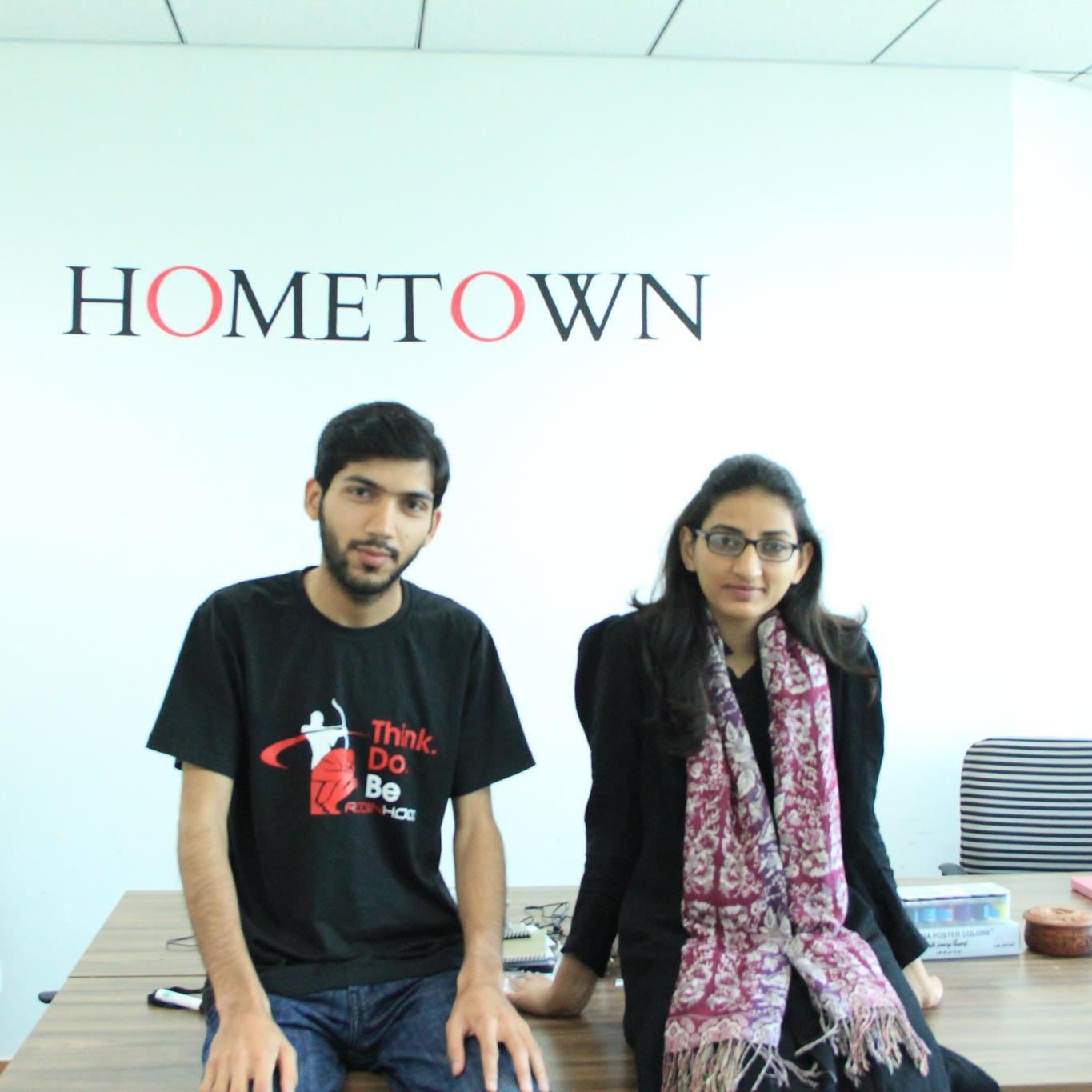 After that, Sidra and Waqas got married in a small ceremony and immediately began to work on their application for the Y-combinator accelerator programme in San Francisco.  Although she describes their interview as a “disaster”, they did get through and moved to the US.

Sidra describes that they made tons of mistakes and learnt from them during their time at Y-combinator.

“We were the only company in our group who didn’t raise money. And to make matters even worse, it had been a formal event… Many of our classmates had dressed up. But none of them were wearing the shoes we had sold them.” 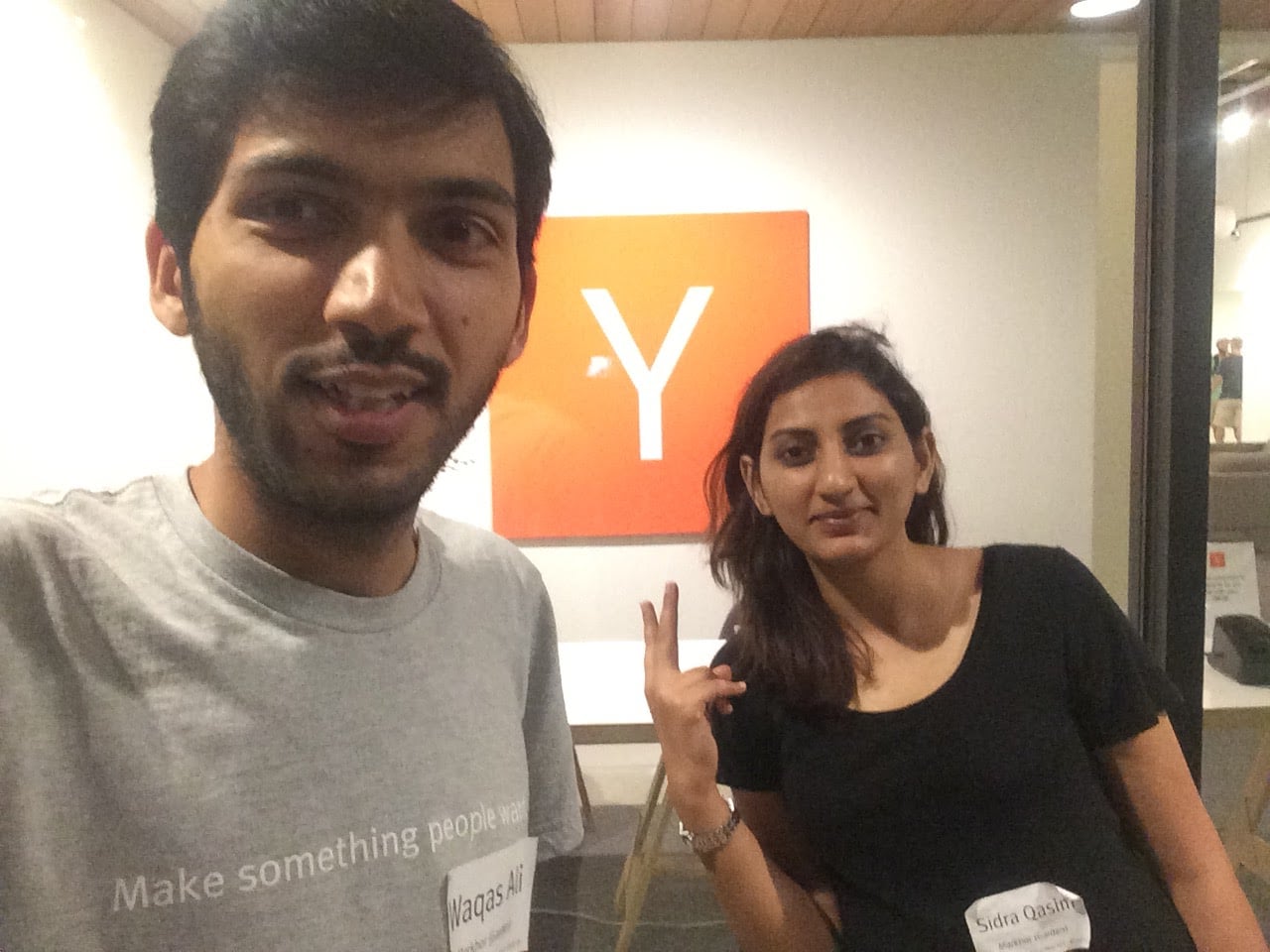 The birth of ‘Atoms’

They did more market research and it helped them understand that most people wanted shoes they could wear every day, and so Sidra and Waqas shifted their focus from formal footwear to casual.

“We researched the highest quality materials, and we put all of our findings into a document called ‘Ideal, Everyday Shoe.’ Then we gave all our notes to a talented designer. Together we built a prototype, and we called them ‘Atoms,’ because we’d gone to the atomic level in search of quality.”

It took them several months to manufacture their first collection and by the time they were ready to launch, 45,000 people had signed up for their mailing list.

“On the first day of sales our website crashed,” says Sidra. 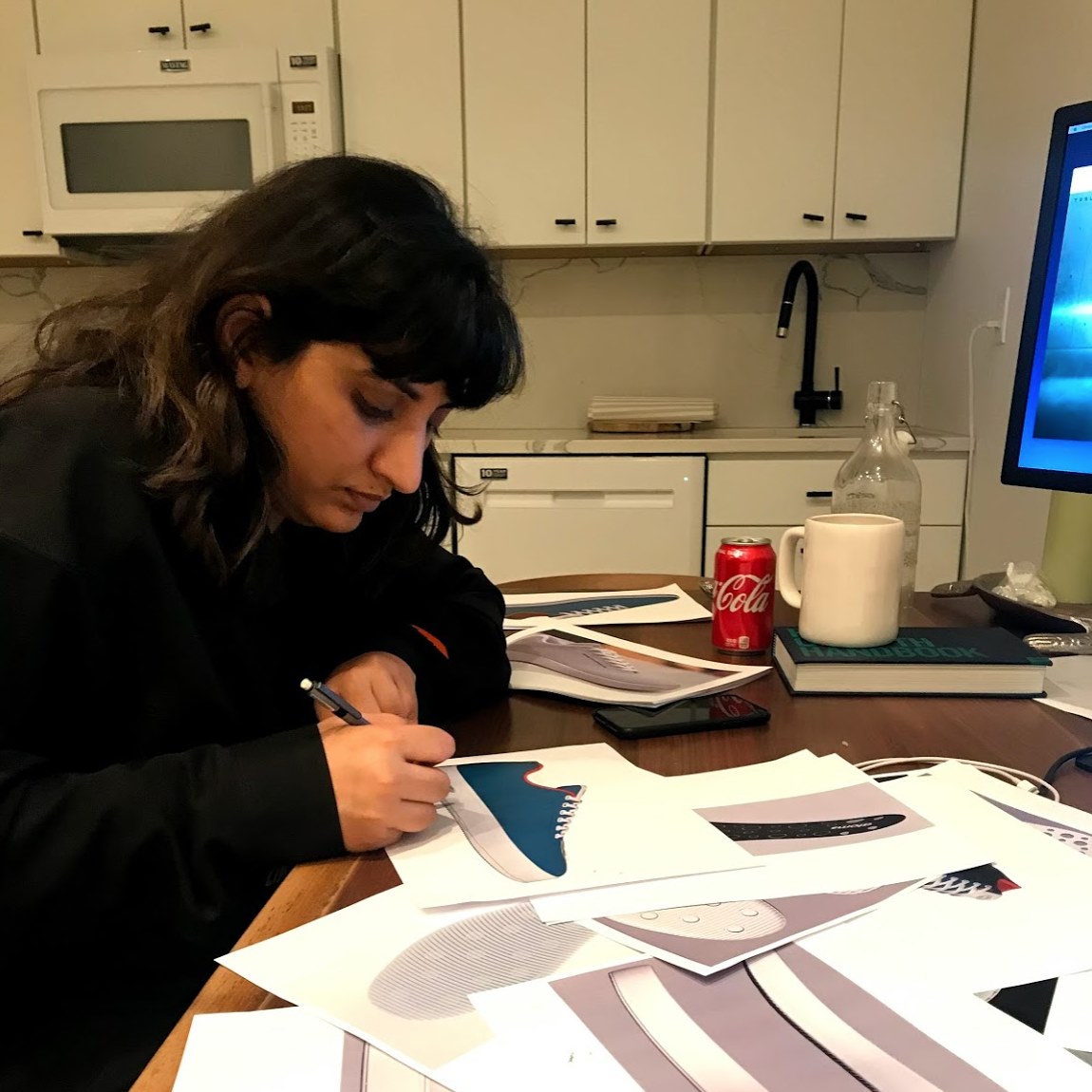 Their company expanded to 25 employees, but they also had to go through a round of layoffs. During the pandemic, Atoms expanded to making masks in order to stay afloat.

“One year later we’ve sold 500,000 of them, and donated 500,000 more. Our shoe business has continued to grow, and once again investors are calling on the phone.”

Concluding the interview, Sidra talked about the change that her business has helped brought about. She has been able to help her family in Pakistan financially. But the biggest transformation, she says, has been in her mother – a school headmistress who now tells her students to be financially independent and learn technology.

“She’s telling them all the things that I needed to hear as a little girl. The road was so lonely for me, and maybe I still carry some unconscious resentment. But my mother has apologized for not supporting me more. And consciously I have forgiven her.” 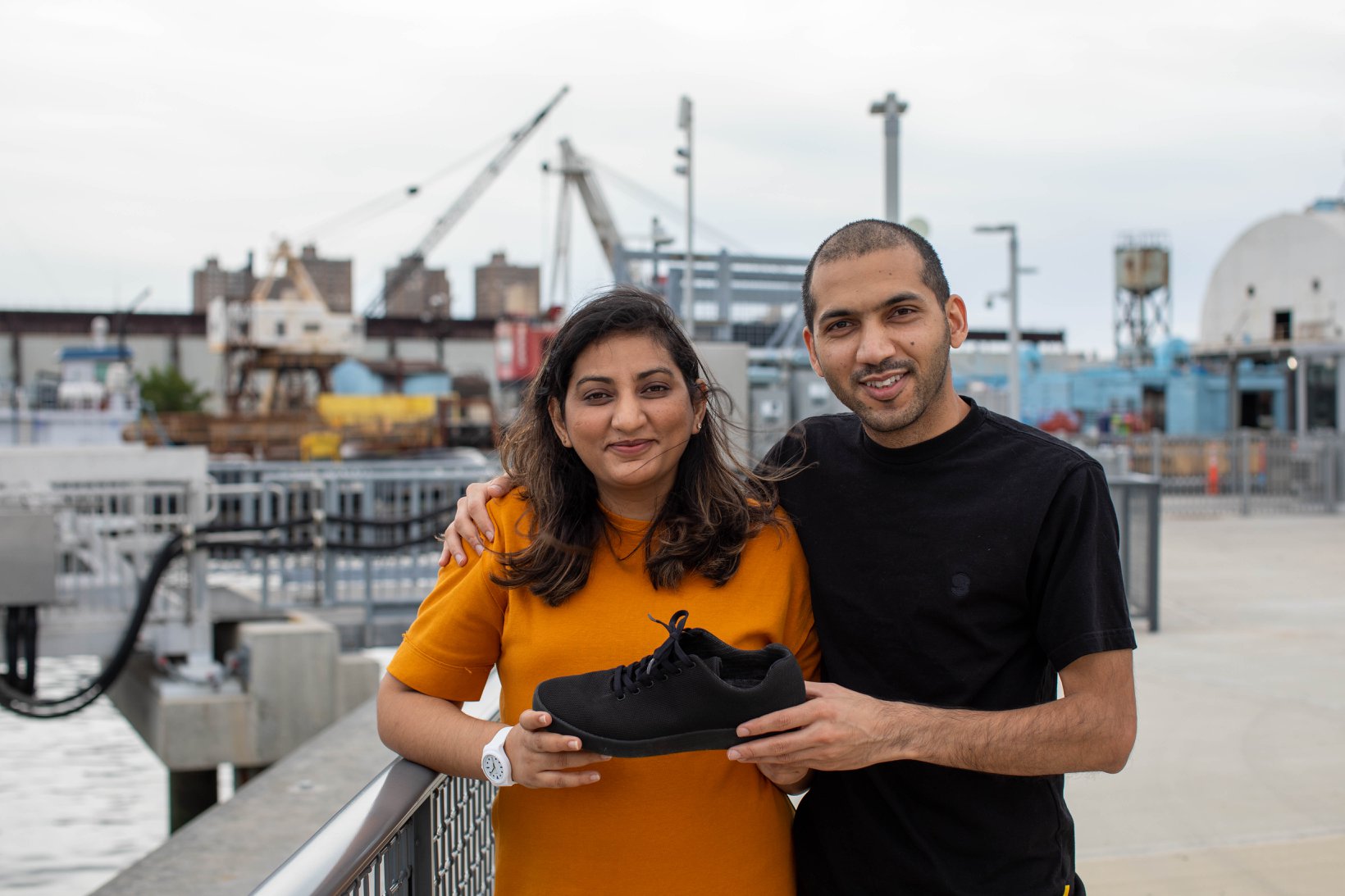 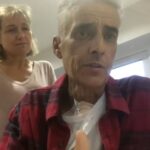 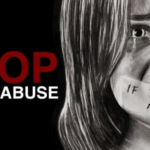